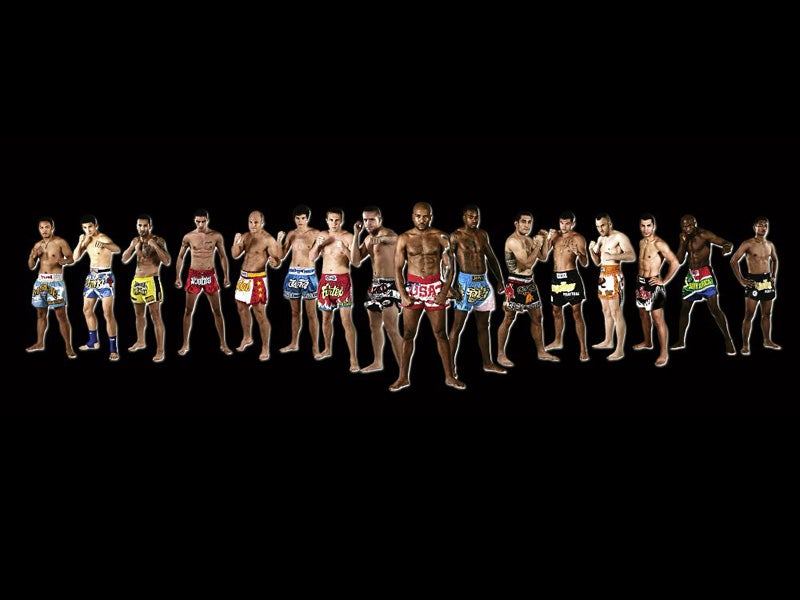 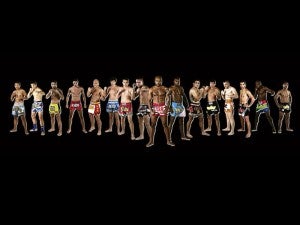 Super caught up with three of the fighters on AXN’s new fighting show “The Challenger Muaythai,” which premiered Sept. 15, and sat with them for a brief Q&A.

How did you get into Muay Thai?

I was too energetic and I’d never go to sleep, so my mum and dad made me take Thai boxing to get me to go to sleep, and I liked it, so I stayed.

Did you train in Thailand?

I trained in Leeds, then went to Thailand to train as well.

Is Muay Thai popular in England?

In my town, there were eight or nine gyms.  It’s a big sport.

Have you ever taken the blows dealt to you in the ring personally?

No, never.  It’s just like any sport.  Just go do your job, I don’t really get mad and stuff.  I just try to focus and do better.

What sacrifices have you done to further your fighting skills?

I used to be a plumber in England, but I didn’t like it, I couldn’t train enough, so I stopped working.  I decided to take up Thai boxing full time.  I haven’t worked for maybe four or five years, I just train all the time.  It’s now my job anyway.

What is a day like for as a fighter?

I get up in the morning, I go straight to the gym.  I go for a run and then do some conditioning work like sit-ups and stuff, then I go home, eat, sleep, get back up, do training again, some sparring, more presses, squats and sit-ups.  It’s like two hours in the morning, three hours at night, so yeah, I get tired.

Do you find time for other activities? What do you do for fun?

I do enjoy this.  It’s probably the most fun thing you can do—if you’ve never done it before, you might not understand why training is fun.  Between fights, when I’m not fighting, I train maybe only once a day and four times a week, so I get to do other things.  But when I’m fighting, I train twice a day so I don’t have much time.

What do you do when you’re not training or fighting?

I like to go out, I’ve got my girlfriend and my friends, we eat and drink, go to the cinema and just do some shopping—everything!  I’m still a normal person, I just have to train a lot.

Does your girlfriend watch your fights?

Yes, she gets scared though.  She doesn’t like it sometimes, but she believes I can do it.

How about your mum?

What was the best thing you picked up from Muay Thai?

I suppose the discipline.  A lot of people from my school were into drinking and taking drugs, but Muay Thai’s made me realize I was doing something good with my body rather than abusing it.  I think discipline and focus is good for my life.

What got you into fighting?

When I moved from France to Thailand with my family, I had no friends, just me, my brother and mom and dad.  There was a camp near my house so we went there, started training a little bit and I made friends.  I continued training with my friends, and that’s how I got into Muay Thai.  It’s where I met my friends and learned how to speak Thai.

How many injuries have you had from Muay Thai?

What do you think you’d be doing if you weren’t a fighter?

What was the best lesson you learned from Muay Thai.

Muay Thai helps you a lot—for your body, and it’s helped me be punctual, too.  I wake up early and train and I’m always on time.  It also helps you to be clean all the time.  It’s good for your life, especially when you’re young, it gives you rules to follow.  When I started I was 12 years old and it taught me discipline.  It also teaches you respect for elders.

You’re the youngest among the fighters at eighteen, how has that affected your outlook in the competition?

It doesn’t bother me at all, it just means I’ve got more to learn and I can learn what I need to from these fighters.

How do you guys manage to separate yourselves from the fighting in the ring and go home together to live under one roof?

For me, it’s just a game.  You go in there, and do what you gotta do.  Afterward, it doesn’t mean anything, you can still be friends.  A lot of my good friends I met through fighting and are people I’ve fought with before.  It’s good.

What plans do you have after the show?

I always planned on going to Bangkok and living there for as long as I can and fight until I can’t fight no more.

How do you cope with injuries?

I’ve been pretty lucky and haven’t any serious stuff, and I’m still young so I can bounce back really quick.  Once you get an injury you just have to rest until it’s fine.  You can’t really work around it much.

What was the best lesson fighting taught you?

Fighting’s taught me a lot of respect and discipline.  People who knew me before Muay Thai knew I was a bit of a brat but now I have complete respect for my elders and focus on what I need to do instead of just running around and being stupid.

What do your parents think of your decision to become a fighter?

My parents support me a hundred percent.  They enjoy going out and watching me, especially if I’ve been bad at home, they love watching me get slapped around a bit (laughs).  They support me fully and it’s good to have them behind me.

The Challenger Muaythai airs on AXN Thursdays at 10 p.m.