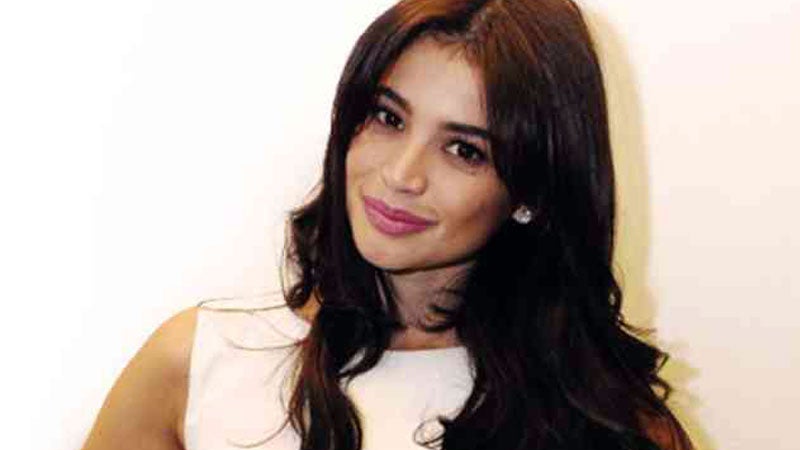 How Anne Curtis regained her abs–without going to the gym

“Abs are made in the kitchen,” declared Nadine Tengco, Unites States-certified nutritionist to celebrities.

Despite the painful truth, it didn’t keep media members away from the buffet table at Hotel InterContinental during the launch of Century Tuna (CT) Superbods Challenge.

For those aiming for a bikini body this summer, CT’s campaign consists of a six-week nutritional plan, designed by Tengco, and a home-based workout using body weight, created by master trainer Jim Saret. (His claim to fame: he trained contestants of the Philippine franchise of “The Biggest Loser.” They were the only ones in the entire global franchise who proudly took their shirts off on TV after losing weight.)

The public can avail themselves of these programs in the website www.centurytuna.ph/superbodschallenge.

“Even if you do 500 sit-ups or crunches a day, it (belly fat) won’t go. Seventy to 80 percent of weight loss comes from diet,” Tengco maintained.

Actress Anne Curtis, Century Tuna’s ambassador, learned it that way. Last year, she asked Tengco to make a nutrition program as she was girding for her 2014 concert. Although Curtis wasn’t pudgy, she was getting puffy as a result of her eating habits.

Initially, Tengco put her client on an anti-inflammatory diet. It is based on the premise that inflammation is part of the body’s immune system that is involved in healing. However, when inflammation goes out of control due to stress and poor diet, it leads to ailments, bloating and weight gain.

Tengco put Curtis on a week of detoxification with juices, supplemented with superfoods with plant-based proteins.

“Weight loss is an uphill battle. Even with diet and exercise, the body fat won’t go away. You’ve got to quiet the hormonal chatter. The detoxification resets your system and brings down the inflammation,” explained Tengco.

When Curtis was ready to eat solids, the nutritionist devised meals that chucked in the food that caused inflammation, among them Curtis’ favorite chips and cheese, and food that contained allergens such as wheat, dairy, peanuts, artificial sweeteners.

During the Christmas holidays, Curtis went to Canada with her boyfriend, celebrity restaurateur and triathlete Erwan Heussaff, and model-actress Isabelle Daza who was also Tengco’s client. Daza would be texting Tengco, saying that Curtis was cheating on her diet.

In an interview with Inquirer Lifestyle, Curtis admitted that she let go during vacation. Blame it on the poutine, a French-Canadian dish made of fresh, hand-cut potatoes in lard, and smothered with thick gravy and white, cheddar cheese curd. It was her favorite comfort food after skiing.

Tengco was on a trip to Machu Picchu, Peru, when she received an SOS message from Curtis. She had a photo shoot for the CT Superbods Challenge campaign and had to get in shape for her new TV series, “Dysebel,” the iconic komiks story of a mermaid.

“It was pressure for me when I learned about it,” Curtis recalled, realizing that the mermaid’s body is partially exposed.

Still, Tengco devised a rapid weight loss but sustainable program that was similar to a boxer’s diet.

“It’s a defense plan. You bombard it with nutrients so that the body doesn’t crash. I gave her detox juices with superfoods such as maca powder, chia seeds and spirulina which contain nutrients that urge the body to lose weight. The lemon and tanglad (lemongrass) waters flush out the toxins and curb inflammation,” explained Tengco.

After a week of detox juices called “belly trimmers,” Curtis started eating a diet rich in fish fat, green leafy vegetables and psyllium, a fiber that substitutes for corn starch, legumes and salads.

The final phase of the program included bringing back some whole wheat and gluten, restricted to five times a week to avoid allergen build-up and weight gain.

Did the actress get any withdrawal symptoms?

“During the first two weeks, I didn’t have a midnight snack. That was when I was getting cranky. I wanted to finish it already. I was so hungry na!” said the actress in her trademark squeak. “I started making my own (snacks) like tuna lettuce wrap—no crackers ’coz it’s wheat. I’d add quinoa instead of rice. I’d cheat on a Sunday. I’d fry hot and spicy tuna and mix it with raw egg.”

Instead of going to a gym, Curtis would play her DVD workout at home. The Insanity Workout is a 45-minute routine  of plyometrics, upper body resistance, cardio and ab exercises, based on high-intensity maximum interval training. You basically push yourself to the limit in exercises that are set within a short time frame and take a short break to catch your breath. This training level boosts the metabolism and triggers the body’s fat-burning hormones.

The actress admitted that she was at her heaviest at 116 lbs. For a female who stands 5’5, that’s normal weight. But in the abs-obsessed show biz world, that weight is considered pudgy.

“I don’t measure. I buy jeans instead. At one point, my jeans were getting too tight. Now my jeans size is down to 25, yeah!” she squealed.

During the CT launch, Curtis proudly wore a white cropped top that brandished her chiseled belly, and electric-pleated palazzos. The media members gushed, and one of them asked why she would still make the effort since she was already sexy.

“If you saw my pictures before, my face was chubby. Last January, I underwent Nadine’s program. I was determined to reach a goal; I don’t want to be skinny, I want to be fit and toned before I turn 30,” she said.

Her endeavor was made easier with a support and a conscience.

“Erwan was a big influence,” said Curtis. Heussaff himself lost weight from 245 to 150 lbs and has kept it off since.

“He keeps me on track, especially when I want to cheat. He tells me, ‘You’ve worked so hard, why do you want to cheat? I’ve now inspired him. If I don’t finish my food, he asks to taste it. He gets his own ideas on how he can make his own version of the Century Tuna diet. We have so much tuna at home. He also recommends tuna in a diet,” said Curtis.

Tengco’s meal plan challenges our conventional notions  that exercise will slough off the excess fat and that activity increases metabolism to burn more calories.

“Pinoys tend to binge, then workout, or worse, workout then binge,” said Tengco.

Actor John Lloyd Cruz also took up the CT Superbods Challenge diet until the end of April. Despite his accident and only two weeks into the program, he was responding quickly, said Tengco. He’s targeting a 32- to 33-inch waistline and a body mass index of 11, a standard for athletes.

Unlike Curtis, who likes Westernized meals such as tuna mango cakes, Cruz favors Filipino food such as arroz a la tuna. Tengco created recipes in the CT Superbods Challenge such as tuna sisig, nilagang baka and absilog (low-calorie tapsilog for the abs.)

“Every day you can have eggs which are high in vitamin D, and they curb your appetite,” said the nutritionist.