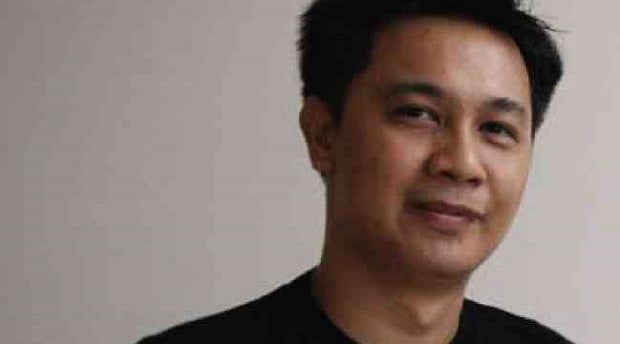 In the Acts Room of St. Peter’s Memorial Chapels in Quezon City, a roomful of artists, colleagues, friends, family and acquaintances gathered to pay respect to artist, teacher and Filipino arts advocate Don Maralit Salubayba, who at just 35, was one of the country’s most prolific visual artists.

His works and talents heralded an international career, and his passing rippled through an ocean of friendships and associations in the United States, Europe, Australia, other parts of Asia and, of course, the Philippines.

Don’s art was recognizable and idiosyncratic, anchored in allegory—muted colors masking disappearing figures, people in old photographs arranged in imaginary landscapes that connected the folkloric to the contemporary, linking the historical to the banalities of the present.

There was implicit politics in his paintings—some majestically large, like his wall piece for the 2012 Kuandu Biennale in Taiwan; others, intimate explorations that took him to residencies in New York, Taipei, San Francisco, Singapore and Fukuoka, among other places.

Recently his figures marched through the floors of the Vargas Museum, like communities in the act of nation-building or on an elaborate funeral procession. His works were also characterized by child-like playfulness and curiosity, which explained his parallel life as a member of Anino Shadowplay Collective, a family of interdisciplinary artists whose visionary works have negotiated with the world of light and shadows in performance spaces in Patras, Hanoi, Jakarta and Sydney.

Among those who knew him, Don was known for being a loving husband to OJ, a beautiful father to Amaya and Elias, a devoted son to Carlitos and Flocerpida, and an affectionate brother to Reden, Deo and Donna Mae. He was also known for his unbounded humor, a limitless sense of glee at the absurdities of the world, and for being an incredibly generous company and amusing tour guide to many visiting international friends and artists.

Don Maralit Salubayba connected many people together, across continents and across the invisible boundaries of cultures. Margot Fonteyn once said: “Great artists are people who find the way to be themselves in their art.”

If that is so, then Don would be walking in the vast allegories of his paintings and drawings, laughing big-heartedly and venturing to the edges of delirious humor.

Paschal Berry is a Filipino-Australian director and dramaturg.