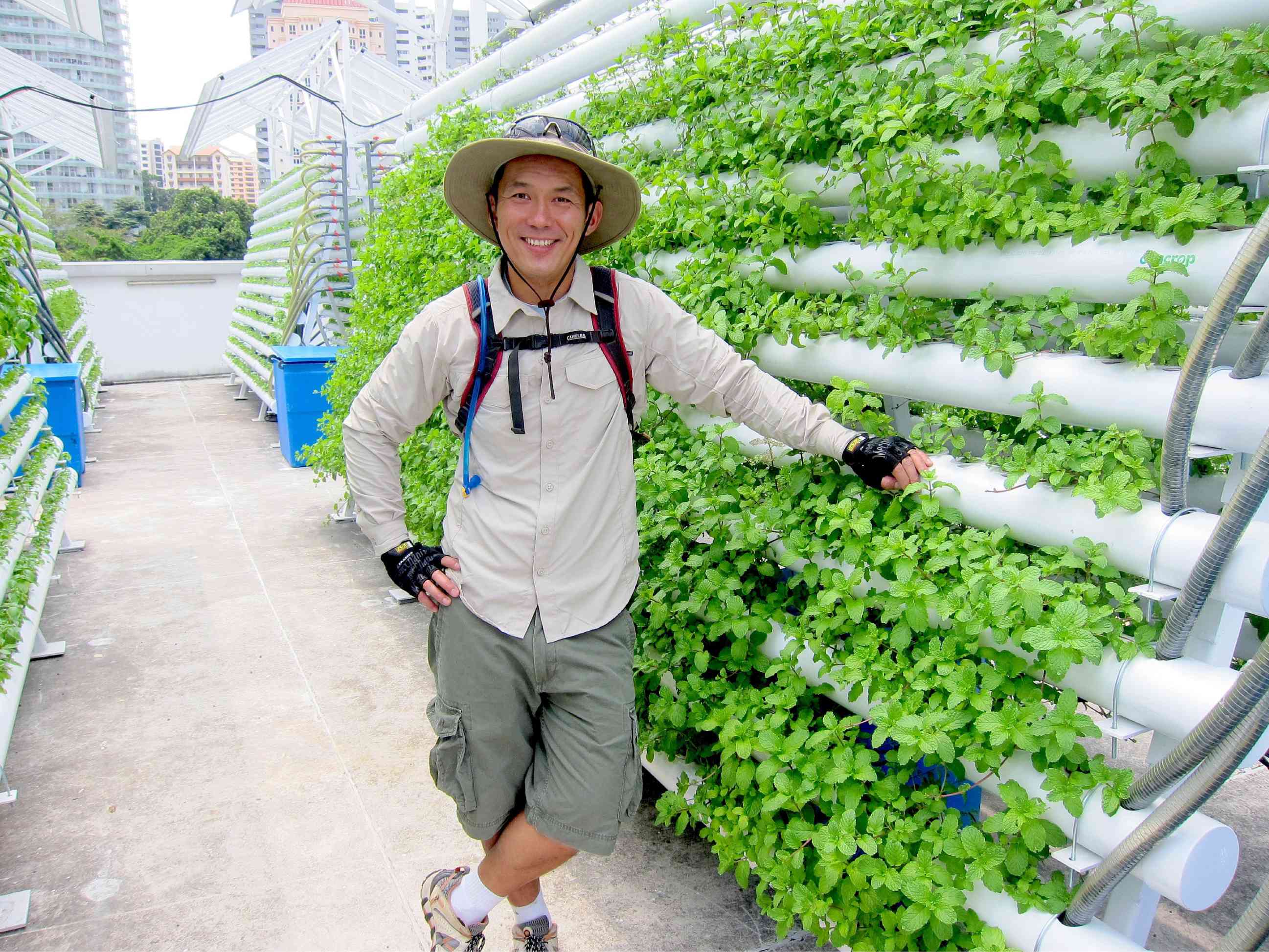 Farmer on the Roof 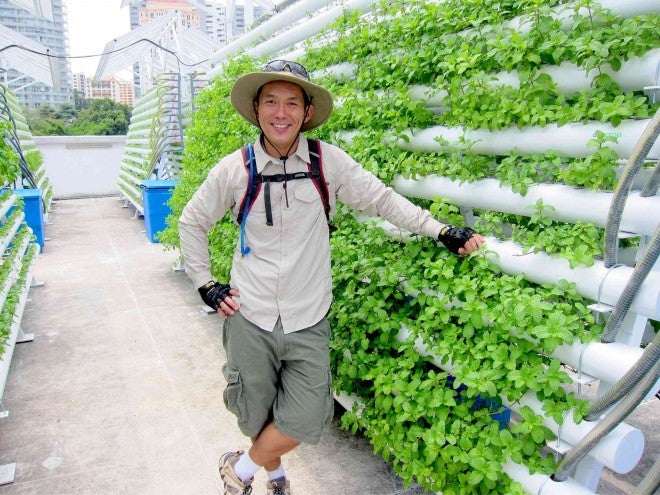 One of the key elements to living healthy is eating fresh produce to minimize our intake of preservatives and processed foods.

But how do we get access to fresh produce in the heart of the city? While we can go to market everyday for some fruits and vegetables, the fact is, it still takes a day from say, mangoes, to travel from Guimaras to Manila.

Fortunately, people have learned to adapt. Today’s urban farmer has created a way to plant in the concrete jungle, which allows restaurateurs and consumers easy access to fresh produce.

Take note that this is not rooftop gardening but rooftop farming. Its purpose is commercial; planting for a community and for trade, and not just as a hobby.

Keith Loh, founder of Comcrop in Singapore, was in fact a restaurateur before he became a rooftop farmer. He noticed how difficult it was for food and beverage establishments to get premium quality produce at cost- effective prices. So he studied aquaponics and merged this with the concept of vertical farming to create his rooftop farm where crops are grown without soil.

“How can you plant without soil?” I asked. I would not believe it myself if I had not seen it with my own eyes. “Isn’t soil the source of a plant’s nutrients so it can grow?” I argued.

Apparently, what plants or crops need are water and air; the soil is just home. Proving that home is where the heart is, aquaponics allows pipes to be the home for plants, making vertical farming possible. A “fish farm” (a tub for tilapia the size of an ice cream fridge) is placed right beside the pipes and has two tubes connected to the pipes where the crops are laid out. One tube sends the plants’ fertilizer in the form of poop from the tilapia, while another tube supplies the plant with water.

It is an incredible system. The giant pipes, laid out in the shape of a giant Toblerone, comprise the farm. The farm I saw was on the rooftop of Scape in Singapore. Beneath the farm was a mall! I suddenly imagined the malls of Manila all having rooftop farms.

“With the use of aquaponics, a close-looped system is created which requires chemical-free farming practice, ensuring that the produce is also natural and clean,” Loh explains.

I tasted the tomatoes. So juicy! And, better believe it, these were picked straight from the farm on the roof! —Margaux Salcedo