How hot bodies get even hotter | Lifestyle.INQ ❮ ❯ 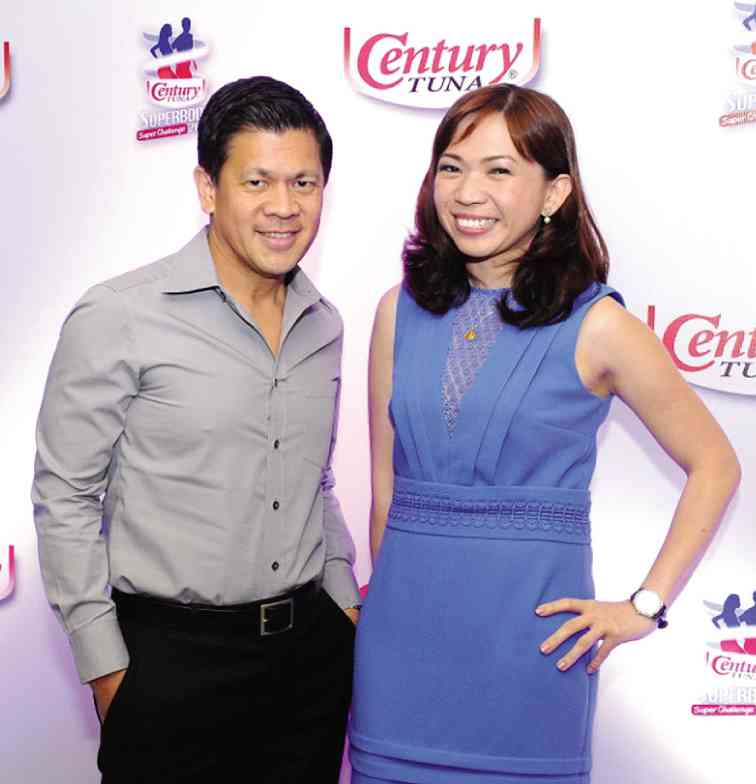 How hot bodies get even hotter

It was a really hot day, dahlings, when that multifaceted woman made her grand entrance in a white crop top and sheer blue palazzo pants, revealing her slim body.

Century Tuna ambassador Anne Curtis, gorgeous to look at and adorable to know, headlined the launch of the hotter and sexier “Century Tuna Superbods SuperChallenge 2014” at the Bahia Room of InterContinental Hotel that sizzled as she entered.

“We all know that Century Tuna Superbods is one of the most awaited summer events in the country, and this year, we did our best to offer something new,” the well-respected and well-liked Greg Banzon, Century Pacific Food Inc. general manager, noted.

Along with Century Tuna group product manager Gela Gamboa, Banzon invited everyone to take their SuperChallenge, through the campaign “Everybody can be a Superbod,” featuring this generation’s favorite leading man, the quiet, observant and intelligent John Lloyd Cruz. JLC was presented as the Superbod touted “to inspire Century’s loyal customers to take their own journey toward health and fitness.”

But the highlight of this beautiful happening, palangga, was the first public viewing of the product’s TVC and its behind-the-scenes feature for this year’s Superbods SuperChallenge featuring Anne, John Lloyd and “Boys Night Out” DJs Slick Rick, Tony Toni and Sam YG. Wow! is all I could say, dahlings.

Up front was US-certified dietitian Nadine Tengco and fitness expert Jim Saret, who discussed the Superbods Diet and Workout Plan that John Lloyd and the “Boys Night Out” boys will be following.

The launch was just a prelude to the much-anticipated Century Tuna Superbods SuperChallenge 2014 set in Boracay on April 25-27, where the Superbods will be in competition with the sexiest hunks and va-va-voom females, with a healthy body and passion for an active lifestyle, natch.

It’s definitely going to be a long, hot-hot summer before you can even bat an eyelash!

It is packed with red vine leaf extract, a special type of flavonoid derived from a unique variety of grape leaves which helps improve the natural blood flow in the legs and further allows the soothing properties of menthol and peppermint oil. The Antistax Cooling Leg Gel offers a cool way to refresh tired, stressed legs, and the metro’s most fashionable definitely took it in stride.

Celebrated fitness instructor Gelli Victor walked the invitees through the importance of leg health for all gals who often take their legs for granted, resulting in often painful consequences.

Women who make strenuous footwear a part of their everyday wardrobe, engage in high-impact workouts, don’t get enough exercise, have undergone multiple childbirths, have unhealthy diets, or are experiencing signs of arthritis or rheumatism at any age are at risk.

Gorgeous guests Maggie Wilson Consunji and Nicole Andersson, both famous fashion-lovers and active personalities, understand this unsightly and uncomfortable sensation in their leg areas. By gently massaging the Antistax Cooling Leg Gel in the problem areas, they enjoyed instant relief for their overworked legs.

One of my favorite TV stations is, without batting an eyelash, Channel E!, dahlings! The 24-hour destination for a “Pop of Culture” launched its first Asian reality show “It Takes Gutz to Be a Gutierrez” starring none other than the stellar Gutierrez famille.

Superbly hosted by Drei Felix, this new (and, I’m sure will be so much fun) show was attended by no less than NBC Universal vice president of channels for Asia Scott Mckenzie, who jetted in from Singapore and introduced the one-of-a-kind vivacious Annabelle Rama, her husband el simpatico Eddie Gutierrez and their children, gorgeous Ruffa, Richard and Raymond as their newest reality stars of E! Joining them, dahlings, were NBC Universal country manager Liza Latinazo; regional marketing director Hannah Deeth; and One Mega Group founder and CEO, my beloved “cousin” Sari Yap, whose smart and talented production team is helming the six-episode series.

“It Takes Gutz to Be a Gutierrez” will be set on a cruise ship, and promises to deliver a rare look into the famille dynamics of the famous, sometimes controversial, Gutierrezes, plus appearances of other famille members and celebrities close to them, palangga.

“It Takes Gutz to Be a Gutierrez” is tentatively scheduled to premiere by the end of May this year on E! SkyCable Channel 57, Cignal Channel 25 and Cablelink Channel 33.

Yeah, dahlings, just can’t wait to watch this fab show, since I’m a close pal of the famille!