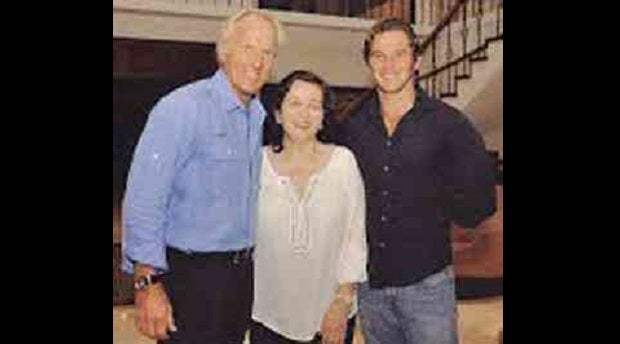 It has been quite a season of parties, celebrations and business launchings. Or ask Kaye Sala and Cybill Gayatin whose A-List enterprise for events has had Cebu hopping from one bash to another.

Margaret Richards Taylor hosted one of the best attended cocktail parties followed by dinner at her home in Country Club Village, with Cebu’s top drawer set filling every table.

It was in honor of her son-in-law Greg Norman Sr. who breezed into town with his son and namesake Greg Norman Jr. The world famous golf champion came with top executives from Great White Shark Ltd., Norman Sr.’s golf course design company which will set up one project in Dakak, northern Mindanao.

The Normans are also into eye wear, real estate and wines with the Greg Norman Estate label. They were served that evening, and yes, they are now available in Cebu at Bibendum, Margie Taylor’s popular wine shop.

Café Laguna catered under the solicitous supervision of Teresin Mendezona, who also made sure Margie’s house was filled with beautiful flowers.

Some of those present recalled parties like this one which were hosted by Margie’s late parents Cres and Moning (nèe Corominas) Richards at their sprawling home in Jones Avenue.

The Cohen Lifestyle Center in Cebu was launched with an exclusive gathering at La Tavolata di Abaca. Present were those who have gone through the diet and succeeded, plus those who wanted to know what it is all about.

It is really about healthy living which is tantamount to healthy eating, as everyone was informed by the Cohen Lifestyle high priestesses: CEO Barbara Young,  executive director Dr. Angela Bandola and CFO Regina Chuvaon.

They have all gone through the Cohen mill and now sport svelte figures, which they show in contrast to “before” photos flashed on a power point presentation. Guests were most attentive to the rationale they gave, and partook of that special gastronomic fare identified with the program.

Abaca executive chef Wade Watson prepared it all just for the occasion: seared US rib-eye, poached prawns, mushroom frittata and chicken/lettuce salad served atop a saltine, or was that toast Melba?

There were blended fruit juices but I succumbed to temptation when Kaye offered a glass of chilled white wine. It can be a digestive. And to prove it one day, I’ll seek out that booklet I bought 50 years ago titled “Eat, Drink and Be Thin.” Like the Cohen diet, the no-nos were carbohydrates.

The summer solstice this year comes on June 21, but the Fashion Council of Cebu couldn’t wait, and that’s how it titled a fashion parade of its latest output for the hot season, at The Gallery of the Ayala Center Cebu Expansion.

Beautiful music played courtesy of a string ensemble from the Cebu Philharmonic Orchestra, and there was Susan Sala to lend all-out support. The orchestra sounds divine and one can listen to it all night long.

Junjet Primor directed, Doro Barandino did the stage design, while hair and makeup were the concern of Emi Ayag, Ramil Solis, Martha Opolentisima and Erika Diaz.

Rockwell Land launched its first development in Cebu, aptly named 32 Sanson, simply because that is its location on Sanson Road in Cebu City’s Lahug area. It is quite a chunk of real estate.

It was formerly the house and workplace of the late  Maria Montenegro de Aboitiz and her top-of-the-line export furniture in rattan and other materials with the Mehitabel label.

Guests took a peek at the two-bedroom model unit with its wide windows and high ceiling. There to collect due praise was Butch Valdez, interior design consultant. He is based in Los Angeles and has worked with Rockwell Land for 18 years.

It was nice to see doña Maria’s children Luis Aboitiz with wife Annie and Josephine Aboitiz Booth. Near them was Fr. Amiel Bormeo who blessed the model unit. He is young and dynamic, and hails from Southern Leyte, he told Margie Lhuillier.

Ed Gallego was there with wife Bernadette (nèe Borromeo) and their children Mirella and Martin. Ed and Mirella are the architects of 32 Sanson.

A jazz band played very pleasant music under one of the big trees in the garden. At a given moment, and to cap the evening’s program there was a magnificent display of fireworks, so high up in the sky it was seen all over Cebu.