Coke is not just about soft drinks | Lifestyle.INQ ❮ ❯ 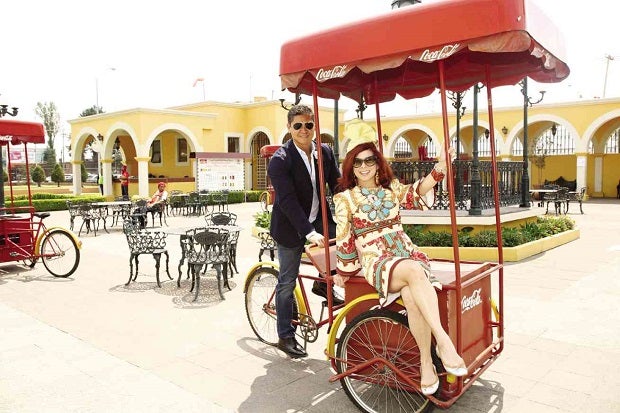 Coke is not just about soft drinks

The Coca-Cola Facebook page has over 81 million “likes”! With such numbers of followers posting photos and sharing Coke stories, it must be one of the busiest pages on social media.

As I looked through the pages, I noted that the place where most of the people talked about Coca-Cola was Mexico City. That was a surprise, because I thought the Philippines was one of the most Coke-loving nations on earth and might have topped the list.

I found out more about Coca-Cola when I recently visited Mexico on the invitation of Coca-Cola Fomento Económico Mexicano, S.A. de C.V. (Femsa). This company is the largest publicly traded Coke bottler by volume. Not satisfied with bottling the beverage all over the Americas, last year it bought 51 percent of Coca-Cola Bottlers Philippines Inc. (CCBPI). The deal also includes an option to buy the rest of CCBPI over the next seven years, which would then give Femsa full access to our country’s numerous Coke drinkers.

Coca-Cola Femsa’s ticker symbol is KOF and, in the Philippines, it is committed to innovation and growth opportunities. The Philippines is the 10th country that KOF does business in, the first outside Latin America. KOF’s investment in CCBPI is a statement of its confidence in the strength and resilience of Filipinos, and it will be great for the country as it continues to invest here.

But of course, for me, the main attraction of Mexico was the chance to visit that country itself. Philippine Tatler editor in chief Anton San Diego and I joined a select media group that flew to Central America. Without even batting my false eyelashes, I made sure to clear my social calendar and make it to this wonderful adventure.

Juan Carlos Domínguez, Cola-Cola Femsa corporate affairs director for Asia, joined us for the exposure trip to learn more about the company’s operations. A full agenda of Mexico City highlights, a Monterrey visit, and Femsa plant tours were arranged months ahead to make sure we would have a grand time. The itinerary wonderfully included lots of shopping opportunities between the beautiful sites.

After checking into a hip boutique hotel, Condesa DF Hotel, the group got on a hop-on, hop-off double-deck bus called Turibus and did the Mexico City Tour. At the Metropolitan Cathedral stop, we marveled at Mexico’s national cathedral and did a bit of shopping for local arts and crafts at the street market.

El Zócalo, officially known as Plaza de la Constitución, is the main public square and one of the most recognizable places in Mexico City. It has a giant Mexican flag at its center and has been the centerpiece of public gatherings since the days of the Aztecs.

Upon request, we also got to see the miraculous image of Our Lady of Guadalupe Shrine. Cat Avelino, external communications manager for Coca-Cola Femsa Philippines, arranged for us to visit the main church, where the image is framed at the altar, as well as the other churches in the complex.

Right after the visit, I did some speed shopping of all the versions possible of the Guadalupe image, from rosaries, holy water, magnets and pendants to pencil boxes, aprons, bags and shirts. Thank God, the Inquirer’s Nilo Paurom is a light traveler and kindly offered me his luggage allowance.

The following day, the Manila group had an informative guided tour of the National Museum of Anthropology. Located within the famous Chapultepec Forest, the extensive museum holds artifacts from Mexico’s pre-Columbian epochs, including the famous Piedra del Sol, the famous Aztec Calendar Stone, as well as the famed 16th-century statue of Xochipilli, the Aztec god of arts and dance.

We also got to tour Teotihuacan, where some of the largest pre-Columbian pyramids are located. One of many Unesco World Heritage sites in the Mexico City region, the site contains many popular constructions, including Palace of the Plumed Butterfly, which showcases various columns of winged creatures, and the awesome Pyramid of the Sun, which sits at the heart of the small city.

Unfortunately, it was the day of the winter solstice so there were too many people lining up to climb the pyramids. Before heading back to the city, we had a scenic lunch at La Grota, a restaurant in a cave next to the pyramids.

Our business day was at the headquarters of Coca-Cola Femsa, where we met its CEO John Santa Maria. He gave us an overview of the business and other important affairs of the company. “Sustainability and Active Healthy Living at KOF” were the key themes. Santa Maria said the company is excited to be in the Philippines and doing CSR projects through the Femsa Foundation.

We also did a plant tour, of course. The KOF Toluca Plant was quite interesting. We saw how efficiently and rapidly the different Coca-Cola beverages are made. Toluca has the most advanced production system with the least amount of water wastage.

Plant director Ivan Morales told us that a similar plant will soon be open in the Philippines to supply the Luzon area.

KOF is committed to extending its strong sustainability heritage in the Philippines through various programs in community development and environmental management. It has partnered with Teach for the Philippines to implement the Coordinates for Life (CFL) program in public elementary schools. CFL aims to equip young Filipinos with the necessary life skills in order to help them cope with everyday challenges.

In October, KOF will bring a carefully curated exhibit of some of the company’s extensive collection of Latin American art pieces. The exhibit will be housed in Ayala Museum. This will be a great chance for Pinoys to learn more about this company that not only does business brilliantly, but also focuses on CSR and cultural projects.