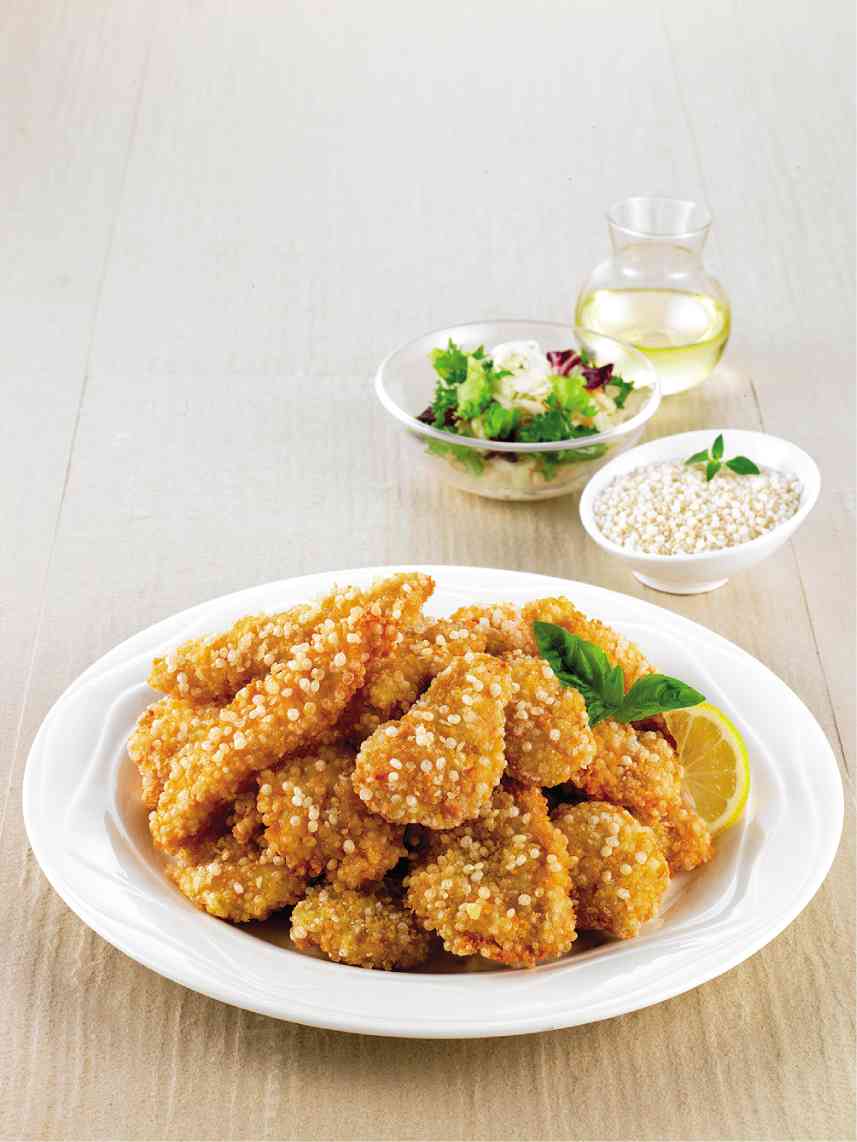 BONELESS and skinless breast and thigh meat, dipped in batter with rice crispies

One of Korea’s most popular brands of fried chicken has finally opened its first branch in Manila, at SM Megamall. Kyochon offers fried chicken—wings, legs and thighs— that Filipinos are already familiar with since its closest competitor opened Bonchon in the Philippines four years ago in 2010.

The menus at both chains are similar with the chicken coming in three variants: regular savory, sweet and spicy. They also offer rice meals (rice and viand) for those who prefer something more filling.

Kyochon, however, appears to have a wider selection including a salad with five kinds of vegetables topped with grilled chicken; fried potato wedges; grilled chicken with rice; and chicken strips dotted with rice crispies, a hit with young children.

Kyochon’s marketing manager Chanky Tiangco said that aside from the almost 25 years in the business, the brand offers casual dining where guests are waited on from the time they are

seated to the time they leave.

“You will also notice that our chicken pieces are larger than the standard which means we offer value for your money,” she said.

Since it opened a few weeks ago, Kyochon has been drawing groups of Koreans who long for a taste of home.

“If you have seen our branches in Korea, you will notice how they have the same look. We really wanted to do the same here in the Philippines,” Tiangco said.

Even the light-colored tables and chairs are flown in just to complete the look of the restaurant.

The walls of the Megamall branch are covered with oversized, styled posters of the main ingredients that go into their fried chicken: rice, garlic, honey and red pepper. It prides itself in using only “domestically grown, quality ingredients.”

One other thing that sets Kyochon apart from other similar restaurants is its Korean ambassador, Lydia Lee. The Manila-based Korean was hired to talk to customers and suggest items on the menu.

There are already plans to open additional branches at an Ayala mall and at Century City Mall.

“When we already have several stores open, maybe early next year, we plan to fly in actor and endorser Lee Min Ho,” Tiangco said.

Now that’s one event that will encourage people to come in droves.