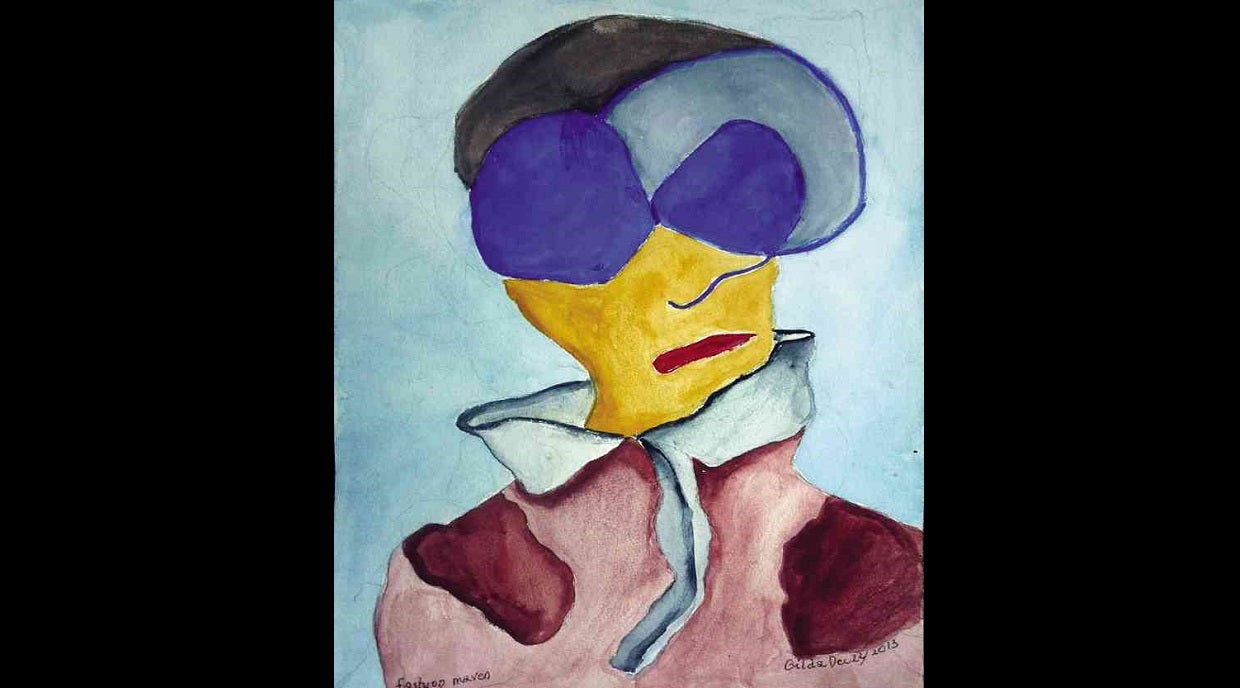 There’s not a leaf stirring in the trees of our yard all day. All one can think of is a glass filled to the brim with ice. Also with water or buko juice or Coke.

The guys are thinking of cold beer. Halo-halo is the grand option, but ice cream and ice drop are fine, too. Cold showers every hour. Electric fans or air-cons are on all day. Everyone is dreaming of lazing in a swimming pool or in the sea.

The biggest seller is ice. Every time I look, someone in the compound is going out to buy ice. Ordinary fridges and freezers just can’t produce enough ice. It’s the industry of the moment.

Remember when people put water in plastic bags and froze them? They were sold in sari-sari stores or could be bought from homes. Now it’s tube ice, and you don’t have to go to the factory to have it. Every little store has a cooler of tube ice, sometimes wrapped in sacks to delay melting.

To escape the heat in my room whose air-con I refuse to turn on, I get on my old rickety van which my old rickety driver drives because it is air-conditioned. At least I get to go places and learn something. I avoid malls even if they’re cool because there are too many tempting things to buy and too many people walking around who do not. And I don’t want to watch “Godzilla.”

I am dreaming of an ice-cold caimito. Outside the UP co-op there used to be vendors of very fresh star-apples. Guess where they came from! Freshly picked from the trees in the parking lot!

If you want a slice of unerringly sweet watermelon without having to buy the whole fruit, you can buy slices from those little carts with glass side that ply Quezon City. They also carry tiny pineapples already peeled. (You can always wash them before popping into the refrigerator).

A friend told us how to test whether an unopened watermelon is sweet. Pat hard with your palm as you would the distended tummy of a child with colic. If it has a “deaf” sound, that means the flesh inside the watermelon is still unripe. One that is ready to eat makes a hollow sound when patted. It means the flesh has loosened somewhat and is ripe.

It sounded so distressful I decided to ignore it and just take a chance that the vendor agrees to cut a triangle slice so you can judge its taste from the color.

Melon juice, santol juice and tamarind juice used to be popular summer coolers. Long melon strands were shaved from the fruit, put in its cold juice and sweetened. Santol is peeled, its rind chopped and floated in sugared water. In turn, the ripe sampaloc, no matter how sour, is peeled, its seeds removed and the pulp mashed in water. That was the base stock. Pour an inch or two into a glass with lots of ice-water and sugar for a truly refreshing drink.

Ice cream wasn’t always balled with a round scooper and plopped on a cone wafer. Instead, the empty cone was slowly built up with ice cream using a flat utensil that resembles a small cement trowel. The layers of ice cream were thin, constructed all around the top of the cone. You could ask for two flavors or even three, all in the same cone. It was a work of art.

That was Magnolia ice cream, the “clean” ice cream that we colegiala were allowed to eat. It was sold in a yellow cart pushed by a uniformed guy ringing a hand bell.

Magnolia flavors were “imported”—strawberry, vanilla chocolate. There was a short-lived, individually wrapped rainbow ice cream bar with those three flavors in a row. The popular ones, though, were Magnolia sandwich— vanilla ice cream between two wafers; Magnolia pie—vanilla ice cream covered with crisp chocolate; “pinipig crunch”—as above but its chocolate coating studded with pinipig.

“Dirty ice cream” was quite another matter. It had an attractive cart with gaudy paintings of flowers and Philippine scenes. When I still had an antique/folk art shop in Malate, I even had an authentic sorbetes cart specially ordered by architect Lindy Locsin for the Manila Hotel coffee shop.

Dirty ice cream flavors come from local fruits—ube, mango, langka—served up in bright pink cones from mini to large. Local was always more attractive, but it took Magnolia a whole decade to accept that. Selecta did, much earlier, and became known for its macapuno ice cream.

The queen of the coolers is, of course, the halo-halo. Whoever said it originated from the Japanese mongo con hielo must be deluded. Only a Filipino could have dreamed up a jeepney or a halo-halo.

In the province or in the poorer parts of the city, tables are set up under a tree, near a road. I do not know what Razon’s or Icebergs have, but the original halo-halo had several jars of ingredients: fresh fruits such as melon (shredded), macapuno (shredded), star apple (scooped), ripe mango (cubed). Sometimes buko water was used instead of evaporated milk.

To the halo-halo later was added combinations of the following: cooked in syrup—black mongo, small white beans, large red kidney beans and garbanzos; boiled root crops such as diced or crumbled kamote, ube or gabi; boiled rimas or breadfruit; kaong, saba bananas and langka; and colored gelatin made from native agar agar.

A block of ice wrapped in burlap and a manual ice shaver was always around to complete the tableau.

Everything has been streamlined since then, everything is bottled and available in the supermarket—the better to fit the Filipino lifestyle, always in a hurry to get nowhere.