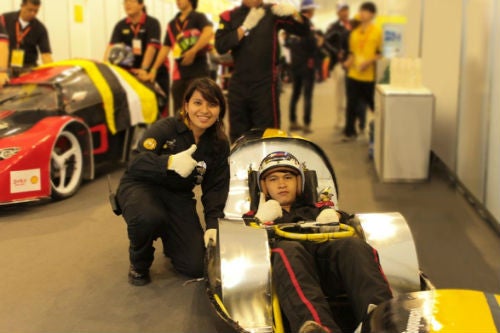 MANILA, Philippines – Engineering is by far, an underappreciated field of education in the country, as it is often misunderstood as a learning program that is only for those “gifted” in math and science. Moreover, many people are unaware that most of the everyday things used today exist thanks to the creativity and ingenuity of engineers who sought to make human lives more comfortable through science and technology.

In fact, some of the most important inventions in the last century were designed and developed by engineers, who are seen as creative problem solvers by majority of teens and adults based on a survey featured in “Changing the Conversation,” a book published by the National Academy of Engineering in the United States.

Written and published stories of some of these inventions show how engineers used their creativity and ingenuity to provide solutions to everyday problems.

One engineering invention that is widely used today is the zipper, found in many products ranging from simple coin purses to clothes and jeans. Building on the previous work of other engineers, Swedish-American engineer Gideon Sundback developed and patented the “Separable Fastener” in December 1917 as a locking tool for tightly closing boots and tobacco pouches. It was only in the mid part of the 20th century that it was made a novelty fastener for garments.

Another invention many gear geeks would approve of is the cross-head screw and screwdriver developed by engineer Henry Phillips in the early 1930s. At that time, car manufacturers needed screws that could take greater torque and provide tighter fastenings for cars built along assembly lines. Phillips offered his design to the American Screw Company which tried it on the 1936 Cadillac. The American auto industry quickly adopted his invention and today the Phillips screw and screw driver remain very popular, and useful, in the world.

Yet another engineer’s invention that people nowadays take for granted is the cellular phone which idea was first conceived by electrical engineer Martin Cooper in 1973. At that time, car phones had been in limited use in the United States and Cooper wanted people to experience freedom that comes from anytime, anywhere telephony. Cooper worked on a prototype and, in just 90 days, introduced the DynaTAC which weighed 2.5 pounds and measured 10 inches long. On April 3, 1973, Cooper made the first handheld cellular phone call in public from the prototype DynaTAC.

With the emergence of more dynamic, ever-advancing technology, and fuelled by human desire for greater comfort and convenience in people’s everyday lives, the world is in need of more skilled engineers who can creatively solve real-life problems with their inventions and innovations.

In the past several decades, more and more Filipinos have been steadily answering this need by taking on engineering as a field of study and life-long profession.

The Technological Institute of the Philippines (TIP), a leading and internationally-recognized engineering institution in the country, believes that Filipinos are inherently creative and are capable of engineering technological innovations that can meet the demands of various industries.

“ABET programmatic accreditation is one of the best legacies TIP can give its students. We at TIP have further added tremendous value to our students and graduates, most especially in terms of international employment mobility, including mobility as entrepreneurs, with the student outcomes they now possess,” said TIP president Dr. Elizabeth Quirino-Lahoz. “The challenge now is how to help students achieve the desired student outcomes at a deeper level, for even greater value creation and addition.”

TIP advocates bringing engineering closer to the Filipino youth in hopes of building generations of engineers who can positively impact the world with their inventions and innovations. “Engineers are creative problem-solvers” is a concept from the book Changing the Conversation published by the National Academy of Engineering in the United States.