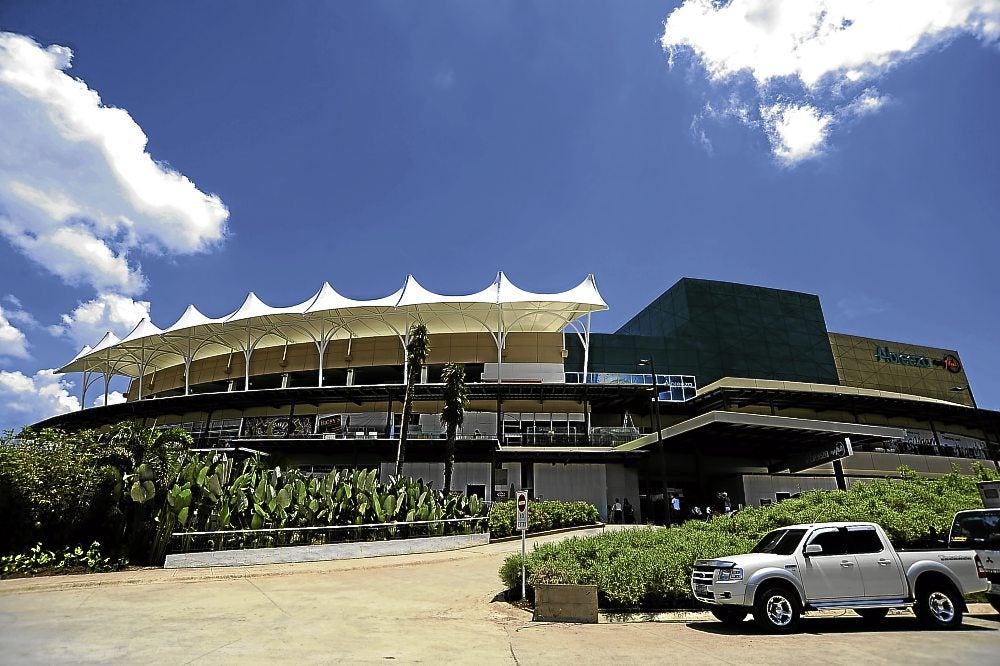 MANILA, Philippines—The mixed-used concept combining shopping, residential and business establishments in one integrated complex has finally arrived in Mindanao, with the recent opening of Abreeza Mall in Davao City.

Mixed-used concept pioneer and one of the country’s leading real estate developers Ayala Land Inc. (ALI), in partnership with Davao-based Anflo Group of Companies (Anflocor), is behind the P5-billion project.

Centrally located along J.P. Laurel Street, Abreeza is just the first phase of an ambitious development that will include an office building (with more retail outlets on the ground floor), a 26-story residential condominium and an 11-story businessman’s hotel called Kukun.

ALI’s partnership with Anflocor dates back to the 1980s when the two companies teamed up and built a residential tower in Salcedo Village, Makati. They started talks on Abreeza way back in 2001, and the project was revived and construction began in earnest in 2008.

Anflocor, which is famous for its banana plantations and Pearl Farm resort, provided the land. Accendo, a new company formed out of this partnership, is directly in charge of Abreeza.

“We’ve always valued the property because it’s right smack in the middle of the city, and it’s a solid chunk,” said Ricardo Floirendo, Anflocor SVP-south operations. “But we never imagined the development to become this big.”

Some of the country’s biggest retailers such as Robina Gokongwei-Pe, Anton Huang, Ben Chan and Joey Qua also graced the event. The mall can accommodate 320 tenants, including anchor stores Robinson’s Department Store and Supermart, with enough room to spare for four cinemas, several outdoor gardens, an open-air food court (the first of its kind in the Philippines), and underground parking.

Abreeza was 92 percent leased out as of May 12, the mall’s opening date. Around 200 tenants, or 61 percent of the total, opened for business that day.

Although this isn’t their first foray into the Davao market, a good number of Manila-based retailers decided to join Abreeza in a big way.

“From what I’ve seen, the market here is well-developed and has become a lot more sophisticated over the past few years,” said Anton Huang, EVP of Stores Specialists Inc. (SSI), which has brought in such brands as Payless, Aerosole, Nine West, Samsonite and Charriol. 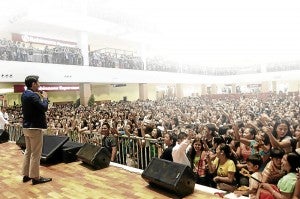 SSI is set to open more stores such as L’Occitane, Lacoste, Springfield, Debenhams and Gap.

“Next to Cebu, Davao is the biggest market outside Metro Manila and the biggest in Mindanao,” said Lim. “Hopefully, it will drive people from nearby cities like GenSan and Cotabato to come and shop here as well.”

“Yes, Davao is ready,” said Ivan Yao, president of Philip Stein in the Philippines. “We’ve had stores in Davao before selling Philip Stein, but not an exclusive boutique dedicated solely to the brand, until now.”

Abreeza also has the first Starbucks outlet in Davao. Apart from established foreign and local brands, the mall is now home to several homegrown restaurants and bakeshops such as Mandarin, Hanoi, Tsurus and Joniel’s. Owners of these popular stand-alone establishments decided to expand and take advantage of the mall concept.

Even Cebu-based Café Laguna has expanded southward with the opening of its first outlet in Davao City. Other prominent Cebu-based brands in Abreeza include Loalde, Penshoppe, Oxygen, ForMe and Island Souvenirs, along with home-grown establishments from Gen. Santos City such as Ranchero Grill and Grab a Crab.

Following the template of its earlier developments in Cebu and Quezon City, ALI is also in talks with several business process outsourcing companies to have a call center as one of its anchor tenants.

“We take pride in being able to know the market and understand its needs while keeping the concept relevant in addressing the community,” said Corazon Dizon, ALI’s VP for business development and strategic planning-commercial business group. 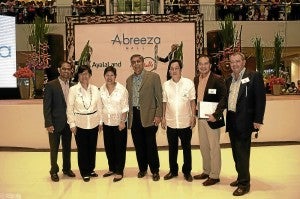 Abreeza is said to be a fusion of some of the best features of ALI’s older malls such as Marquee, Glorietta and, of course, award-winning Greenbelt.

“Parks and some water features are already trademarks of an Ayala development,” said Dizon. “We also made sure there are enough pedestrian linkages to make it convenient for shoppers.”

And since Davao is still a relatively unspoiled garden city, ALI decided to build an open-air food court overlooking an open area. Thanks to crisscrossing winds and the mild morning sun, the food court manages to remain cool and pleasant throughout the day even without air-conditioning. 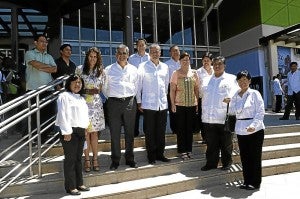 “Whatever we envisioned really happened,” said Rowena Tomeldan, ALI’s VP for operations-commercial business group. “That’s one thing which makes us happy about this development. We want to give locals as well as tourists the best options.”

A roof garden showcasing Davao’s numerous orchids is now open to the public. With the introduction of these features, ALI executives are now taking inspirations from provincial projects like Abreeza for Metro Manila properties.

“Glorietta doesn’t have a roof garden at present, but we’re planning one in the new Glorietta,” said Dizon. “Each mall has its own distinct design. It evolves on its own, depending on what’s good and current in the marketplace.”