Ana Valdes-Lim: Planting the seeds of theater in Assumption students like ‘the onset of spring’ | Inquirer Lifestyle 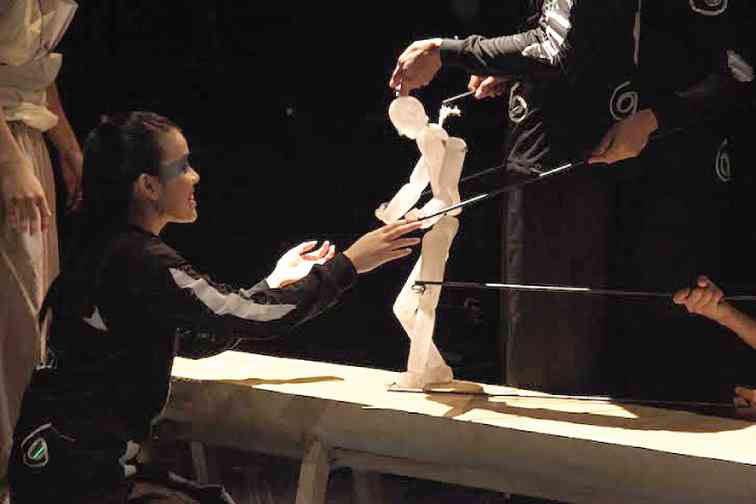 STUDENT doing puppet work in “Zodiac I: The Myth of Prometheus and Pandora”

Ana Valdes-Lim: Planting the seeds of theater in Assumption students like ‘the onset of spring’

Can theater flourish just as well in school as it would outside the campus?

Assumption College San Lorenzo’s Marie Eugenie Theater of the Assumption (Metta) is observing its 10th year, and the person behind it—film and stage actor Ana Valdes-Lim— has good reason to consider it a milestone.

Valdes-Lim has illustrious theater credentials. She is the first Filipina graduate of the prestigious Juilliard School in New York, and has been cited as one of the school’s “100 Most Outstanding Alumni in 100 Years.”

One of her classmates, Marcia Cross of “Desperate Housewives” fame, is a close friend. She is no stranger to American soap opera herself. At one time, she played Ming Na Wen’s young mother in the long-running CBS soap “As the World Turns.” She also starred in John Carpenter’s “Prince of Darkness” with Dennis Dun and Victor Wong.

“I remember Juilliard with joy,” says Valdes-Lim. “When I was there, the theater department was already 13 years old, and Juilliard already had a name as a theater, dance and music school. Robin Williams and Kevin Klein walked the halls with us as visiting alumni. Kevin Spacey, Kelly McGillis, Marcia Cross and Val Kilmer were all contemporary students of mine. It was a very exciting time, as the energy was palpable.”

“In those days, we didn’t know who would be famous,” she adds. “Everyone kind of looked like a ‘student,’ except for Christopher Reeve who was already Superman, and Kevin Klein who was doing ‘Pirates of Penzance’ on Broadway. Both of them visited us pretty often in school. But everyone else looked like your average student, except each of them had unique beauty, energy and authenticity.”

Outside of school, Valdes-Lim had stints with John Houseman’s The Acting Company and Joe Papp’s Public Theater.

“With John Houseman’s company, The Acting Company, I learned about touring with a company and teaching. To switch roles, we rehearsed four shows a year, travelling to different cities and performing for different audiences. We learned to adjust to different theater houses, to teach workshops on voice, improvisation and masks. With Joe Papp’s Public Theater, I learned that Shakespeare by a company of different ethnic cultures could be rich and exhilarating. I was exposed to many international actors.”

When she came back to the Philippines, Valdes-Lim directed a couple of productions with Tanghalang Pilipino (“Middle of Silence,” “Dracula”) before she was asked by the liberal-minded nuns of her alma mater, Assumption College San Lorenzo, to run the school’s theater program. From there Metta was born, as the performance platform of students interested in the dramatic arts, especially those taking up a new curricular degree called Bachelor in Communication major in Performing Arts Methods and Studies.

Lim is among a distinguished group of Assumption women who have become boldface names in arts and culture here and abroad. They include the late filmmaker Marilou Diaz-Abaya, Peta artistic director Maribel Legarda, documentarian Ramona Diaz (“Imelda”), ballerinas Maritoni Rufino and Sofia Zobel, pianists Leonor Kilayko and Nena del Rosario-Villanueva, singer Joey Albert and singer-composer Pinky Valdez. Though not an artist herself, fellow alumna Sen. Loren Legarda is noted for her strong support for indigenous arts and culture. 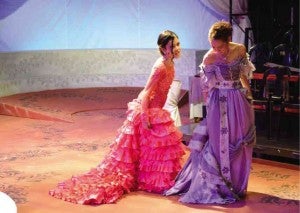 Ten years ago, Inquirer Theater editor Gibbs Cadiz wrote about Assumption’s program to renovate the Mother Rose Auditorium, designed and built in 1968 by National Artist Pablo Antonio, into a modern, state-of-the-art venue for school activities that would also house the fledgling Metta. Valdes-Lim said then that the campus theater group “will be like Dulaang UP—a student-based theater group but also using professional actors. Our goal is to come up with productions that would raise the consciousness of our girls, first of all, and the public in general … The challenge for us is to choose the right material. We will do both classics and modern works, but preferably those that would address issues of today, such as inclusivity, women’s rights, gender tolerance. I’m hoping the theater arts will cultivate that kind of sensitivity.”

Sr. Josefina Magat, RA (Religious of the Assumption), president of the school at the time, was also quoted as saying that the theater program “will hopefully complete the education of our students by providing them a more holistic experience … Our girls are so sheltered and protected, but we have to address issues of today and make them more passionate and socially aware. Theater can be a springboard for exploring these issues, and other disciplines in the campus can then just pick them up.”

“I started Metta modestly in 2004 without any idea how it would turn out,” Valdes-Lim now recalls. “But I can describe the 10 years we’ve had as rapid bursting growth, like discovering an underground river that suddenly gushes out of the earth, or like the sudden onset of spring.”

The theater group attracted many raw but promising talents, collaborated with other theater groups like TP and industry stalwarts like Rody Vera, and gave birth to other performing arts groups like the Metta Dance Theater, which won the National Dance Competition for three consecutive years. Valdes-Lim’s repertoire for her theater company ranged from a musical version of “Romeo and Juliet” and Arthur Miller’s “The Crucible” to Broadway recreations and original productions in English and Filipino.

A Shakespeare Festival has become an annual affair, and a number of graduates have become professional dancers, actors and performers locally and internationally. The company has also received invitations to perform in China and Rome, among others. For their social advocacy, Valdes-Lim and her student actors teach theater basics to inmates at the Bureau of Corrections in Muntinlupa and the Correctional Institute of Women in Mandaluyong. 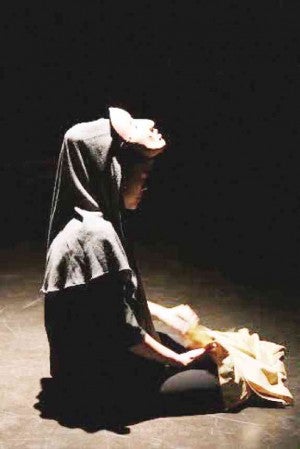 The Juilliard graduate says implanting the seeds of theater in young people is a distinct experience: “In a school [setting], you are not driven the bottomline, by your box office or sponsorships. You cannot drive as hard to deliver a show, because the purpose is transformative education. We are developmental, so where the student-artist is, that is the level we accept. There are limitations. However, the student-artist is beautiful in her freshness and sincerity. The authenticity of the student energy is a great driving force.”

Her mentoring work with young actors and artists gave Valdes-Lim the impetus to write a book called “Theater for Wellness: Creative Techniques To Be Well and Whole,” copublished with Anvil and soon to be released by National Bookstore. (An earlier work, “Evolutionary Theater”, was published in 2009 with Great Books.)

“My message [in the book] is that each of us has a ‘well’ inside, a spring, from where our creativity flows. Suppressing it doesn’t work, because we become unhealthy, toxic. Releasing it brings creative and personal liberation.”

“With Metta,” she adds, “I can only thank the students, parents, teachers, coaches, and Sisters who have planted the seeds. We are now harvesting the fruits of that labor of love.”