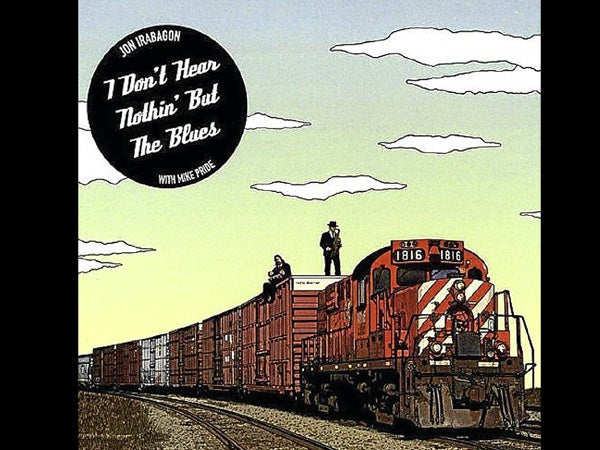 The 32-year-old Fil-American jazz prodigy is equally at home in a straight-ahead setting, playing standards and ballads with a depth and mastery that belies his (relatively) tender years, and firing off blazing salvos of free improvisation in a more experimental setting.  Not only that, he seems to have the ability to dial in his solos at any point in between the two poles. No wonder critics have hailed him as the latest jazz avatar, garnering glowing reviews from Downbeat, JazzTimes and other pundits.

His visit to Manila was arguably the high point of the P.I. Jazzfest held earlier this year, and his jaw-dropping solo flights left Filipino fans clamoring for more.

There’s the rub:  apart from “The Observer,” the major-label recording that was part of Irabagon’s prize for winning the prestigious Thelonious Monk Jazz Competition, his other recordings are on various small independent jazz labels with no local distribution.  Nevertheless, if you’re a jazz fanatic, it’s well worth the effort to track them down.

A good place to start is his latest album, “Foxy,” released last year on an independent label. 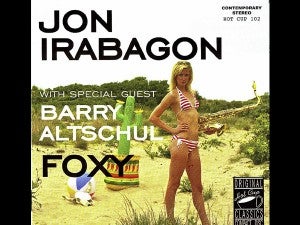 Sporting a Stetson hat and six-gun rig on the back cover, Irabagon slyly references Sonny Rollins’ classic “Way Out West” album from 1957.   The title itself is a play on Rollins’ “Doxy,” and the album is basically 78 minutes of extended improvisation, subdivided into “songs” (playfully titled “Roxy,” “Boxy,” “Biloxi,” “Epoxy,” etc.) that highlight the interplay between Irabagon on tenor and drummer Barry Altschul and bassist Peter Brendler.

When I interviewed Irabagon in Manila last March, he outlined his rigorous method of self-study which involved transcribing solos note-for-note, learning them inside and out, taking them apart and putting the pieces back together in various configurations—basically getting into the very fiber of the music.

The fruits of these labors are very much in evidence in “Foxy.”   The solos flow from Irabagon’s horn with energy and inventiveness in a seemingly endless stream. Yet he remains engaged with the other players, laying back from time to time to allow them room to join in the dialogue.

In “Foxy,” Irabagon emerges as a new saxophone colossus straddling both tradition and modernity, while still projecting his own distinct identity. It’s intense – maybe too intense for some, weaned on the more polite shadings of classic Prestige/Blue Note post-bop.  Those listeners might prefer Irabagon’s previous album, “The Observer.”

As part of his prize for winning the Thelonious Monk Jazz Competition, Irabagon won a one-album record deal with major jazz label Concord, to be helmed by the legendary producer Rudy Van Gelder, the man who had overseen countless classic recordings by Miles Davis, Sonny Rollins, John Coltrane, Eric Dolphy –practically all the giants of the modern jazz era. 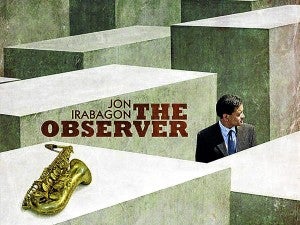 Not only that, he was given a free hand in choosing his rhythm section.   Irabagon assembled a dream team that included Kenny Barron on keyboards, Rufus Reid on bass and Victor Lewis on drums.

As Irabagon relates, Van Gelder pointed to a spot on the studio carpet next to where he was standing and told him that that was where Coltrane stood when he recorded “A Love Supreme.”

A lesser player might have been daunted in such company, but Irabagon stepped up, and represented.

“The Observer” showcases the saxophonist’s strengths as a player and composer, with seven of the ten songs on the album being originals that place him squarely in the post-bop continuum.

The opening modal ballad “January Dream” reveals Irabagon’s lyrical side, with a fluid solo full of subtle tonal shadings.   The title track is a mid-tempo swinger that should erase all doubts that Irabagon belongs in this company: his playing is relaxed yet muscular, with cascading flurries of notes produced without any evident strain or loss of tone.

The covers weight the album more on the lyrical side, with revealing takes on Gigi Gryce’s “Infant’s Song” and Elmo Hope’s “Barfly,” the latter a duet with Bertha Hope on piano.

The aptly titled “Closing Arguments” seals the verdict: Irabagon is an emerging star in the jazz firmament, and one that bears watching.

Some listeners think Irabagon might have played it a little too safe in “The Observer,” and that’s probably because they heard him first on this album, a duo recording with Irabagon on tenor saxophone and Mike Pride on drums.

The question on which “I Don’t Hear Nothin’ But The Blues” is premised on: how far can you take a single blues phrase?  The answer: pretty far out. For 47 intense minutes, Irabagon and Pride deconstruct and reconstruct the opening blues riff in myriad configurations.  This is Irabagon’s free jazz side, calling to mind John Coltrane and Rashied Ali’s interplay on “Interstellar Space,” among others.

You might think two guys riffing on a single blues phrase for 47 minutes might be too much.   Actually, it will probably leave you hankering for more.

Highlighting his eclectic and avant garde leanings, Irabagon’s first album as a leader finds him at the forefront of a fearsome jazz quintet that includes Russ Johnson on trumpet, Kris Davis on keyboards, Eivind Opsvik on bass and Jeff Davis on drums, kindred spirits adept at stretching the boundaries of bop-based improvisation and jumping off into points unknown, with plenty of humorous asides leavening the mix.

Case in point is the band’s fierce take on Dizzy Gillespie bebop standard “Groovin’ High,” a wild blowing session that features the horn players’ impressive chops. “The Outright! Theme” supplements the quintet with a 30-piece big band in a number meant to evoke New Orlean’s style rag time, but with Irabagon blowing his brains out in a crescendo of atonal noise-based improve in the middle section, before the whole thing comes back to the theme.

Like a noseful of spirits of ammonia, “Outright” is a bracing, invigorating record that ought to shake any listener out of a smooth-jazz induced coma. Listening to the above four albums left me with a distinct yen for more of the same, and I’m off to cyberspace to hunt for more Irabagon offerings, in particular the ones he recorded with his “terrorist bebop band,” the intriguingly-named Mostly Other People Do The Killing.