The worst prison of all | Lifestyle.INQ ❮ ❯ 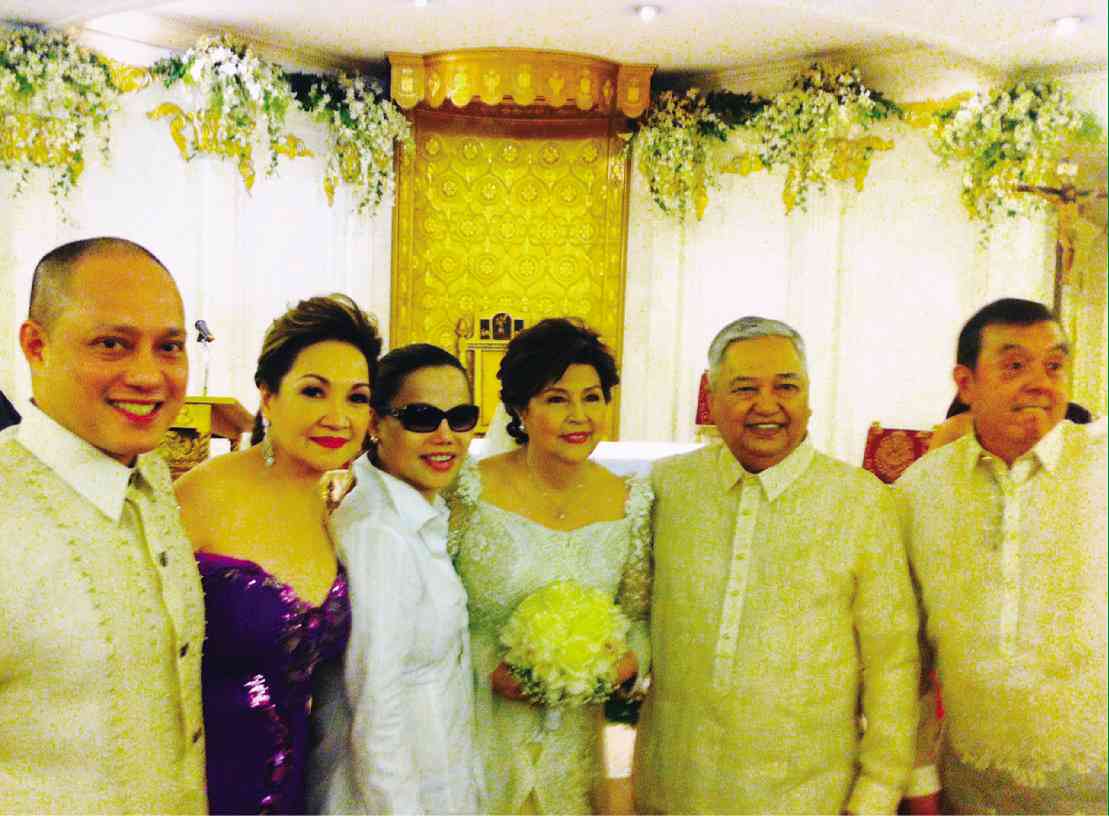 The worst prison of all

Your mantra for the week: “There is always a choice. I choose the good.”

Some people are in jail and most of us are not, that is obvious; but beneath the surface are others who are imprisoned by fear, sickness, resentment and ill will.

People are jailed for breaking the laws of the land. Those imprisoned by their mind and emotions have broken the laws of right thinking and righteous feelings. I believe that the worst prison of all is that of the mind, where humanity finds itself.

Think of all the people you know who are sick, fearful and resentful of their circumstances to realize my point. They have created stonewalls of anger or iron bars of paranoia and hatred.

There is a solution to these and that is to learn to forgive ourselves and others to set us free to live happy and fulfilling lives. We can easily do it by carrying the following thoughts in our minds to liberate us from our mental and emotional burdens.

Try these gems of wisdom that I have gathered through the years and challenged myself to live by. This may seem difficult in the beginning, but as you go along, you will find comfort, solace and gratitude for your newfound liberty. These ideas were put together by different people whose names are so deeply buried in my memory that I sometimes hallucinate that I wrote them myself:

Be a friend to all,

for there are many in need of one.

for there are those who trust in you.

for there are those who really love you.

for you, too, have your weaknesses.

for there are many who fear.

for there are many that need healing.

so others may learn to do so.

for there is much to discover.

for there’s a lot of good to experience.

for there are plenty who live in complexities.

Be full of praise

for there are those in need of upliftment.

And, finally, be thankful

for it opens doors to new and greater blessings for all.

When you have done all of the above in your life, the prize is you gain sovereignty over the Kingdom of your mind. You will be free to soar like a butterfly after it leaves its chrysalis and abandons its former way of life by patiently drying its newfound wings and preparing to take flight to a new world of wonder.

The ways of a caterpillar, like our days in the prison of our minds, die hard; but if we can cocoon ourselves with prayer and meditation, we are able to let go of old beliefs, ideas and habits which have made us crawl like a worm with all its limitations.

But now you are a butterfly that can take wing and show your splendid colors in your journey to the flowering gardens of the Universe.

My mailbox this week was filled with comments about how I abruptly ended my previous column. The truth is, a paragraph was inadvertently omitted. In any case, I had originally concluded that column with the following words:

“My father never told me that he was proud of me, but I never told him either that I was proud to be his son.”

I guess this addendum was just meant to be because today, June 22, is my father’s birthday. He would have turned 98. Wherever you are in God, happy birthday, Dad!

I was at the wedding of Francisco “King” Rodrigo Jr. and Boots Anson-Roa, which brought back a lot of memories.

I first met King in school when we were in short pants. I would attend all the children’s parties in their home where I also met all his siblings Milo, Pempe, Boogie, Bing and Ditas, because their parents, Tita Meding and Tito Soc, were also friends of my own folks.

My dad and Tito Soc were classmates and members of the University of the Philippines debating team. When they were left to themselves, their favorite discussion was religion—my father was an agnostic and Senator Rodrigo was a Soldier of Christ, so that if their conversations had been recorded, they would be collectors’ items.

I met the beautiful Boots Anson through my barkada, Pete Roa, whom I met at Barangay Theater Guild. Our common interest in theater and dancing made us hang out frequently until he landed a TV job co-hosting the Channel 5 show “Dance-O-Rama” with Baby O’Brien.

When Baby quit to pursue her other dreams, the “Dance-O-Rama” producers recruited Boots to co-host with Pete. And that is where love caught up with them, behind the cameras. The whole barkada used to tease Pete about their disbelief that he could be loved by someone as talented and beautiful as Boots. He was always a good sport. He would just smile and say, “Inggit lang kayo.” Totoo naman.

Then soon after, they eloped.

Pete was also the genius behind the ABS-CBN show “Two For the Road.” Indeed, it was inspired by our having more than “one-for-the-road” while we were sot-ting. The barkada also loved to smoke and Pete continued doing so until the last days of his life. How truly Capricorn, so persevering in their ways.

So last week, Boots walked down the aisle as a bride for the first time. She was as radiant as the Virgin she constantly played as a stage actress in the Assumption College, and King waited for her at the altar as if he were welcoming her to his King-dom. That is why the story of their wedding, with a photo that caught them laughing heartily, landed on the front page of Inquirer’s June 15 issue.

At the reception, some 500 guests waited a few hours for the arrival of the wedding entourage while being served cocktails and canapes.

I was transported back to my days in show biz—as producer (Ismael Bernal’s first film, “Pagdating Sa Dulo”), co-scriptwriter (“Pito Ang Aking Asawa” and “Manila By Night”), theme-song composer (“Daluyong” and “Pagdating”) and cameo-role actor in several Bernal films. My most memorable cameo appearance was dancing with bosomy Alona Alegre in “Daluyong,” which won Best Picture in the Olongapo Film Festival.

I renewed acquaintances and friendships with Marichu Vera-Perez, who was my cotillion partner in Josie Padilla’s debut; and Joe de Venecia whom I first met when I was one of the ushers in his wedding to Vicky Perez.

I was told that Joe had nurtured an ambition to become Speaker of the House of Representatives long before he met Vicky, the daughter of Eugenio Perez, who was himself House Speaker from 1946 to 1953.

I can truly call Joe a brilliant “affirmationist” like he was a brilliant journalist. An affirmationist is one who succeeds in making a visualization of his dream a reality in his life. He did become Speaker of the House and even ran for President but did not make it.

I believe it is the karma of people with junior affixed to their names to not make it to the top. In 1992, when there were seven presidential candidates, I was asked who I thought would win and my reply was, “You can eliminate all the ones with Jr. to their names like Ramon Mitra Jr., Eduardo Cojuangco Jr. and José de Venecia Jr.”

Take note that Benigno Aquino Jr. did not make it either, even the very popular Fernando Poe Jr., who was not really a junior, failed to succeed in his quest. Apparently, the Bushes in America were privy to this concept because George Jr. was simply baptized George W. Bush.

Sampaguita Pictures’ former superstars Gloria Romero, Susan Roces and Barbara Perez were present at the reception and the three of them, up to this day, still have “it.” No wonder National Artist Ramon Valera chose them to model his clothes together with Manila’s prominent socialites.

Barbara was with daughter Anna, who is my goddaughter. I have always wondered why Anna never chose to be an actress. After all, she is as attractive as her mother. I joined their table for a while and sat with Pepito Rodriguez, who was a board member of our Select Talent Agency in 1970 together with Lillian Laing.

It is of special interest that I mention this because it was Dovie Beams who cut the ribbon at our opening, which created a lot of controversy considering the Vera-Perezes were close friends of the Marcoses.

At the same table was Liberty Ilagan whom I huddled with, and exchanged experiences with a lady who was claiming to be her daughter with a well-known politician. Liberty and I were amazed at the script that this lady presented. It would surely make a great movie. Apparently, it was a case of mistaken identity.

Back at my own table, I was looking forward to sitting with Justice Ricardo and Mrs. Puno with son Ronnie, who are part of the Puno family that I have not met. Unfortunately they did not show up. The rest of the table was made up of the Villar sisters headed by the charming and elegant Elaine together with love partner, Cesar “Noy” Anson, brother of Boots; Eddie Baddeo, who designed the bridal gown; and his efficient manager-accountant Edgar Medina.

Doña Remedios Rodrigo will turn 100 this year and if she had darkened her hair, she could certainly pass for a sister of her son King. Boots said, “She even walks faster than I do.”

I espied Boots talking with former Sen. Heherson Alvarez, tycoon Manny Pangilinan and Manila Mayor Joseph Estrada. What a wonderful celebration of love the second time around for Boots and King (for others it may even be the third or fourth), especially in a world where love is set aside for the material.

This wedding is truly memorable, but let me end and greet our new couple with the words of my favorite mystic, Kahlil Gibran:

“Give your hearts, but not into each other’s keeping.

For only the hand of Life can contain your hearts.

And stand together, yet not too near together:

For the pillars of the temple stand apart,

And the oak tree and the cypress grow not in each other’s shadow.”

Let your separate Lights shine like they have always shone—it is that which brought you together in union.