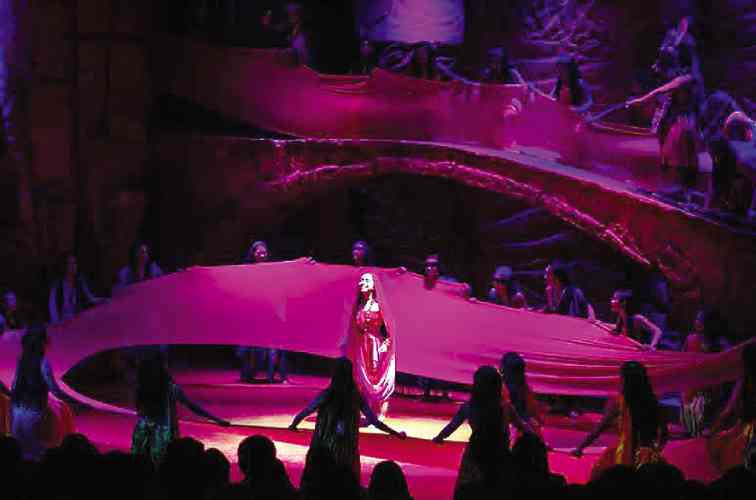 ADAPTED by Floy Quintos from “The Mahabharata,” “AngNawalang Kapatid” has lyrics by Quintos and music by Ceejay Javier, under Dexter Santos’ direction. VLADIMEIR GONZALES

Coming off a hugely successful and critically acclaimed extended run, Dulaang UP’s “Ang Nawalang Kapatid” will stage benefit shows on July 4-6, and 11-13 (Friday to Sunday only) in celebration of UP Department of Speech Communication and Theater Arts’ 55th anniversary.

Proceeds will go to the improvement of UP Diliman’s theaters—the Wilfrido Ma. Guerrero Theater and Teatro Hermogenes Ylagan, the bastions of DUP plays.

The production, a Filipino retelling of one of the world’s oldest and longest epic poems, “The Mahabharata,” has been praised for its direction, text, music and choreography. Critics laud the production as “an astonishing theatrical experience,” “an elegant and regal Filipino adaptation,” and Dexter Santos’ direction as “breathless and daring.”

Originally staged as a children’s play, this fiercer, bigger, and more complex staging of acclaimed playwright Floy Quintos’ adaptation is under the direction and choreography of Santos, with original music by Ceejay Javier.