Up next for Bart Guingona: ‘Venus in Fur’ | Inquirer Lifestyle ❮ ❯ 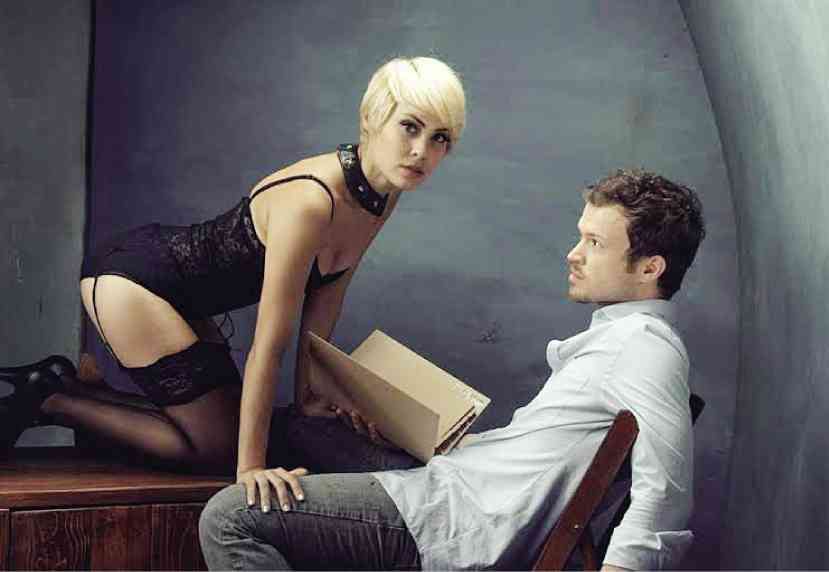 Up next for Bart Guingona: ‘Venus in Fur’

“Venus in Fur” takes the audience to a theater audition where an actress and director compete for dominance through sexual power play and seduction, in the process blurring the lines between reality and sexual fantasy.

The two-character dark comedy tells the story of Vanda Jordan, a quirky actress auditioning for the main role in the theater adaptation of “Venus in Furs,” a novel by Austrian author Leopold von Sacher-Masoch, the person who inspired the term “masochism.”

In sexy costume, she storms in late for the audition, irking the already frustrated writer-director Thomas Novachek, and insists that she is the actress he is looking for. She reads some lines and convinces Thomas to read with her. The dialogue sparks a sensual struggle between the stubborn actress and hesitant director, leading to moments of hilarity, tension and vulnerability.

“Venus in Fur,” written by David Ives, ran on Broadway in 2011 and was adapted into a movie by Roman Polanski in 2013. This July, it will be staged in Manila by The Necessary Theatre for one weekend, starring real-life couple David Bianco and Jennifer Blair-Bianco.

Bart Guingona, fresh from his acclaimed turn as both actor and director in a Manila production of John Logan’s “Red,” said that he got interested in “Venus in Fur” when he found out that Nina Arianda Matijcio, the actress who played Vanda on Broadway, had won a Tony Award for best actress.

“That piqued my curiosity and I applied for the rights early on,” he says.

It’s a daring production, says Guingona—which is nothing new to him, because he’s done lots of plays that “people wouldn’t touch for having no commercial viability” since the ’90s.

He points out: “We did ‘Shopping and F***ing’ by Mark Ravenhill, which is about e-heads (ecstasy users). In ‘Venus,’ the character of the writer-director explores the depths of desire, while the play itself is about sex being used as a tool for power. Vanda is auditioning, and an actor is the most powerless ‘thing’ unless he or she is given a role. When they’re auditioning, they’re dirt. Actors are a nonentity until they have a role.

“There’s a point when she’s goes, ‘I don’t care, the role is mine,’ thus, seizing power from Thomas, the director. Roles are reversed. The funny exchange becomes a dark and tense power play, a competition on who can use sex as a weapon better.

“What makes this play attractive is that it looks like a frou-frou comedy from the outside, but it turns into a complicated exploration of power. He asks her to make him a slave, but he’s in command, so that means his status is higher. It’s complex.”

Having a real-life married couple play two strangers can be tricky, but it has its advantages. The Biancos have worked together in projects such as “Boeing, Boeing” for Repertory Philippines; the TV show “The Kitchen Musical”; and some indie films. But “Venus” is their first two-character play.

“We’re very critical of each other because that’s the nature of our partnership,” says David. “We can be frank. It can be a bit dangerous because we’re constantly analyzing, but we’re professional actors, and we can be objective.”

Jennifer says it takes extra effort to get into characters who don’t know each other.

“David and I know each other so well, but we have good chemistry. We also have more time outside rehearsals to polish the roles.”

Guingona says he chose the two because the couple read closest to the way he saw the material.

“Since the play is provocative and sexually charged, they don’t have to build chemistry from scratch. That part of the work is already done for me.”

On the downside, “if one of them stinks, that’s 50 percent of the cast. It it’s 100 percent—goodbye! They have to be really good,” he says, laughing.

“Venus in Fur” will run for an hour and a half, without intermission, and promises to be smart, sexy and entertaining.

“Desire can be very dark because it’s beyond the characters’ control,” notes Guingona. ‘Venus in Fur’ is thought-provoking, and it’s going to be an exciting journey because it’s dangerous.”