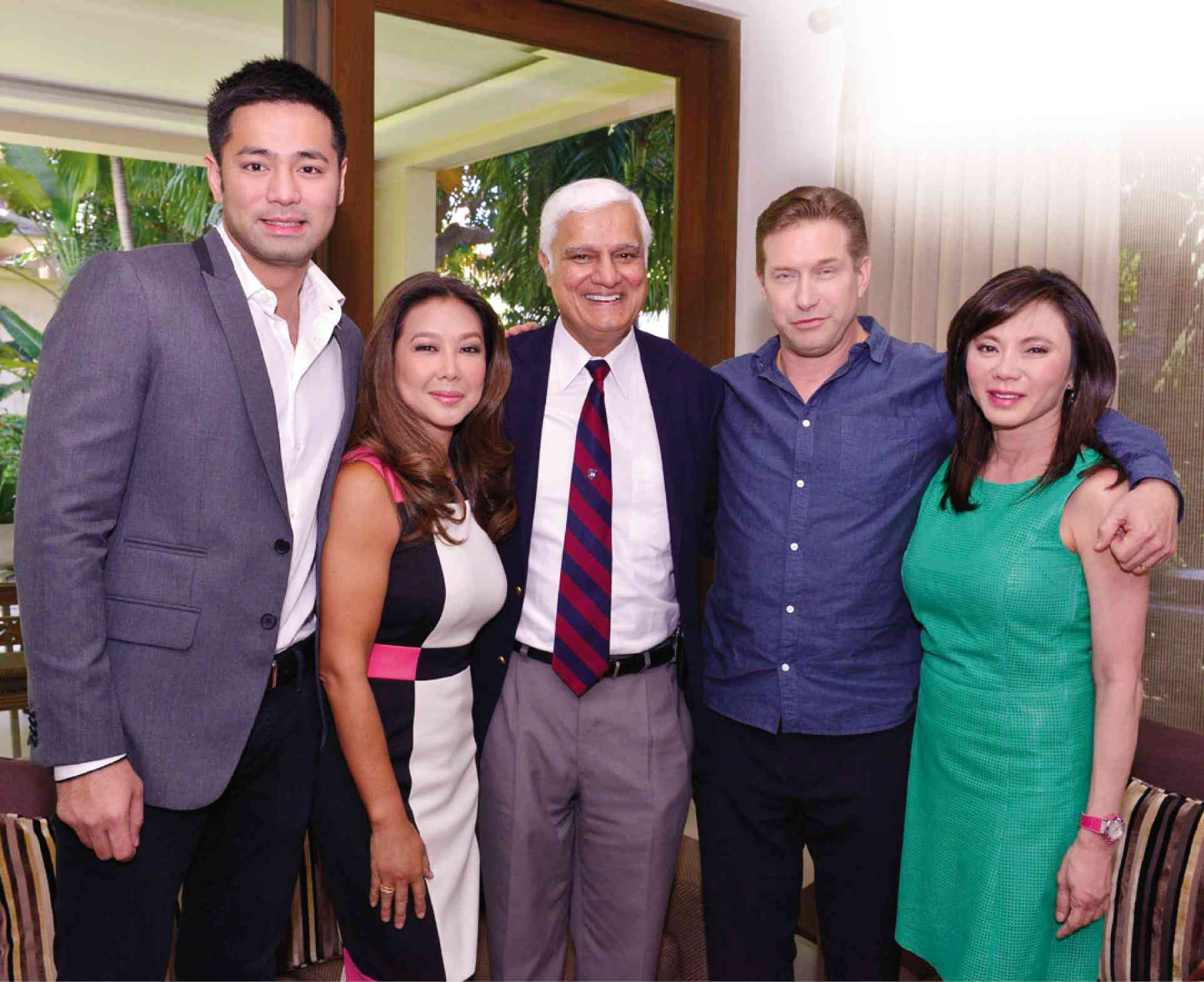 Since her recent two-week pilgrimage to the Holy Land, beauty doctor Vicki Belo has been totally focusing on personal spiritual growth, palangga.

To sustain her newfound happiness in spiritual matters, she had invited the world-renowned Indian-born Canadian-American evangelist Ravi Zacharias, and Hollywood actor Stephen Baldwin, a follower of Zacharias, to the country, no less, dahlings.

Stephen is a huge fan of Ravi’s way of teaching and guidance, but he and Ravi’s followers have been quick to add they are disciples of God and not of Ravi.

In interviews, Baldwin has spoken candidly about reforming from the fast life in Hollywood and meditating on the Bible.

Doc Vicki rolled out the red carpet for the evangelist and the actor, hosting an elegant and enlightening luncheon in her sprawling home.

Naturellement, Doc Vicki welcomed the guests with her special friend and soul mate Hayden Kho, who has been converted and become one of Ravi’s followers. Incidentally, the luncheon was a prelude to Hayden’s birthday the next day and also a sendoff, since he was getting ready to leave for Oxford, England, to take a short course on divinity or religious studies.

Ravi is a simple, devoted Christian apologist. His life’s calling, he said, is to explain, defend and propagate the unadulterated Word of God as written in the Bible.

But Ravi stands out among many speakers and authors because he lives what he speaks and is a gifted communicator, always tugging at the very core of the Christian heart.

Back to our luncheon, I could see that the ladies were regaled and in awe of Dr. Ravi, much as they were smitten by the charms of Baldwin. He was oozing with charisma.

Aficionados flocked to the Ballroom Dance World to watch the winning tandem of Joanna Leunis and Michael Malitowski, who once again proved their supremacy in Latin dance by winning, for the seventh time, the top spot in Blackpool, England, considered the Olympics of ballroom dance.

Also featured were Pinky Puno and Ryan Jago, who had competed in major ballroom competitions in the US.

Arlene Cu, who recently won in a competition in HK, was there with her partner, Anthony Plamio.

Dance divas Edna Ledesma and Belinda Adora brought along their friends and students. Mayenne Carmona, an excellent tango dancer, was there, too.

Ralph Joseph of Ralph’s Wines set up his Wine and Stolichnaya Bar, which put everyone in high spirits.

For beer drinkers, there was a variety of brews from San Miguel Beer.

Meanwhile, Philip Dizon, CEO of Vendiz Pharmaceuticals and a photography buff, took snapshots of the invitees as they sashayed on the ballroom.

Marco Polo’s Francis de Leon, and Mac Rosell made sure the service was excellent and every detail attended to.

For the night’s special giveaways, the women were asked to post their favorite bags from the collections and captioning answers to: “What Hervé Chapelier bag suits your style and why?” with the tag and  hashtag: @hervechapelierph,  #hervechapelierph.

All of the women excitedly participated in the contest, but only two got to take home chic Hervé Chapelier bags.

Anyway, it is never too late, dahlings, so check out the Hervé Chapelier store at SM Aura.