Seeking an end to the cycle of violence | Inquirer Lifestyle ❮ ❯ 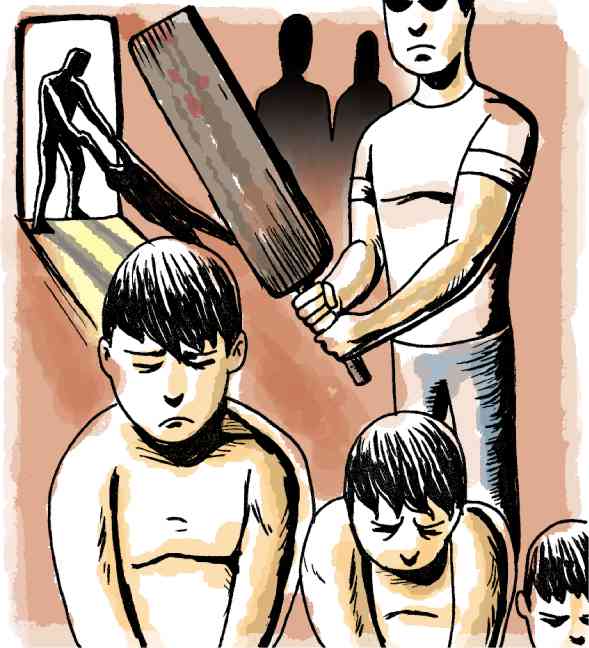 Seeking an end to the cycle of violence

Back in college, my friends and I never really gave much thought about fraternities, except in passing when the Alpha Phi Omega would hold its annual Oblation Run in neighboring UP. In the past few years, however, I have become concerned about these Greek-lettered organizations.

The concern is magnified by the recent death of 18-year-old Guillo Cesar Servando and the general outrage sparked by the dark tradition of violence in frats. It’s the same concern that all parents feel for the future of their sons who join frats without their knowledge. As frats and hazing occupy my thoughts, I can’t help but wonder whose promising young life will be wasted next.

The irony is, as the civilized world seems to have condemned its barbaric past, frats appear to relish the cruelty of its hazing rites now, more than ever. Rather than realize the error of their ways, frats that continue to uphold the tradition of hazing have moved on from the usual “paddling” of the neophyte’s buttocks to hitting the torso in order to “hide” the evidence of their sadism.

Unfortunately, any medical practitioner will tell you that this is even worse as they end up targeting vital organs such as the kidneys—which can lead to fatal results, as what we have recently seen. Assuming the kidneys are spared from continuous beating, there is always the danger of internal bleeding which, left untreated, as it usually is, can also lead to death.

Then there’s the so-called “assistance” that some frats claim to give their neophytes as they undergo hazing. Since when has forcing a person to stay conscious by force, feeding them chilli and chocolates or making them sniff ammonia, just so they can continue to be beaten up, considered an act of benevolence?

I find it mind-boggling to understand how anyone can consider people who would push you to the brink of death as their brothers. How can fraternities, which, according to their bylaws and by their very nature as brotherhoods, founded on common noble principles and goals of justice and equality, allow themselves to be used as an excuse for such inhuman and deplorable treatment by their members?

Clearly, somewhere along the way between the noble intentions of the fraternities’ founders and the blood-thirsty actions of some of its current members, something went horribly wrong.

Today, between frat wars and hazing, the death toll continues to rise; unless something is done now, the headlines of today will continue to repeat itself in the years to come.

Of course, I would like to believe and earnestly hope that the worst is over and that the laws meant to protect our youth will finally be implemented properly. I didn’t even know that the Philippines actually had anti-hazing laws already in place since 1995—considering that every few years, there always seems to be a new victim of this violent tradition.

“We already have the ‘anti hazing law’ in the form of Republic Act 8049. But as you can see, this has been proven toothless not only in preventing hazing but in going after those responsible for such violent acts,” Valenzuela Rep. Sherwin Gatchalian tells me.

Though the law is clear in its definition of hazing as “an initiation rite or practice as a prerequisite for admission into membership in a fraternity, sorority or organization by placing the recruit, neophyte or applicant in some embarrassing or humiliating situation such as forcing him or her to do menial, silly, foolish and similar tasks or otherwise subjecting him or her to physical or psychological suffering or injury,” it does not actually fully prohibit the practice.

“The so-called anti-hazing law is a misnomer,” Rep. Gatchalian admits. Far from criminalizing the practice and making it illegal, “the law simply regulates it.”

This is why it has not been effective in preventing the deaths of 20 other young neophytes since it was created in 1995 in honor of Lenny Villa who died in February 1991. If we are to get the average number of deaths due to hazing over the years, then we can say that since the passing of the law, there has been approximately one reported death per year.

But what about the other incidents that do not make it to the front pages of the news? Or incidents where parents may not even realize that their sons’ mysterious deaths can be attributed to internal bleeding or organ failure from a hazing incident that they did not even know about?

There are probably many more out there. But for as long as nobody is afraid of getting caught and held accountable for these deaths, then these senseless and violent deaths will continue.

Rep. Gatchalian believes that the first step to stop hazing is to finally declare it illegal. He recently filed House Bill 4714 or  Servando Act which he feels will be more effective, as it seeks an “express prohibition and criminalizing of hazing.”

“Servando Act will also impose heavier penalties and the provision of damages to the victims and their family,” he added. Among the heavier penalties that he is eyeing is a fine of P1 million and imprisonment of up to 20 years for participating members in any violent initiation rites such as hazing. This goes for the fraternity’s officers as well. The fine is raised to P3 million if anyone is found to be under the influence of drugs or alcohol.

In case the hazing “leads to death, rape, sodomy or mutilation of the victim, participants will be penalized with imprisonment of up to 30 years and a fine of P5 million,” he noted.

Another step in preventing senseless deaths from frat hazing is demanding accountability from our universities and colleges.

“If you will notice, whenever there are incidents of violence involving the students, the standard reply of school administrators is that they prohibit fraternities and they discourage students from joining such groups, said Gatchalian. “But they should be held accountable in case neophytes suffer physical harm or worse, death. Parents entrust their children’s safety to school authorities, who should be able to monitor what is happening in their own backyard and be liable for any trouble, especially hazing.”

In keeping with his belief that schools should be held accountable as well, any academic institution that is proven to have approved an “organization’s written application to conduct initiation that results in hazing” will be fined P5 million as well.

Already, many people are up in arms over what they feel is a violation of their constitutional right to converge and form groups. But considering that the proposed bills only deal with the initiation rites, hazing in particular, there should be no need for anyone to get upset.

Nobody is trying to prevent the formation of peaceful brotherhoods. We have seen positive results from such groups as the Rotary, Lions, Jaycees, Knights of Columbus, among many others.

If we can put an end to hazing, perhaps some of the fraternities would return to their roots and shine as they uphold their original core values and inspire our youth to be better members of society, rather than breed violent members bent on making others suffer just as they did in the hands of their “masters,” or blindly follow orders to hurt others just because they are from rival groups.

There are some quarters who complain that we are merely adding pieces to the puzzle. They may be right. But I, for one, am hopeful that maybe, finally, we will have the right pieces to put an end to what is quickly becoming one of the biggest fears of parents all over the country.

I can’t imagine the pain that parents of the victims go through, having spent their entire lives dedicated to loving, raising and caring for their children, sacrificing everything to send their children to college and, in the end, for what? To receive the heartbreaking news that some thoughtless kids have taken the life of their beloved child in a show of “bravado” and to prove their “loyalty” to one another? But where, pray tell, is that bold and arrogant show of bravado when one of their own falls?

So far, three of the suspects have fled the country, leaving their other “brothers” to take the blame. Those who have not escaped shamefully keep their faces hidden in hooded jackets and bandanas.

Perhaps stricter laws to end the cycle of violence that hazing condones would give the victims’ parents the sense of peace and justice they deserve. They have long endured the agony of waiting for the culprits to be punished. Perhaps these are the missing pieces that will help rebuild society and bring back respect for human life.