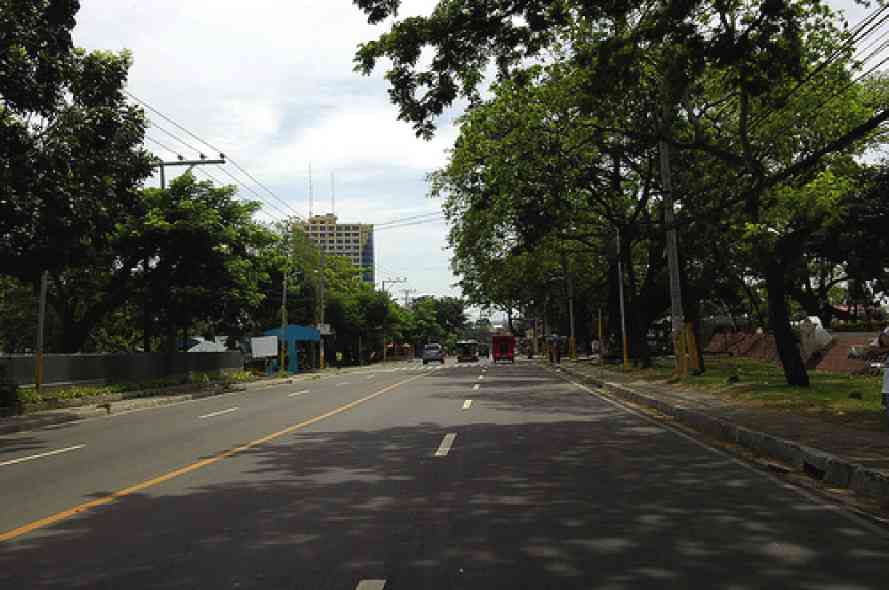 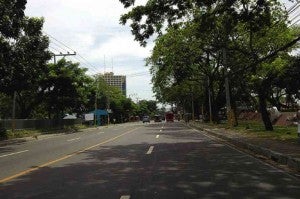 Flyover mania is taking over a lot of the country. Flyovers appear in places like Iloilo and Bacolod, to the annoyance of residents.

In Iloilo, the flyover sails past the frontage of a heritage Gabaldon-type school.  In Bacolod, people claim the new flyover adds, rather than relieves, traffic because of its bisecting a provincial-bus terminal.

Now comes a controversy over a flyover proposed in Cebu.

Dialogue? In Cebu, it might be too late for one. Tempers have already flared.  But dialogue certainly would have helped.

I reprint a position paper, from the faculty and students of the University of San Carlos College of Architecture and Fine Arts led by its dean, architect Joseph Espina, and the USC Graduate School for Urban Design, opposing the flyover constructions.

Despite focus on Cebu, the issues discussed are relevant to every city in the country. The statement follows.

It is a reality that street crime, visible poverty, deteriorating infrastructure, informal settlers and blighted neighborhoods are becoming increasingly common in our urban setting.

But we have probably become so callous to the situation that we fail to recognize this dangerous and silent progression that is not being given the attention it deserves.  And it has the potential, in the end, to hinder Cebuano society’s quest for decent urban life.

Already, there is a steady flow of residents and commercial establishments moving out of the downtown areas toward new developments along the hillsides and in the urban fringes, leaving the inner city blighted.

To be able to fully absorb the situation, we only have to observe what is happening in these areas.

Cleanliness and sanitation are increasingly a problem. Traffic congestion has worsened and criminality is on the rise. Flooding, illegal vendors and informal settlers…  These are typical symptoms of urban decay.

Contributing to this dire situation are government policies, which by themselves further exacerbate conditions.

The proposed construction of more flyovers in Cebu is a potential problem just about to happen.  And it does not take that long to see and feel the results.  Some existing flyovers are a testament to the fact that flyovers are not the solution to specific intersections.

There is a need to conduct a thorough study and let the results of those studies be the basis for the formulation of specific solutions to particular problems.

Much has been said against the construction of the flyovers.  Among those already mentioned by the “movement” is the violation of the people’s right to participate; the need for a comprehensive master plan; increase in vehicular density and air pollution.

These are points which speak for themselves and are understandable owing to their tangible nature. We could readily see the need for citizen participation, the worsening traffic or air pollution.

But there are the “intangibles”—factors which are not clear or definite enough to be seen or felt easily.  Many of these factors are related to urban design or the concepts of space.

Much of it has to do with the city’s image, which is crucial toward acceptability and ownership of the city by the residents themselves. That image must impart a sense of security and livability for city-dwellers.

The classic book “Image of the City,” a required reading for urban planners, by Kevin Lynch, theorizes extensively about urban design.  In the book, Lynch imparts that the design of cities is a temporal art, very much like the design of buildings or paintings or literature.

The difference lies in the scale of the city and the limited control which can be exercised by its planners or administrators.  While painters can exercise full control over his work of art, the many factors which influence urban design make it more difficult for planners to control the design of the city.

In designing a building or a residence, it is a basic design principle that its plan should be legible and transparent to the user. As one enters the structure, one is able to perceive the spaces within, the circulation is clear, the location of stairs, toilets and other spaces are perceptible.

With legibility, a user is able to navigate successfully inside the building.

Similarly, cities should be legible and understood by the residents.  The streets and views are unobstructed; different areas of the city are perceptible; and boundaries between districts are clear.  In a legible environment, there is order to things, where people feel a sense of security and the city achieves a sense of place.

According to Lynch, the image of the city can be defined with reference to physical forms conveniently classified to five types of elements, namely, Paths, Edges, Districts, Nodes and Landmarks.

Paths are the channels or the streets where people move.  Along these paths, the other environmental elements are arranged and related.

Edges are the barriers or boundaries of different areas or districts of the city.

Districts are areas with common or shared identifying character.

Nodes are strategic points where people can enter or depart.

Landmarks are points of reference, which may either be manmade or natural.

In “Defensible Space,”  Oscar Newman contends natural surveillance is necessary for residents to take control of their environment.  Visibility is a prime factor in natural surveillance, where mere visual contact deters intruders and helps prevent crime.  This concept may explain the prevalence of crime in visually deprived neighborhoods, such as in Barangay Kamagayan in Cebu.  Blocked roads and intricate alleys have reduced visibility toward its interior areas and prevented natural surveillance.

It is clear the residents of Kamagayan have lost their ability to come together against criminality, which, unabated, has grown increasingly rampant through the years.

Feedback is welcome at [email protected]