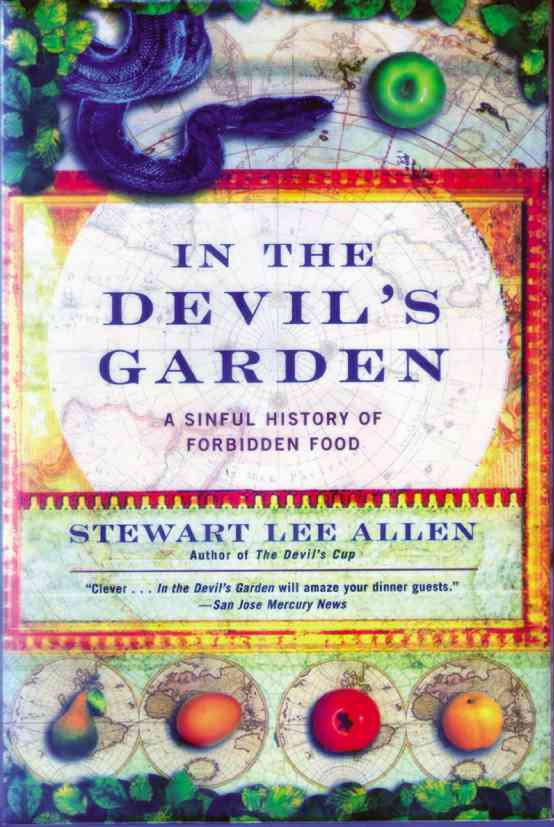 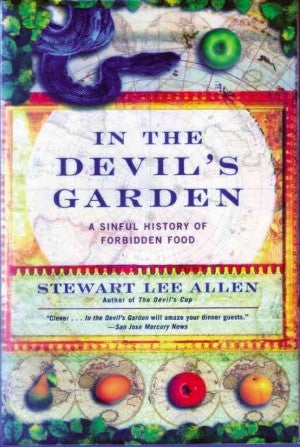 “Listless Filipino men eat balut, an egg in which a young duck has developed to restore sexual vigor. For maximum potency, you should feel the embryo’s bones and feathers as you chew.”

That passage certainly caught my eye as I read “In the Devil’s Garden: A Sinful History of Forbidden Food” (The Ballantine Publishing Group, 2002). The author, Stewart Lee Allen, writes an engaging story of food taboos, with chapters broken down into the “seven deadly sins”: lust, gluttony, pride, sloth, greed, blasphemy, anger.

You can guess that the balut is in the “lust” chapter, though if it was really good, it should not have bones and feathers.

While much of the information is shocking, more compelling are insights on culture, food history, even religions. Allen writes how certain foods have laws attached to them, “laws that are crucial in defining themselves in relationship both to God and to their fellow humans.”

Some laws concern what one should eat, shouldn’t eat and how to prepare the food. Jewish kosher and Muslim halal come to mind. Catholics have their laws about eating only fish and vegetables during Lent.

In the section “The Lawyer in Us,” there is always a way to circumvent rules. An Italian courtier reports how the supposed trout served on the table “was actually pheasant covered in ‘scales’ made of almonds.”

There are Thai Buddhists, Allen writes, who reason out that they can eat fish because they didn’t kill it but “removed it from the water.”

A curious story is that of Adolf Hitler who was said to be vegetarian and couldn’t watch movies where actors ate meat. In ruling Germany, the book says, he could convert it into a meat-free country but it would disrupt the food supply necessary to win World War II.

There are historians, though, who say that the vegetarian diet was merely to help ease Hitler’s queasy stomach.

And how did the French create haute cuisine?

Allen cites historian Stephen Mennel’s amusing theory that when Louis XIV decreed that the nobility should move with him to Versailles (to keep an eye on the rebellious lords and ladies), it created an atmosphere of culinary competition in that relatively small place—each of the nobles brought his own chef, bakers and party planners. One person, François Vatel, pressured to create a perfect banquet, killed himself when the fish ordered didn’t arrive on time.

In contrast, English high cookery took a long time to emerge because during the Victorian era, dreary eating started in one’s childhood—when only old potatoes and mutton were given 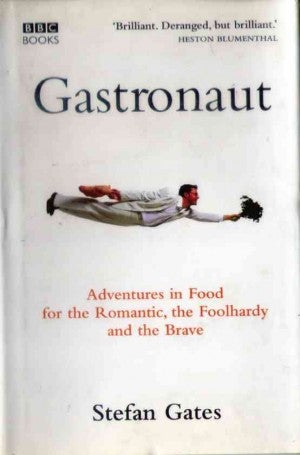 without sweets or sauces or vegetables.

That reminded me of another book, “Gastronaut” (BBC Books, 2005), whose author, Stefan Gates, blames Britain’s culinary decline to “bad marketing.” He asserts that the French created great names for their food: vol-au-vent for puff pastry, bouillabaisse for a fish stew, mille-feuille for puff pastry layers with filling in between.

“We (Brits) decide, quite rightly, that our strongest national characteristic is a good sense of humor and then, quite wrongly, that humor should be the basis for our national cuisine.”

The names are certainly funny but the dishes aren’t tempting.

“In the Devil’s Garden” is a mine of information about ingredients. Allen writes that when one soldier of Alexander the Great died in a battle near India, the widow, Vrinda, was so distraught that she threw herself into the funeral pyre (thus starting the practice in India). The Hindu gods turned her hair into a sweet-smelling plant, the basil as we know it.

However, when the story reached Europe, the tale changed from a devoted widow to a mad widow who decapitated her husband, then buried the head under a basil bush. This later made the plant so huge it became an object of pilgrimage. The widow then killed herself.

The story gave birth to an Italian custom of “shouting obscenities when plucking its leaves,” because smelling the leaves is apt to make you “grow mad.”

In case you’re wondering about the confusion of terms between pepper and chili pepper, Allen blames Christopher Columbus who never reached India to bring back the precious spice, and so hoodwinked his patrons by calling the chili as pepper, and the native Americans, Indians.

Years ago, I read a chapter in a book that relates how a certain Indian tribe unknowingly released niacin or vitamin B3 from corn, their staple food. I couldn’t remember which book it was and thankfully, the information is also in Allen’s work.

The early Americans promoted their own food like white flour, beef, sugar and potatoes to supplant the Native Americans’ natural organic corn. Then and now, diabetes became a problem because the Indians’ digestive system could not break down sugar.

To Allen, it was a way of “forcing conquered people to lose their native dishes… to lose their cultural identity and become ‘white bread’ Americans both in their hearts and at the dinner table.”

Allen explains to people who study and write about food “how important a role cuisine plays in our sense of self.”