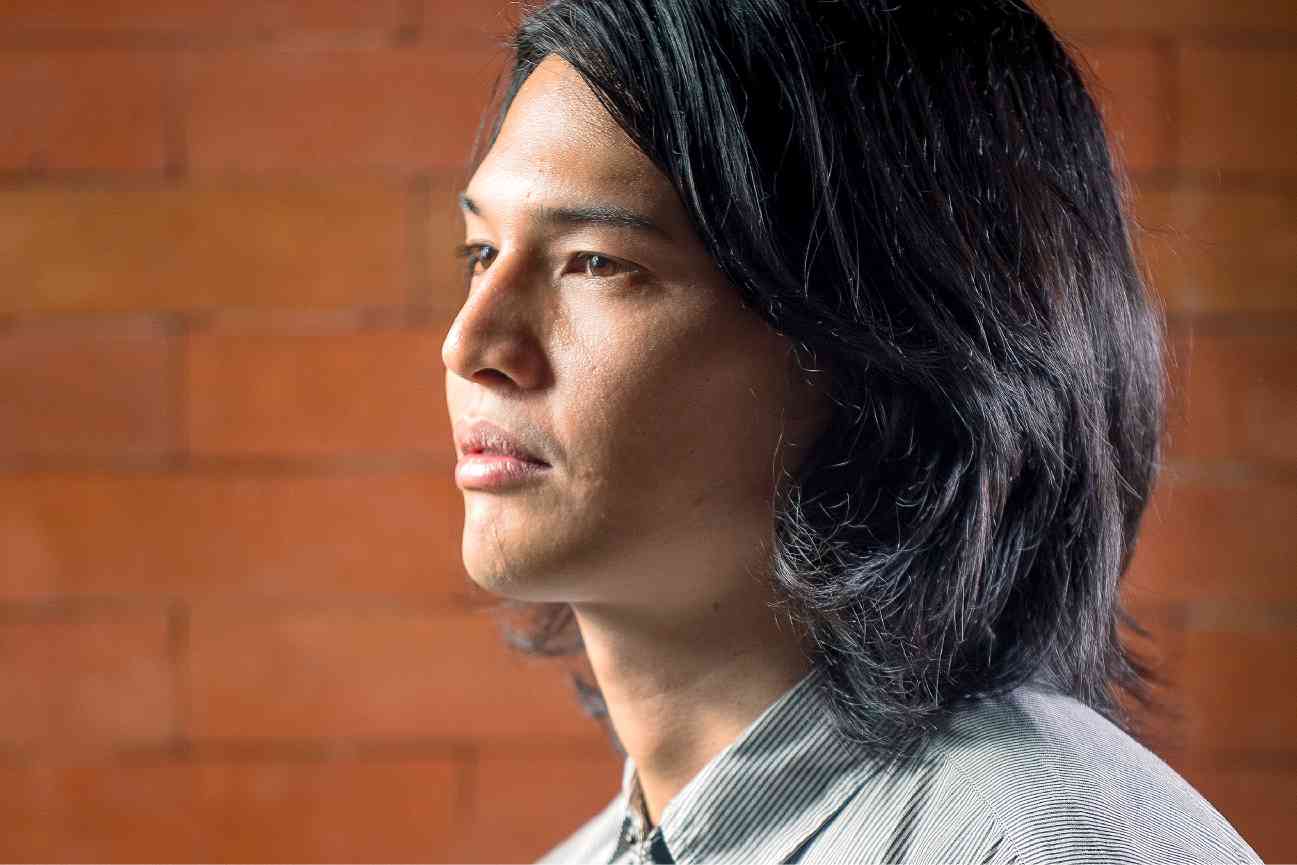 If the sins of the father cannot be visited on the son, does that put Marcos grandson Fernando Martin “Borgy” Manotoc in the clear?

The 31-year-old Honolulu-born Manotoc, however, is not about to make any apologies about his family and its place in Philippine history, especially since he was too young to see it unfold.

Manotoc, eldest son of Marcos daughter Imee and sportsman Tommy was just 3 when the Marcoses fled to Hawaii in 1986 following the Edsa People Power revolt that toppled the authoritarian government and installed the late President Corazon Aquino into power.

What he knows about his grandparents and the significance of the Marcos name he learned through family and his own independent readings on the Marcos years, he says. The weight of the Marcos political lineage also confronts him regularly, as the country has yet to shrug off the grip of family dynasties over public office.

Aside from his mother who is governor of Ilocos Norte, grandma Imelda is Leyte’s congressional representative, while uncle Ferdinand Jr. (Bongbong) is a senator.

Manotoc, who says he got his will and determination from his mother and love for sports and fitness from his father, says he first realized the magnitude of the interest in his family in 1991, when the family decided to go back to the Philippines after five years in Hawaii.

“We came off the plane and there was my uncle (Bongbong). Then as we walked through the (airport) tunnel, there was this glass cage of reporters (waiting to interview us),” he recalls.

“I did not really get to know my grandmother (Imelda) then, but then I saw this amazing silhouette of hair and then her terno. I thought it was a movie,” he adds.

Manotoc admits that there were times during his childhood when he felt “a little bit confused” because the family was moving all the time. Eventually he made peace with the duality that comes with his inextricable connection to the Marcos patriarch.

“[The Marcos history] is a part of me. I understand it is connected to me but still, it is very hard for me to relate (to it).  Everybody’s going to have an opinion about my family and it can go to extremes.  But I am not about to go and change people’s minds. The past is the past and we can all learn from it,” says Borgy, who was nicknamed after tennis great Bjorn Borg by his dad.

He is more concerned about the future, he adds, one that he sees firmly located in the competitive field of entrepreneurship.  While he’s had a measure of success selling clothes as a model since he was 15, thanks to his lean but muscular build, trademark angular cheekbones, full pouty lips and olive skin, he admits that such assets can only go so far.

Which is why he’s put up other businesses, primarily the local operations of iconic British footwear brand Dr. Martens and Finders Keepers restobar in Makati City.

Fortunately, he’s an old hand in retail, sales and marketing: He first earned money selling candies to his classmates way back when.

He also worked as a sales associate in New York, joined casting calls as a model and interned in a small record company, where he got exposure on the creative side of music.

“I’ve always had taste, which is intangible. Working as a sales associate, I could understand what could be the highlights of a collection,” says Manotoc, who developed his taste from being exposed to different cultures around the world, from the United States to Morocco, Portugal, Singapore, California, New York and then back to Manila.

He banked on that sense of style, further honed by his modeling stints, when he opened a shop called Bunker, a multibrand clothing store he set up at the Bonifacio Global City (BGC) in 2008, four years after he decided to stay put in the Philippines.

For this, Manotoc used his own capital accumulated by years of being thrifty as most Ilocanos are known for. The market, he says, wanted clothes and shoes that were different from those available locally, so he brought in a unique inventory of Nike, Vans, Adidas, Puma and Converse lines. He personally dealt with suppliers, managed inventory and overhead, and served customers himself.

“It freaked some people out that I was there. One time there was this old lady with his son who asked me why I was working.  Did I actually needed to work? I said, one always has to work and it was really fun for me,” says Manotoc, who adds that living abroad for some time had made him independent and self-reliant.

Bunker, however, was just a dress rehearsal for a bigger venture—that is, to build the Dr. Martens brand in the Philippines through a distribution and retailing company he put up with friends, including Andrew Garcia, in 2011.

“Dr. Martens has an amazing heritage and story. It was present in so many cultural movements in music and in the arts,” says Manotoc on why he chose to invest in the brand. “There is an honesty to it. It does not try to be anything else than what it is.”

Such faith in the product known mainly for its line of sturdy but comfortable boots, encouraged Manotoc and his partners to invest in the first stand-alone store of Dr. Martens at BGC in 2013.

So far, it has been a great ride, allowing Manotoc, who remains active in the modeling scene, to delegate more and not micro-manage as much as he did when he was just starting out in the Philippines.

“When I started as an entrepreneur, I was very hands-on and I kind of took to it well. But when the business starts to grow and becomes more demanding, you have to be more efficient. Delegating responsibility plays a huge role. You are nothing without your team. As much as you are a workaholic, as much as you can manage as a person, you need a team to support a vision,” explains Manotoc, who relies on his parents and younger brothers Matthew and Mark to keep him grounded.

He does all that in a pair of his favorite shoes, in a nod to his grandmother whose Imeldific shoe collection had inspired songs, spoofs and parade floats.

“I used to save my lunch money for shoes. We always laughed about it. It is obviously genetic,” says Manotoc, breaking into the wide, toothy smile that has helped sell many commercial products.

And then there’s Finders Keepers, a restobar that so far has been attracting a sizable crowd for its drinks, the music and conversation.

Manotoc likes to believe that his business success is something he has earned by sheer dint of hard work, and not because of the Marcos name. “I consider myself very lucky to be in this family regardless of all that has been said,” he says proudly, seasoned businessman and loyal kin all at once. •