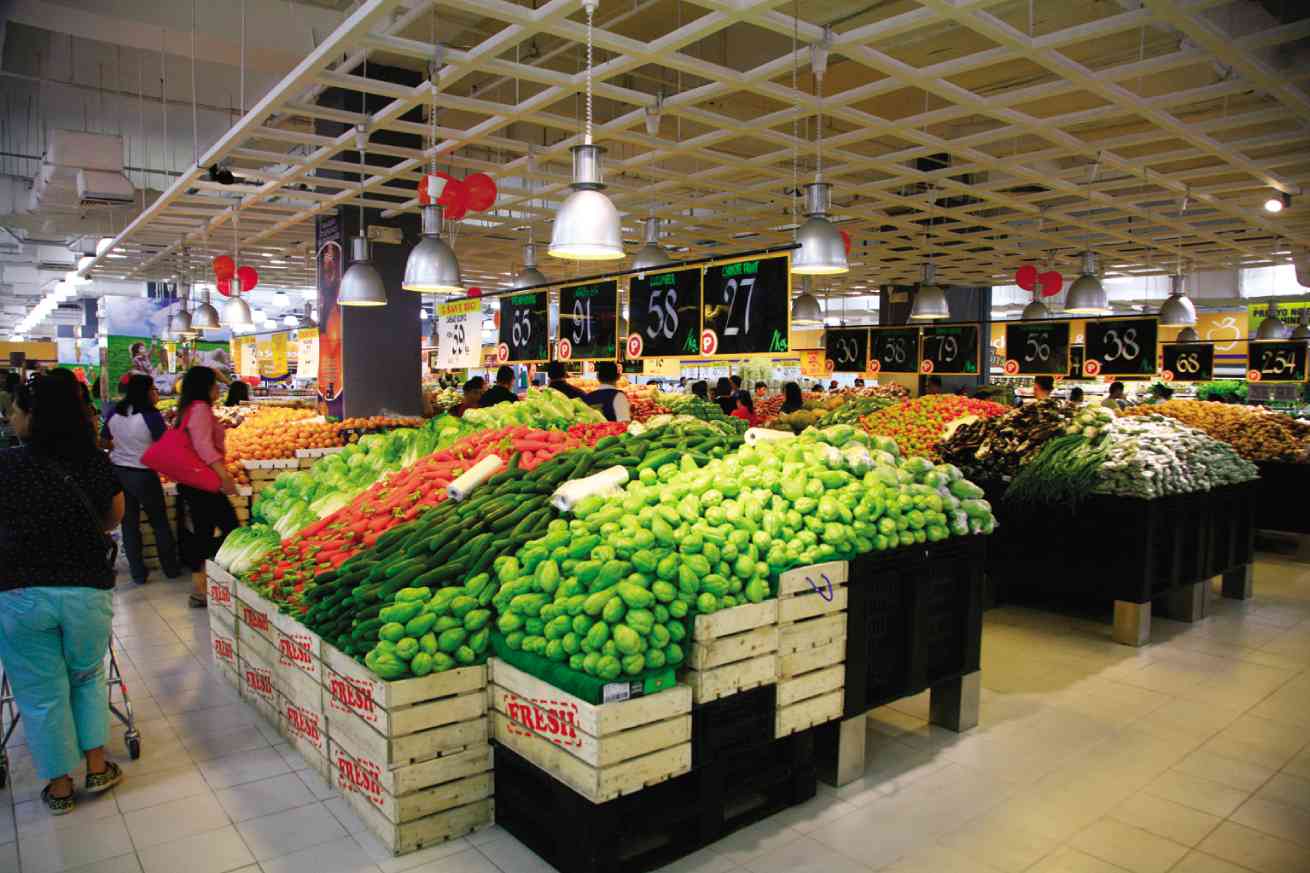 ‘Better, simpler, cheaper’–hypermarket gets a reboot

Shopwise Alabang, the first in a chain of 13 hypermarkets that opened 16 years ago, was relaunched early this month as part of Rustan’s Supercenters Inc.’s (RSCI) efforts to be more responsive to changing consumer needs.

A “hypermarket” combines a supermarket and a department store.

The two-story Alabang Hypermarket has consolidated its operations into a single but bigger area on the ground floor.

To accommodate key sections, the floor area has been extended to the back while removing slow-selling items and beefing up fast-moving ones.

In lieu of the small gourmet restaurant and coffee shop near the fresh section, there’s now a smaller in-house Mongolian food stall near the store’s entrance, which shares space with other tenants selling different food items.

Gone, too, is a pair of elevated “walkalators” in the central area leading to the second floor.

This is to maximize space and streamline the hypermarket’s products with a better layout.

The changes go beyond the physical. Shopwise now caters to a broader market, while sister chain Rustan’s Supermarket addresses the needs of a high-end clientele.

“We’ve retained and even made improvements in our fresh section, which is our pride,” said Deplanck. “Unlike some stores, we manage everything ourselves. We don’t have concessionaires. Instead we buy directly from sources.”

Such a system allows Shopwise to control the quality of its inventory. By eliminating middlemen, the chain is able to get the best fresh items for its stores at the cheapest prices.

“We give back that savings to our customers in the form of lower prices,” said Deplanck.

Regular customers will find the best locally produced products, from canned goods to bottled shampoos and packed detergents from the biggest national and multinational companies, are still there.

Shopwise has also beefed up the variety of items under Surebuy, its corporate in-house brand.

“Surebuy has all the essentials like cooking oil, sugar, eggs, noodles, toilet paper and many more,” said Deplanck. “They are 20- to 30-percent cheaper than leading brands, but their quality is still the same. That is something we don’t compromise on.”

Produced by different companies based on Shopwise’s specifications, Surebuy products can match or even surpass the quality of not a few leading brands.

He explained: “It’s better for our target market, simpler for our people to operate and maintain, and results in cheaper buys for our customers.”

Consumers can also benefit from economies of scale since RSCI is now a joint venture between the Tantoco family and Dairy Farm, the huge company behind a network of regional retail players such as Giant, Wellcome and 360.

“For instance, through Dairy Farm, we have access to the best fresh and chilled meat from an Australian farm called Harvey,” said Deplanck “Since we’re buying for 6,000 stores all over Asia, we have clout and the economies of scale to get the best and the cheapest prices. Again, we put back the savings we get to our customers.”

“Based on its quality, an ironing board, for example, has a market price ranging from P900 to P1,000,” said Deplanck. “Since Shopwise is now part of the Dairy Farm group, we are able to sell it at only P299.”

The Alabang branch’s relaunch is significant also because it’s one of the chain’s biggest in terms of store area and revenue.

And perhaps, for sentimental reasons, Shopwise Alabang is RSCI’s first foray into hypermarkets when almost all of its competitors back then were still stuck in the supermarket model. It’s only right that big changes and improvements should start with the first store, said Deplanck.