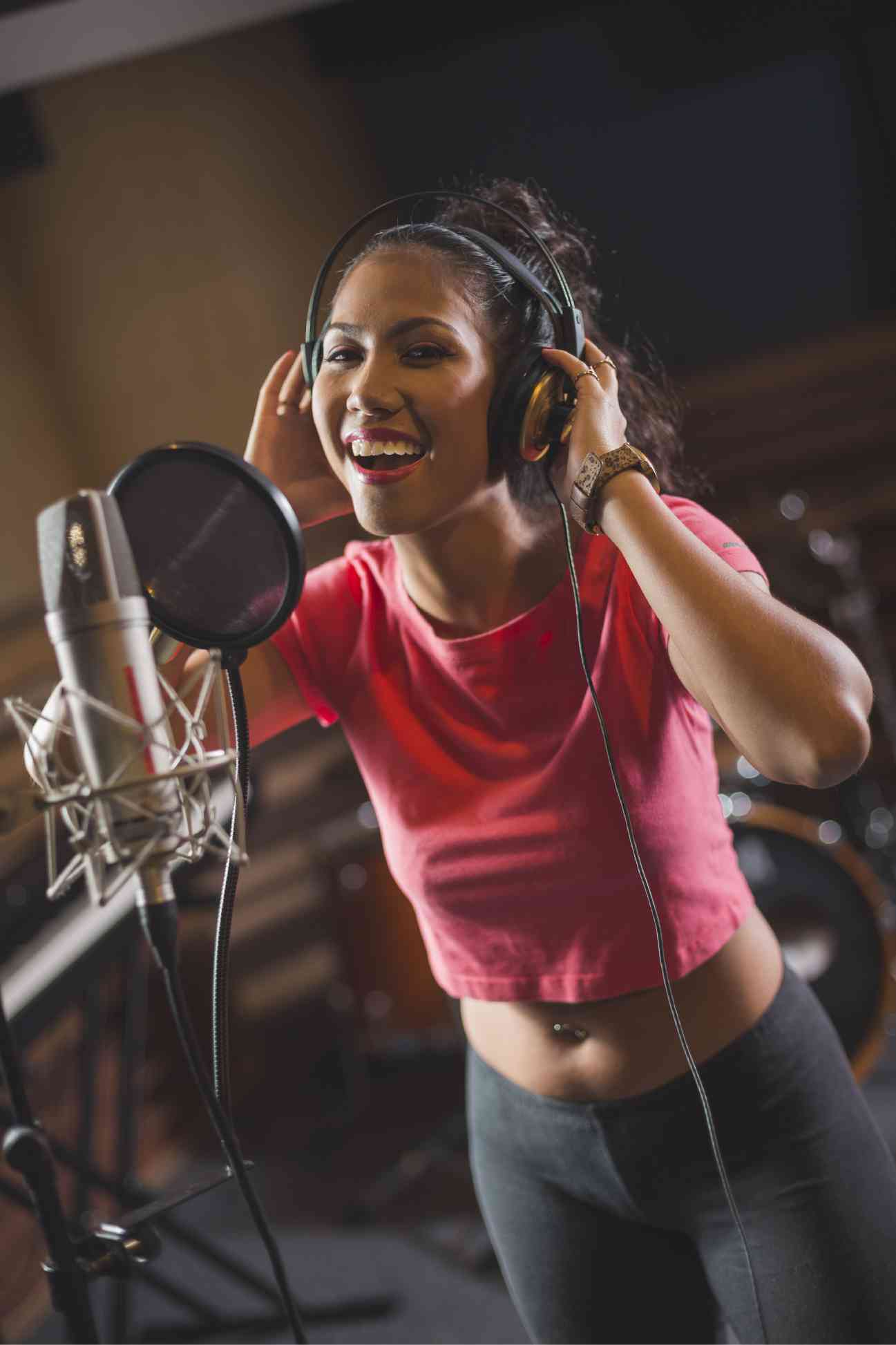 A smoky, sensual vibe permeates “That Room,” the upcoming solo debut of Chillitees’ front woman Uela Basco, leaving little to the imagination as to what went on there.

The rest of the lyrics are a litany of song titles from the golden age of Aaliyah, Janet Jackson, Brandy and Monica—when “soul” and “sex” were almost synonymous.

“C’mon and buy me a drink,” she purrs on “Naughty Nancy,” another boot-knockin’ anthem with MC Switchtrick of the Mighty Miscellaneous hip-hop crew.  “I’m just an ordinary girl, misunderstood… why not give it a whirl? I know we should…”

On “Spend Some Time,” she pleads with her lover: “I wanna spend some time with you/we can do it all night, ooh yeah…”

No surprises here, since sexuality was always a strong element of Uela’s stage persona, even when fronting the ‘tees’ jazzy, groove-oriented brand of OPM soul, which the band cheekily dubbed “Espasoul” on their second album.

It’s even more front and center on “That Room,” since the arrangements are straight-ahead R & B, with electronic beats and collaborations with guest vocalists, among them Karl Villuga of the Akafellas and Monique of hip-hop outfit 7 Shots of Wisdom taking the place of the Chillitees’ signature acid jazz groove.

On video, the former Catholic school girl isn’t shy about flaunting her assets either, with revealing outfits and a sexy stage persona that has won her a rabid cult following of (mostly male) fans.

A while back, Uela burned up the Internet with a YouTube video of her doing a pole dance in sequined hot pants. (Among her other talents, Uela is also an instructor at the Pole Academy of the Philippines).

A pole-dancing sequence (and the singer’s booty) also figured prominently in the music video for “Summer Love,” the initial single from “That Room,” which is now on rotation on MYX.

It’s hard to get away from the pole dancing thing, she admits.

“It’s eye candy kasi, so it’s become a topic in the indie scene,” she adds.

Apart from doing the musical arrangements, Gil also wrote all of the lyrics for “That Room,” so there’s more than a bit of male fantasy projection going on behind the scenes.

There’s a marked tendency in the local R & B scene to “oversoul,” going overboard on the melisma like Christina Aguilera on meth, or belting like there’s no tomorrow.

To her credit, on record Uela prefers to keep things on the simmer, just short of boiling over.

“Soul is a matter of how you execute the song,” she says.  “Hindi kailangan bumanat kung nandoon ang feeling (you don’t have to overdo it when the feel is there).”

She credits her taste to old-school influences:

“I like to collect vinyl albums,” she says.  Her Sunday listening includes the Isley Brothers, Earth, Wind and Fire, Stevie Wonder—’70s soul/funk.  A recent discovery from left-field is Yvonne Elliman, best known for playing Mary Magdalene in the “Jesus Christ Superstar” film and for singing on Eric Clapton’s classic “461 Ocean Boulevard.”

“I also listen to guy vocalists,” she adds.  “I take cues from Michael Jackson, Stevie Wonder.”

At 29, Uela is already a music scene veteran, having joined the Chillitees when she was just 17.  She was also something of a child prodigy.

“Her mother told me she was like a bird when she was little,” recalls Gil, who along with Uela, is the only original member of the Chillitees.  “Even when she spoke it was musical.”

Her musical family might have had something to do with it: Her father used to sing and play guitar in a “combo,” while her mother played the guitar.

At age 10 she was almost signed by Viva Records’ Vic del Rosario; she had come to the attention of Del Rosario’s wife, the late Mina Aragon, who was convinced she could be the next child superstar.  But Aragon died before the project could be realized.

Uela continued singing, however.  She joined the National Musical Competition for Young Artists (NAMCYA), and on the basis of her performance, her parents enrolled her in Ryan Cayabyab’s music school, where her formal voice training began.

Uela had enrolled in a foreign service course at the Lyceum, but the pull of the music scene was too strong to resist. While still in her teens, she was asked to join the Sun Valley Crew, one of the early pioneers of Pinoy hip-hop, to sing “hooks” in between their rhymes.  It was through the Sun Valley Crew that Uela met Dan Gil.

Their initial collaboration was the jingle for the GMA sitcom “Idol Ko Si Kap.”

A composition major from the UP College of Music, Gil’s first band had been the Blank, the house band for the Baguio Arts Guild, whose members included Grace Nono.  A keyboard player and saxophonist, Gil next joined pop outfit Neocolours, then turned journeyman jazzer, playing with the likes of Johnny Alegre and Bob Aves, until a traumatic turning point.

“My music studio burned down, and with it my saxophone,” he recalls.   The loss of his horn put him off jazz for a while.

It was just at this point that he discovered the Sun Valley Crew and the emerging hip-hop/R & B scene during the late ’90s, and got his groove back.

Together with Ryan Armamento, Gil and Uela decided to embark on a songwriting experiment, which eventually evolved into the Chillitees.

The Chillitees, who have been together for more than a decade now, is one of those groups that resist easy pigeonholing.

“We weren’t really hip-hop,” says Gil.  “We weren’t mainstream, but we’re not totally underground either.  We’re not a stadium band, but we’re not just a club band either.  The Chillitees was formed with no other consideration but the music.  If it happens to be pop, then it becomes pop, but that wasn’t the intention.”

“That’s why it was easy for us to call it ‘Pinoy soul,’” he adds.  “It came to the point that some people started calling us ‘jologs soul.’”

Whether it’s jazzy R & B or soulful jazz, the Chillitees sound is distinct.

“We are influenced by a lot of different genres but our sound is still homogenous,” says Gil.  “Iisa ang tunog namin kahit ano ang tugtugin namin. (We have a distinct sound whatever we play). With Chillitees the challenge was to make OPM suave.  We didn’t recognize any limitations, so we set out to create something that wasn’t formulaic.”

The band’s first album, “Extra Rice,” was picked up for distribution by a major label, but the Chillitees have been indie since then, building up a loyal following through club gigs.

Uela’s prominence and popularity as the band’s front woman made spinning off as a solo act a no-brainer.  A conscious decision was made to depart from the Chillitee’s signature jazzy/groove oriented sound by utilizing more beats, more electronics, and collaborating with different artists, among them guitarist Rich Griner, who played on “Summer Love,” the initial single from “That Room” which was released earlier this year.

“Where the Chillitees is vintage, this one is more polished R & B,” says Uela.

With the steamy video for “Summer Love” having been picked up by MYX, the game plan for Uela now is to break “That Room” where most new acts now break—on the Internet.

Both Uela and Gil have high hopes that their brand of smooth R & B will gain the necessary traction to go mainstream.

Meanwhile, the Chillitees soldier on, with a third album scheduled to drop soon after “That Room” breaks.

All of which augurs well for fans of the groove. •