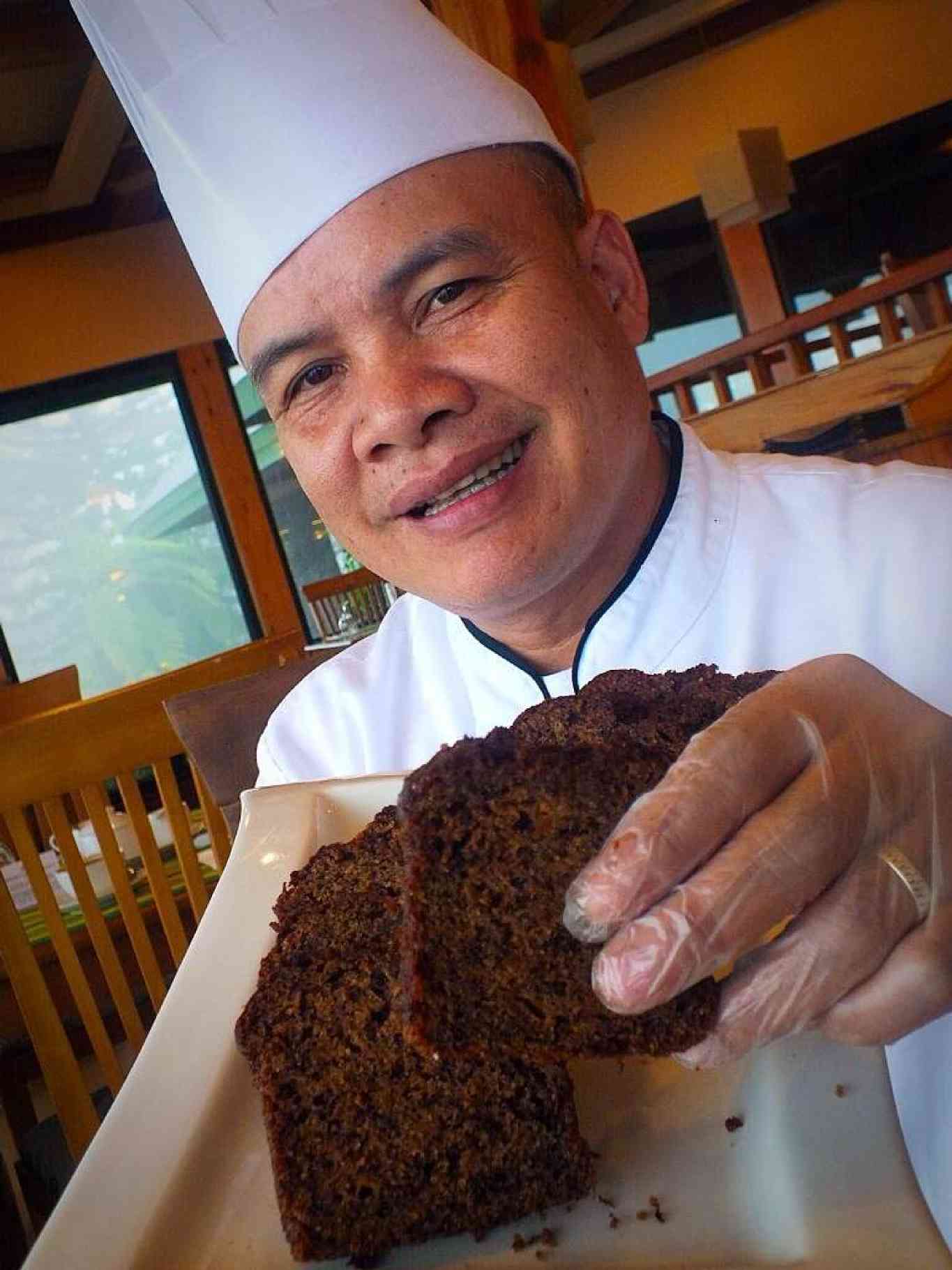 The Cordilleras may have rice terraces but the region is hardly the country’s rice basket, managing only a yearly harvest of heirloom rice.

Ironically, according to the PhilRice 2013 Survey, people from this region, except those from Benguet and Baguio, consume the most rice at an average of 133 kgs a year per person, compared to the typical Pinoy who eats 114 kgs per year.

To fill up the rice deficiency, Cordillera folk eat bread.

Unlike the rest of the country, Cordillera was not colonized by the Spaniards but by the Americans at the turn of the century. The first loaves of bread brought by the American government officials, the Thomasites and mining prospectors were aptly called sourdough.

By 1920, bread had become available in Session Road, according to James Halsema in his biography of his father, E.J. Halsema, who became city mayor.

“Only a limited variety of food was available in Baguio. The Chinese groceries on Session Rd. carried loaf bread, pan de sal buns, and staples—mostly canned items—plus a wide variety of imported liquor and locally distilled square-face gin (named for the shape of the bottles in which it came),” wrote Halsema in his book “E.J. Halsema: A Colonial Engineer.”

He added that American households made their own noodles and baked their own pies.

Photographer Dave Leprozo Jr. recalled, 40 years later, when they owned one of the biggest bakeries in the city, Shanghai Bakery along Abanao.

He said his father’s bakery started what was then known as Kiangan Bread, “a heavy and all-nutritious bread pudding similar to pound cake, but a cheaper version. I think we were the first to market Kiangan bread (until) other Baguio-based bakeries followed suit in the ’70s.”

The bread was baked in rectangular pans then divided equally into rows, with colors ranging from burgundy, yellow and violet to make them attractive, Leprozo said.

Bread sellers would bring them in boxes all over Baguio. They were bartered for old newspapers that the old women peddlers would measure by stretching their thumb and forefinger. One dangkal (fingers’ width, or roughly 6 inches), would get you ten pieces of Kiangan bread then.

Leprozo said that they used to transport their Kiangan bread as well as loaf, cinnamon rolls and other pastries to as far as Tabuk City in Kalinga and the mining town of Mankayan in Benguet.

“We would pack the bread inside used cans of lard,” he recalled.

Other famous breads at that time were the cinnamon rolls of Star Café and the Streamline Cake of Dainty Café.

A children’s birthday party in 1980 would not be complete without the Streamline Cake, a rectangular sponge cake topped with rows of frosting and custard icing. In defunct Dainty’s Café, which used to be a media hangout, breads were known by nicknames. The pineapple bread slices were known as “hollow blocks” while the pan de sal was known as “fried chicken.”

Also part of Cordillera bread history is the sadkik, which is found mostly in Central Cordillera, and is not really bread but an indigenous hotcake.

“Because there are no pan de sal in the interior, this is the fastest bread people there can make,” said software developer Brian Batong.

“The batter can be mixed with eggs and cooked over firewood on a carajay or palso, an indigenous frying pan,” he added of the sadkik that is sold in bus terminals on one’s way to Bontoc or Sagada.

“When you go to Bontoc, just say ‘sadkik’ and they will serve it to you with margarine, peanut butter, honey, condensed milk or chocnut,” said cultural researcher Hector Kawig.

Teacher Mel Nacionales-Garcia said that the sadkik may have been derived from the margarine-topped hotcakes made at 3 Sisters Carinderia along Hangar at the Baguio Public Market in the 1960s.

But the more important contribution of Baguio to the country’s bread history is Café by the Ruins’ kamote (sweet potato) bread.

“My brother Ernie Lim invented this bread when he and his small, young family lived in Baguio. In those days he and his wife, Czarina, were looking for a more nourishing bread without chemical additives or ‘improvers.’ Ernie also wanted to use ingredients that were cheap and plentiful in the market. That item was sweet potato or kamote,” wrote Laida Lim-Perez in the Café by the Ruins cookbook.

“When they opened the first sandwich bar on Session Road in the days before shopping malls, they offered kamote with an assortment of fillings that one could mix and match. The kamote sandwiches came with a complimentary cup of the day’s soup,” Lim-Perez added.

Ernie’s Bread has opened a Facebook page and you can follow the kamote bread from Puerto Princesa to Somerset Olympia in Makati.

Feliz Lim Perez, Laida’s daughter, said that the Café had tweaked the original kamote bread and is now using it for their BLT, bacon-lettuce-tomato (another Teddy Lim original recipe), with fish roe pate and the Ole Nick open-faced tuna sandwich.

Also worth noting are other favorite breads from Baguio: the raisin bread and banana cake from Baguio Country Club, Chona’s Delight from Tea House, and cupcakes from Kiwi House and Everything Nice, among many others.

The Kiangan bread and cinnamon tradition started by Shanghai Bakery and Star Café are now carried by many bakeries along Halsema Highway. Even the loaf brought by the Halsemas in 1920 are now sold by Dane’s and Valley Bread.

But the snooty Baguio people are above calling it “Tasty.” Even in Bontoc, the American white loaf is simply called “loaf bread.” •