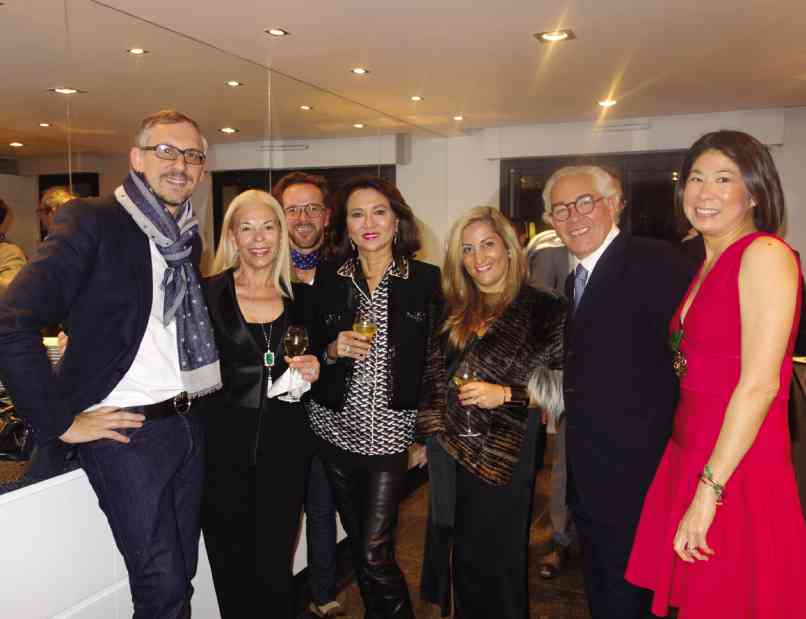 This is part 2 of the grand three-day birthday celebration of my dear palangga, interior designer and architect Jonathan Matti, in Paris.

The whole house, dahlings, was decked with flowers and plants by Rambert Rigaud, a former studio director in the ateliers of Yves Saint Laurent and Dior Haute Couture, and now Paris’ top florist and herbalist.

We all enjoyed the wild Spanish gypsy band and the awesome fireworks display viewed from the west balcony of the Renucci couple’s flat.

One of the many highlights of that fabulous evening was Rachel’s speech: “Jonathan is a dear friend… not only has he designed all my houses, but he has been instrumental in the way I dress, live and even in my choice in marriage. He really is a friend you can depend on, even when we have our ‘Mekong moments.’”

This was followed by a short talk by Andrew Gan.

And the party went on till almost daybreak, with romantic Paris as backdrop.

But hard to beat was the climactic third party.

The gracious host, top barrister Francois Serres, opened his très chic abode on a Sunday, to welcome Jonathan’s 85 guests from all over the world.

A red carpet was laid down the long staircase, which was lined with red roses and scented candles.

There was superb-tasting champagne, chilled from the host’s bathroom bathtub, and a delectable buffet-style dinner.

James handed out party favors of organic moringa tea from his own Green Earth Heritage farm in Bulacan. Believe moi, the guests appreciated that energy boost after much carousing!

The birthday boy could only laugh as his birthday cake was wheeled in, accompanied by loud “Happy Birthday” singing from everyone. “At this age I still get thrilled,” Jonathan said.