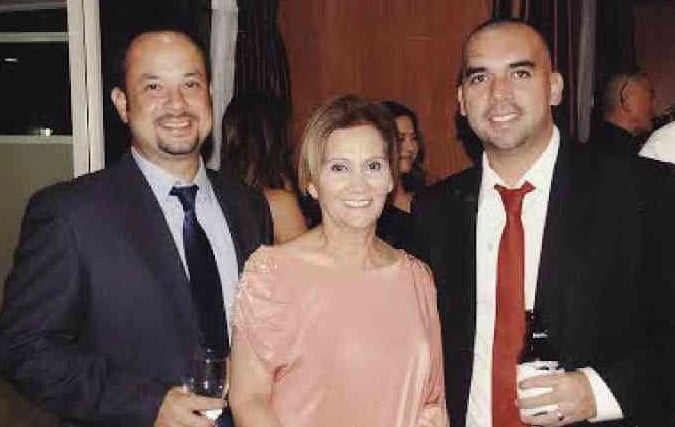 Casino Español de Cebu marked Dia de la Hispanidad on Oct. 11 with the traditional pomp and circumstance. First there was the anticipated Mass (next day was Sunday) officiated by Msgr. Achilles Dakay.

Cocktails were served at 6:30 p.m. at Salon Granada where two tables were laden with Spanish appetizers. There was a carving station for jamon serrano, varied sausages, cheeses, the ubiquitous tortilla española (potato omelet) neatly diced, and special chorizo balls made by the Yoldi family in Dumaguete.

Asked where the Spanish gourmet items came from, food and beverage consultant Bernardo Losada said they came from the deli department of the Rustan’s supermarket recently opened at Ayala Center Cebu.

By 7:30 p.m. everyone was ready to file into and get a vantage table at the grand ballroom, Salon de España. Welcoming all were the club’s officers led by president Eduardo Gonzalez (honorary consul of Mexico) and his wife Therese.

Welcome remarks were delivered by president Ed Gonzalez, while the toast was led by honorary consul of Spain Anton Perdices who came with his pretty wife Maripaz. They had just arrived a few days before from a trip to Spain and Portugal with a group spearheaded by Cebu City Mayor Michael Rama.

In Barcelona they followed up the sisterhood process, and in Portugal they visited the birth-place of Ferdinand Magellan in Sarbossa. “You welcome us even if we killed Magellan in Cebu,” Mayor Mike commented. He was told, “Don’t worry, it was not you; we know who did.”

Dinner was served at about 9 p.m. at Salon Madrid. As usual, it was an array of Casino Español’s best-loved specialties. The authentic version of the paella Valenciana rated superlatives, as did the roast turkey.

At the dessert station, there was a beeline for the delicious homemade (the Casino’s kitchen) chocolate truffles. All those calories had to be burned, and so the dancing started in earnest once the On The Cover band began to blare to the point of drowning any attempt at conversation.

Those tripping the light fantastic just swayed, swung, cha-cha-ed and boogie-woogied to their heart’s content. Among the dancingest were Don and Zelda Ruiz, Tony and Lorna Quisumbing, Tintoy and Maricar Perdices, Louie and Lynn Moro, Ed and Cely Chiongbian, and many more.

Myra Gonzalez Osmeña was seated with sister Margot and Manuel Larrañaga, José Mari Miranda and a special guest who had arrived from Spain, TV reporter Iñigo Ascensio. He was filming Basque residents in the Philippines for a special series about them all over the world.

Next important event at Casino Español de Cebu is a Spanish Gastronomic Wine Dinner set at Salon Comedor the evening of Nov. 26.

It is coordinated with Barcino of Manila, which is sending a special chef, Nicolas Diaz, for Spanish cuisine. The menu has about six courses, accompanied by the appropriate wine pairings.

There will be much activity during the Christmas season at Casino Español de Cebu. The traditional Cestas de Navidad raffle will be on Dec. 8, with buffet dinner starting at 6:30 p.m.

It is not just the 15 baskets filled with goodies that will be raffled but a treadmill (grand prize!), and Asian Royal Caribbean cruise holiday for two, a laptop, a Go Pro camera, a Galaxy Tab, and luggage.

There will be special buffets on Christmas Eve and Christmas Day. Then comes the grand costume ball on New Year’s Eve, and on the first Sunday of January the three kings will come to distribute gifts to the members’ little children.