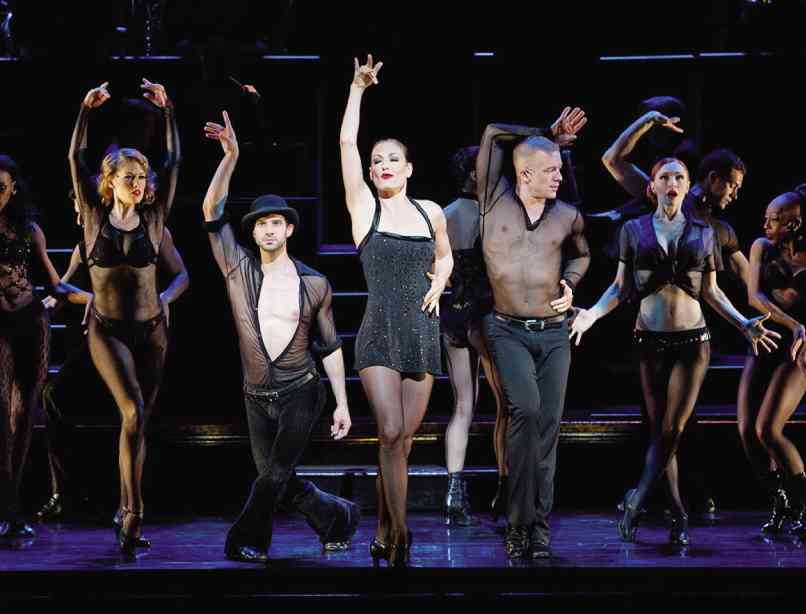 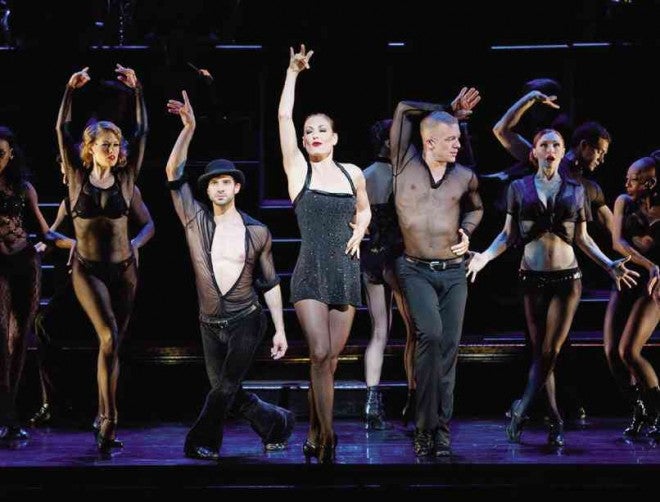 It’s the morning after the opening of Chicago’s 16th US tour and Terra MacLeod is sitting with us in a suite lounge at New Orleans’ historic Saenger Theatre.

Fresh-faced, wearing a pink dress and with her long blonde hair down, she looks the opposite of her Chicago character, the tough vaudeville star turned murderer Velma Kelly.

“I love her, I love her so much, but when the curtain goes down, I have to be Terra again,” she said.

Terra has been playing Velma for almost 11 years now—first in Montreal, where she performed with the musical’s original French company, and then in Broadway, West End, and in touring productions all over the world.

This list will soon include the Philippines. Terra, who flew to Manila briefly in September for the press launch, will be back in December for Chicago’s limited season at The Theatre at Solaire.

“It’s a timeless piece, it’s a classic. It translates no matter where you are. And I think what makes it work is because there’s such truth in it, there’s dark humor in all of it,” said Terra.

Terra has enjoyed spending over a decade getting to know Velma. “I’ve had the chance to really discover her. And I think as the years go by, I’m lighter with her. I’m a little older now, obviously. As I’ve lived and experienced new challenging things in my life, I’m able to bring that and now I can have a humor to her, a lightness. Even in the dark, there is light, you know.”

She’s also grateful that “Chicago” is one of the few shows that actors can work on for a long time.

“I think the beauty of this piece (is) they’re not cookie-cutter characters. They are layered, there’s a depth to each and every one of them. I think as an actor the best gift you can be given is a role that you can continuously unravel. You get to feel it out. And you’re acting with different actors and they bring out a different energy and different interpretations, which I think is great. If you stop learning, you shouldn’t do this anymore.”

In what ways is she like her character in real life?

“Resilient. One of the most endearing qualities of Velma is, although on the outside (there’s) this tough external hardness to her, I really think that comes from a place of being resilient to disappointment, to life changes and I admire that in a character. I never approach a character with a negative. I don’t think she’s cold. I don’t think she’s mean. I don’t feel that way. I feel she’s protective and, yeah, of course at the top of the show, her ego’s blown a little out of proportion but I think she realizes very quickly that she has to get it back in check. I’m more self-deprecating so I don’t suffer that. I think she’s got a kooky sense of humor and so do I,” she said.

Over the years, she has worked with different Roxie Harts, including Destiny’s Child’s Michelle Williams.

“The bottom line is, if you have two very solid performers up there and they’re very committed to what they’re doing, you’re gonna get a very good result,” she said. “When you have chemistry, that’s when the audience experiences a magical theatrical experience and you can’t teach people that. You either have it or you don’t. I’ve had several and there’s some that work better than others, that’s only normal.”

Her relationship with Bianca Marroquin, the Broadway star who will be playing Roxie Hart in Manila, is special.

“I have been working with Bianca for 10 years and I adore her. I love her, I love what she brings and I feel I’m in the presence of a very generous, gifted, challenging actress,” said Terra.

She added: “When you work alongside someone and you respect their work and you are genuinely rooting for them, there’s an honesty… I don’t think you can fake that. It reads. And your costar would know. We genuinely want the best for one another and we love the show and we’re passionate about it.”

Terra, who is a triple threat—she acts, sings and dances—said she always takes the plunge into her characters as an actress first.

“I always say to people, if you’re a good actor, they’ll believe you. If you’re a bad actor but a great dancer, they don’t care. People want to identify. I trained as a dancer, trained as a singer, I studied my whole life, but I think the only way for this character to really translate… all the work that I do, I always approach it from the actress’ point of view because the audience has to identify with you. They have to, or you will lose them. If they don’t like you, then they’ve got to feel the reason why and then kind of empathize with you. And these characters need the audience’s empathy because if they don’t, you lose. I’ve always been an actress at heart, and I trained in other disciplines because they were also my passion.”

Her other passion? Photography, and that’s one of the reasons she can’t wait to return to the Philippines.

“I’m an avid photographer. When I’m not doing theater, I really dive into it. I always have my camera with me, but if I’m not inspired, it will be weeks and I won’t even take a single picture and then there will be other days when I’ll shoot 400 photos. It really depends.

“I’m so excited about the Philippines because I just love portraiture, people… I just love watching and observing and shooting.”

Although Velma has become Terra’s career-defining character, it was actually the smaller role of Hunyak, the Hungarian girl accused of murder, that she originally planned to audition for.

“I was in my early 20s. I don’t know why, I think it’s because I had long hair and I saw a picture of a Hunyak with a ponytail,” she recalled.

How about playing Roxie? “I love Roxie, I think now I’d love to do the reverse. I’d love to one day even be able to have the chance to do it. I would love it, oh my gosh.”

Her costar Bianca Marroquin, who also wants to perform as Velma (and who has been asked to do it on Broadway twice but has had to say no because of scheduling conflicts) agrees. “One day it would be amazing if both of us switch. That would be awesome.”