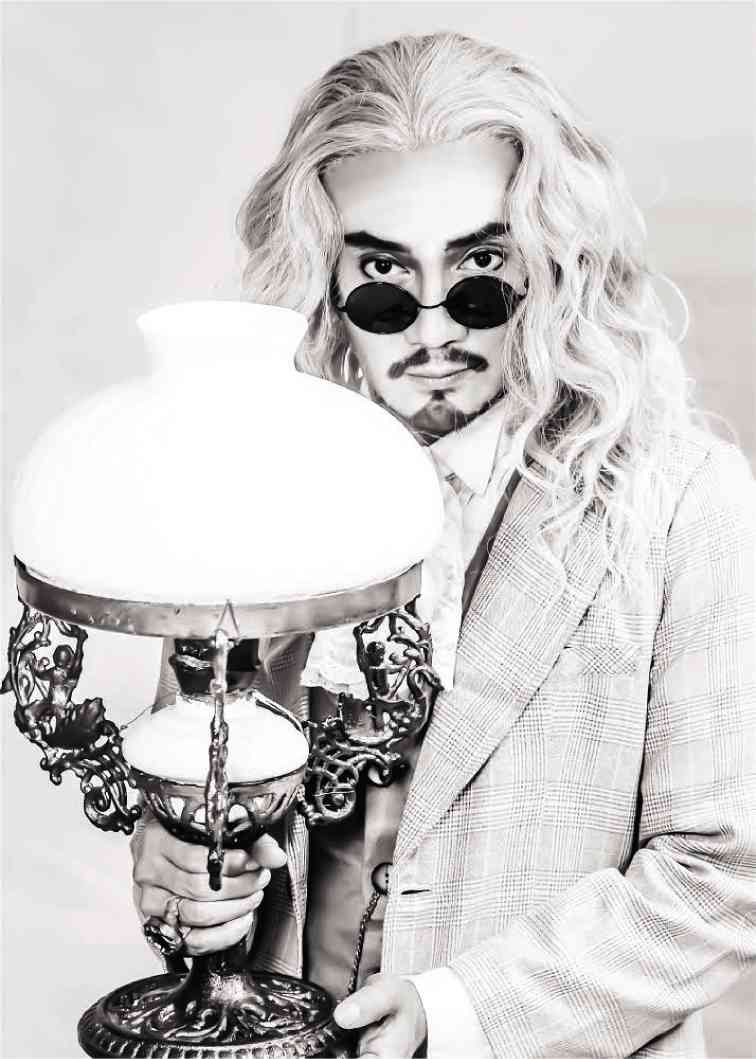 The message was ominous, the tone ruthless, but the one speaking it left nothing ambiguous. To paraphrase in English: “Kill every last man who does not join us: Spanish, mestizo, Chinese, Filipino. Do not make any distinction. Cowardly fathers will only breed whining sons. The race must be made pure.”

The horrific command came from Simoun, the protagonist played to perfection by Roeder Camañag in Gantimpala Theater Foundation’s dramatic rendition of “El Filibusterismo,” José Rizal’s second—and some would say, angrier and more skeptical—novel.

The antihero in this case was also probably speaking to himself. He said these words on the eve of a second attempt at a revolution that he would launch against his country’s Spanish overlords. His first had failed miserably—and Simoun had only himself to blame.

Presumably a few weeks earlier, the stage of what could have been a successful insurrection had already been set. The necessary guns and other ammunition had already been smuggled into safe houses, tulisanes or so-called bandits had come down from the mountains to join the rebels, and, most crucially, the populace was already restless.

Simoun himself had intentionally used his immense wealth and influence to further anger an already oppressed and wounded people. He made the corrupt government and church even more arrogant by goading them to impose more taxes on the people and implement forced labor. He shot down every effort by more idealistic souls to ask for more peaceful reforms, such as the students’ campaign to build a school that would teach them the Spanish language.

But on the night of that supposedly first glorious revolution, Simoun faltered. He found out too late that the love of his life, Maria Clara, seen here as an almost white ghost fading in a convent, had died. The one major—if not the only—motivation for his years of planning revenge had disappeared. Simoun lost heart and failed to give the signal his allies were waiting for. The government and its cohorts discovered the plot and the campaign failed.

But in the climactic scene where he was giving his presumably last orders to an old friend, Basilio (Paul Jake Paule), Simoun was determined not to make the same mistake.

Every teen who has read Rizal’s two masterpieces—“Noli Me Tangere” and “Fili”—in high school and/or college should be familiar with the stories and the huge cast of characters.

Gantimpala’s theatrical interpretation rests on this assumption; there is no overlong exposition, no difficult layering in characterization, and no complex flashbacks to explain the back story.

Even the connecting threads to the “Noli” are presented almost matter-of-factly—Simoun, for instance, revealed early on as the once noble Ibarra, or the gradual disintegration of the family of Kabesang Tales (Arkin da Silva), as this once respected cabeza de barangay and hardworking farmer chooses a life of banditry over submission to the Spanish yoke.

Gantimpala’s presentation is taut and tight, cutting what could have been a mammoth manuscript to a selfie-generation-friendly, two-hour running time that would not tax anybody’s attention.

The storytelling in Jomar Fleras’ script is straightforward, and there is no second-guessing anyone’s motivation or characterization.

The performances are earnest, and Camañag is a generous actor. As the most seasoned and prominent thespian in the ensemble, he could have lorded it over the less experienced or lesser-known actors. But even if his Simoun holds center stage in almost every scene, Camañag gives back to his colleagues, allowing them to shine, letting his own speech, body language and onstage behavior act like the serve of a tennis master prompting his students to give it their best shot.

This “Fili,” directed by José Jeffrey Camañag (Roeder’s brother), does not have the grandeur or the musical landscape of other productions such as Tanghalang Pilipino’s. Nor does it pretend to. As one Gantimpala representative put it, the objective of the play is to make the material more understandable to the young audience. And in this, it succeeds.

In its unpretentious hands, “Fili” comes out as a revenge story of a man who has lost his ideals, his love for his fellowmen, his optimism and his heart—and who ultimately fails because he chose the darker path.

This lean-and-mean approach also causes one to reexamine Rizal’s message in his second novel.

Again, almost every school teen knows the exhortation of Fr. Florentino (Danny Deopante) at the end: As Simoun dies of suicide by poisoning in Fr. Florentino’s arms, the friar muses that a campaign for independence fueled by hatred and vindictiveness can only breed more of the same.

The formerly oppressed who are spurred only by rage and desire for vengeance might turn out worse than the ones they had overthrown.

Florentino’s sage advice has echoed down many a classroom in this country. Let the youth, on whose shoulders rest the future, learn and live out the values of justice, compassion, truth, forbearance, etc. Once they have done so, only then can they build a worthier, nobler and more just society, the advent of which cannot be stopped by the conquerors and harsh rulers of that time.

To the dying Simoun’s bewildered question, “How?”, Florentino answers that God will make it possible.

Rizal’s words have been tested and validated by history. Brutal regimes toppled without a solid structure and humanitarian values can become grimmer reigns of terror, and perhaps Rizal did not want to see the equivalent of a French Revolution and its guillotines spilling blood on the streets in his native Philippines.

Rizal’s points, as echoed by Florentino in “Fili,” are not in dispute here. What is, is the lack of support to make such a position justifiable. Through Gantimpala’s direct approach, it is obvious that the good guys lose and the bad guys win in Rizal’s “Fili.” The students who are lobbying for closer and more harmonious ties with Spain are framed as traitors. The women who fight for their families and their loved ones go crazy, are raped or commit suicide. The fathers who make a stand against the friars are ruined.

And the one person who tries to stay clean, Basilio, ends up the fall guy, and hears from jail that his sweetheart has jumped off the belfry of a church. In the meantime, except for one near-heart attack for Fr. Salvi (Mondrian Sampang), life presumably goes on for the governor-general, Fr. Camorra (Ku Aquino), and their ilk whose lives are saved from the bomb that Simoun had wanted to—and again—failed to set off.

In this “Fili,” there are no grays, only immutable blacks and whites. And unlike in the more rosy “Noli,” there is no redemption to be found among the villains. In that first novel, some government officials and friars are still allowed to exhibit compassion, justice and truth.

You will find none in this production. As Simoun himself poetically points out in a letter that betrays his real identity, all of them had been found guilty and should have been judged—but were not.

This play is dark because the novel is dark. There is very little humor or attempt at levity. Even Doña Victorina’s (Lani Tapia) social-climbing mannerisms come off as hypocritical than comic. At the end, Florentino’s advice is thrown back as an encouragement to the college student audience.

It is more of a challenge. As the play shows, any noble pursuit will end in defeat and agony. To believe in its success would require a huge leap of faith in a more benign Almighty. Without that spiritual sanctuary, one is almost tempted to throw away the cudgels—and just agree with Simoun to raze the house of cards.