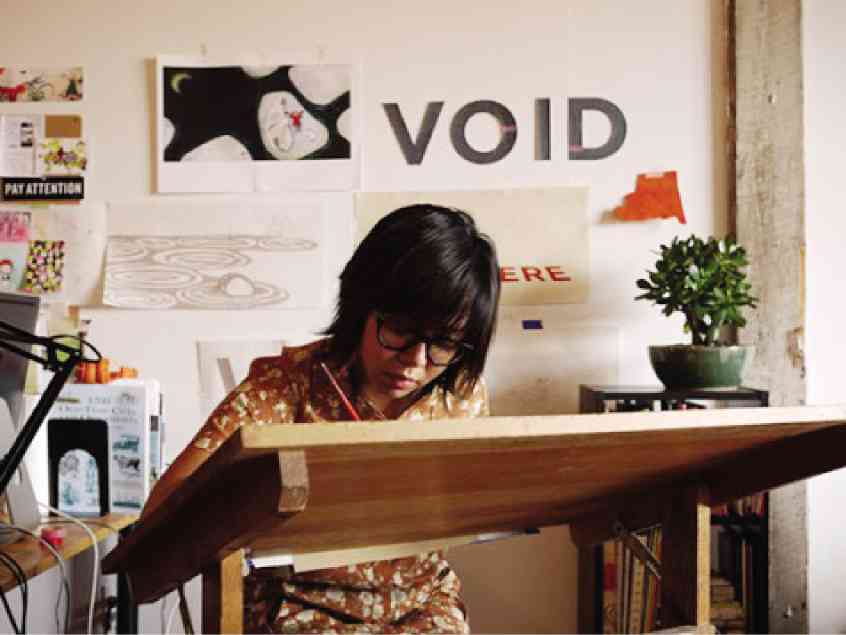 The news that Amy Gary, editor of the Margaret Wise Brown Estate, found hundreds of pages of unpublished manuscripts in a cedar trunk in the attic of Margaret’s sister, is significant.

Gary was not immediately convinced that this cache of writings on onionskin with rusty paper clips had never seen print before. Although she had also never read them, she recognized Margaret’s handwritten notes in between the lines and on the margins.

Margaret Wise Brown died rather unexpectedly at the age of 42 after a routine appendectomy, and her loss was keenly felt by the world of children’s literature because she was a prolific writer, even resorting to using pseudonyms for six publishers.

Gary describes the author’s writing life, dreaming of stories at night and writing them down as soon as she woke up, lest she forget them.

And who does not remember her well-known classics for the very young reader, “The Runaway Bunny,” published in 1942, and “Goodnight Moon,” in 1947, both illustrated by Clement Hurd?

The bunny wants to run away, but each time the mother reassures, “If you run away, I will run after you.”

“Goodnight Moon,” known the world over as a staple gift for baby showers, is a soothing bedtime book that bids goodbye to every familiar object in a child’s environment, and has the interesting detail of “The Runaway Bunny” book on one of the pages.

It is remarkable that since their publication, these two bibles for infants and toddlers have never been out of print.

Gary’s discovery two decades ago led to the 2014 New York Times bestseller, “Goodnight Songs,” published by Sterling Children’s Books, New York. It is a collection of 12 poems, originally planned by the author for a larger collection.

But what made it even more remarkable was the news that among the 12 outstanding illustrators chosen to design one spread each was Isabel “Pepper” Roxas, a Filipino now living in Brooklyn since she went abroad for her Fulbright grant at the Pratt Institute School of Art and Design.

What a coup, especially timely after the sudden demise in 2012 of Jose Aruego, acknowledged as the first internationally successful Filipino illustrator.

When my copy of the book arrived, I tried to guess which was Pepper’s artwork, feeling that I knew her and the typical whimsy that characterizes her work well, going by the latest book she illustrated, “Market Day” by May Tobias-Papa, one of the National Children’s Book Awards Best Reads for 2010.

I did not guess correctly, as I was fixated on tropical touches and hues. It just goes to show how Roxas has grown in her craft and has so broadened her horizons—for wasn’t she also invited to design the cover for the popular children’s magazine “Babybug,” the American literary magazine for six-month- to three-year-olds when it had a glorious food theme?

What a pleasant surprise: Pepper’s artwork was chosen as the cover of “Goodnight Songs”!

It is the illustration for “Sleep Like a Rabbit,” which goes:

Sleep like a polar bear asleep in the sea,

Flat on the back afloat in the sea…”

Bias aside, Roxas’ artwork does appear to be the most appropriate for the cover because of its stark simplicity and economy of detail, making it truly stand out.

One gazes at it, and is lulled to a state of quiet and peaceful sleep.

The colors are muted, livened up only by the little girl’s red orange dress and brown hair, against the blanket of snow.

As the poem suggests, the state of deep sleep of the polar bear and the rabbit is the “model” to follow. It captures the image of blissful sleep.

But I need to summon my imagination as a child to understand what the black frame is—is it the chair under which the old cat is sleeping, or the backdrop of the heavens as there is the waning moon and also, some faintly flickering stars on them?

The illustrator confirms that it is the sea on which the pieces of iceberg are floating.

The 12 featured artists are introduced in the book, and Roxas describes what she created for the poem.

“It is such a quiet, drowsy poem that when I was dreaming up ideas for the illustration, I tried to think of the quietest place one could sleep—which brought to mind snow and how it muffles street noises, and also the stillness of ice. I worked with found paper and paint, and enhanced the final piece on the computer,” she recalls.

This latest feat of Roxas augurs well for her flourishing career, and how we take pride in that. She says the offer to be part of a Margaret Wise Brown collection just fell on her lap—and from the heavens, perhaps?

It sounded too good to be true that she first thought it a hoax, until her agent confirmed that, yes, it was for real.

She had grown up with Margaret Wise Brown books, known then to be part of the canon of children’s literature, and always told herself she wanted to draw illustrations that way, too.

The 12 poems have been set to music, to honor the author’s plan to produce songs for children, recognizing that children express themselves in song with such ease and appear to lose that gift as they grow older.

The music has not been well-received by New York Times reviewer Roger Sutton. In his May 2014 review, he noted that the songs sound grating and repetitious, and that the inclusion of a CD of songs was no more than an added expense.

I find his comments too harsh, because although the songs do sound uniform, so do the poems—although it is precisely a rhythmic repetition that children generally find soothing to listen to. The poems can stand on their own, without need for any melody, for the words read out loud create their own music.

We see these in several lines from different poems: “Baby, sail the seven seas / Safely in my arms / When the waves go up and down / You are safe from harm.

Another poem calls on the donkey, the monkey, the sheep, the pig, on to the little child, all of them, to close your eyes.

Yes, the book sounds like the slightly grown-up version of “Goodnight Moon” all over again. The gentleness and warm familiarity of Margaret Wise Brown’s images and the cadence of her diction are still all endearingly there.