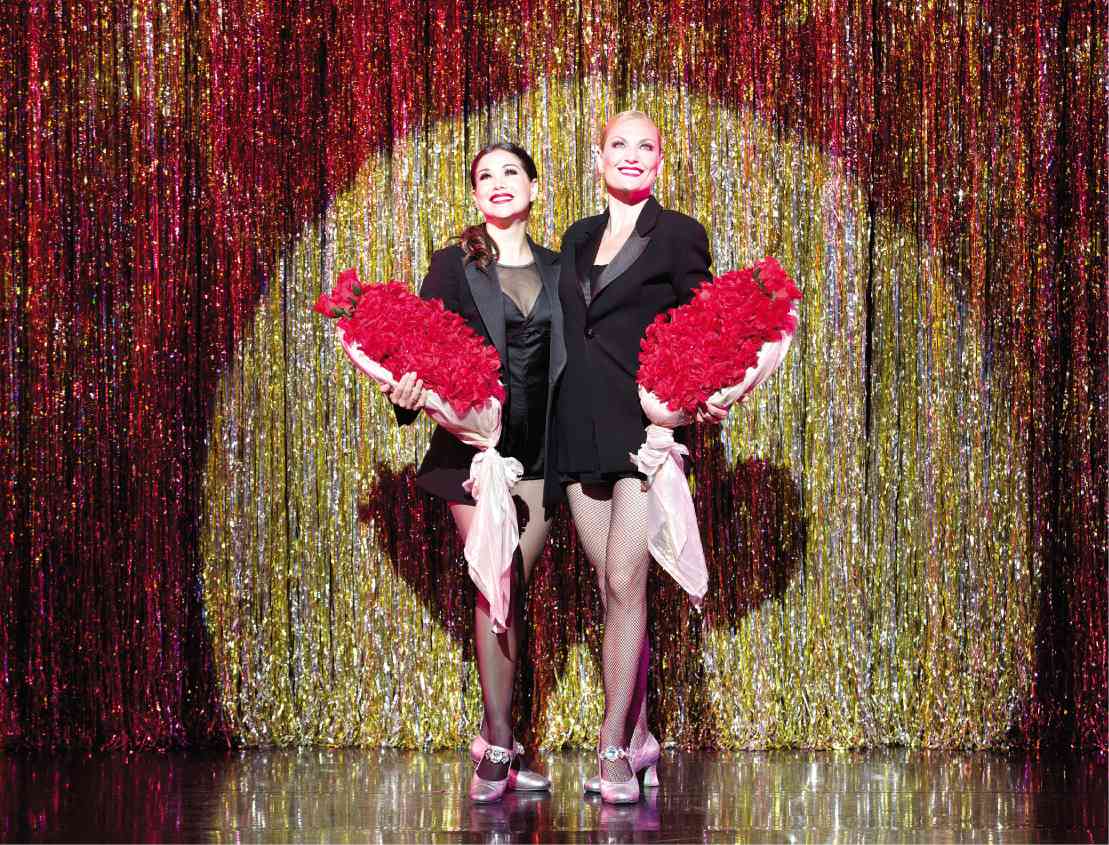 ‘Chicago’ all set for Dec. 3 opening; local musicians to play in orchestra

The sensational Broadway and West End musical “Chicago” is ready to thrill Philippine audiences and set the stage on fire beginning December 3. The Manila season runs until Dec. 21 at The Theatre at Solaire, and is presented in the Philippines by Visa and Smart Infinity, in cooperation with Solaire Resort and Casino.

The gala premiere of the show marks the grand opening of the country’s newest theatrical luxury hotspot, The Theatre at Solaire. The gleaming 1,760-seat theater has been specially constructed to house big Broadway- and West End-type shows, in recognition of the Filipino appetite for musical theater, firmly placing Manila on the international touring circuit.

Producer James Cundall, chief executive of Lunchbox Theatrical Productions, says, “I am both delighted and excited to be bringing the first musical to the brand-new The Theatre at Solaire. And what better show to open this sophisticated venue than the slick, sexy and sophisticated show ‘Chicago.’”

Last month “Chicago” overtook the musical “Cats” to become Broadway’s second longest-running musical of all time, behind “The Phantom of the Opera.” It is also the longest-running American musical.

“Chicago’s” musical director Robert Billig came to Manila in September to audition and select Filipino musicians to be part of this Broadway blockbuster. He settled on 11 musicians and one deputy musical director, who join the four international musicians to make up the 16-piece live orchestra for the show.

“We chose the musicians for the ‘Chicago’ orchestra based mainly on their training and experience,” says Billig. “While it is important for a musician to have strong classical training, it is also important that they understand the jazz styles used in the show. Those musicians that we have selected, I believe, demonstrated an understanding of these styles. It is very important for us to use local musicians for our production. They will help us bring the experience of this wonderful show to the people of Manila.”

“Chicago’s” savage social satire and sharp humor, with its themes of manipulation and greed, are all perfectly set in tune to the infectious music and provocative lyrics by Fred Ebb and John Kander, all the while showcasing riveting choreography in the style of Bob Fosse.

Produced by Barry and Fran Weissler, the New York production opened in 1996 and was directed by Walter Bobbie, with choreography by Ann Reinking in the style of Fosse.

The Manila season runs for 23 performances only, with no extension possible. Visit www.chicagothemusical.com for more information. Tickets are on sale through TicketWorld. Call 8919999 or visit www.ticketworld.com.ph.