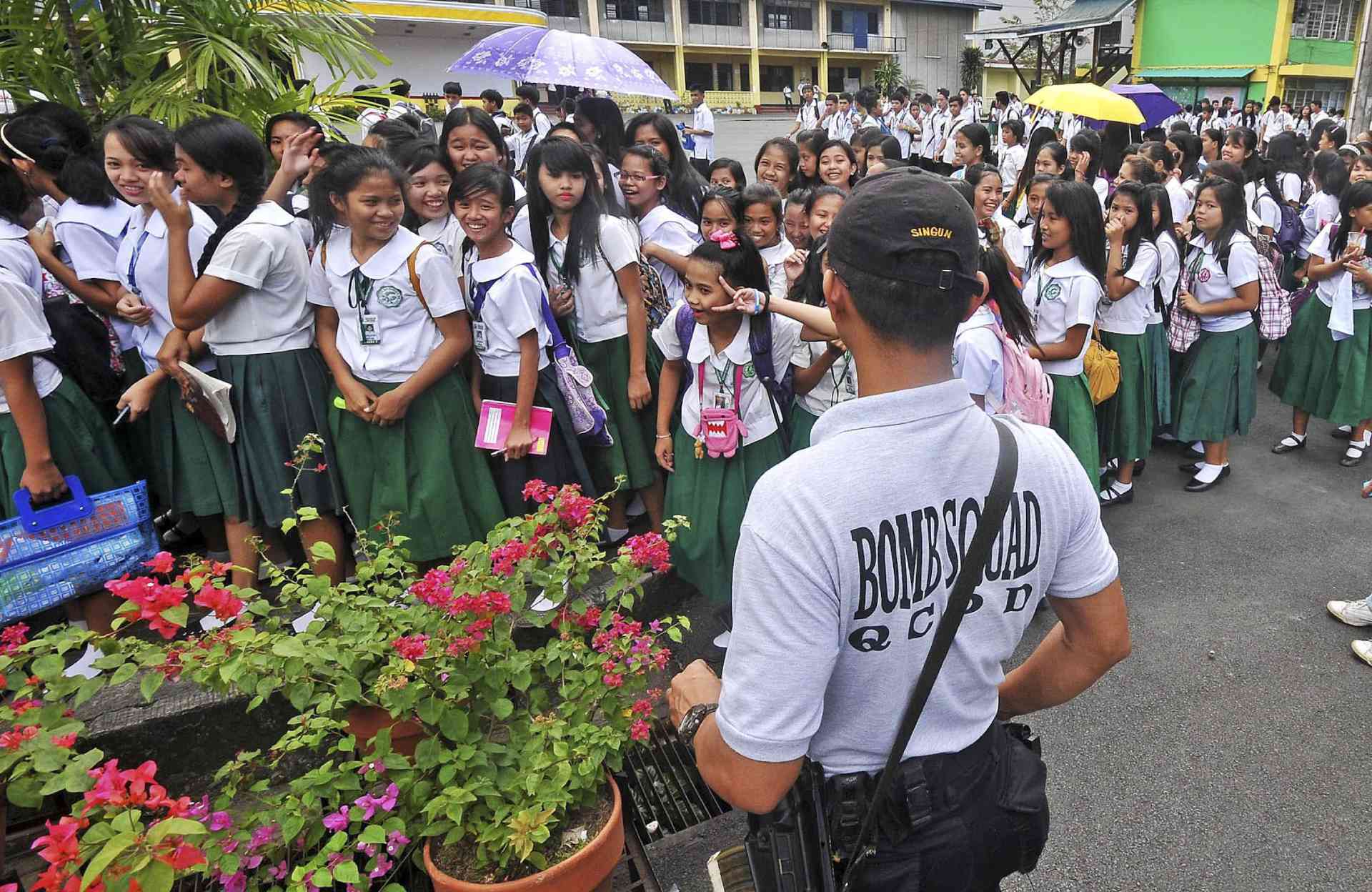 NOT EXACTLY SCARED: A member of the Quezon City Police bomb squad looks on as students evacuate INQUIRER FILE PHOTO

How to Handle Bomb Threats

So what do you do if you get a text message warning of an impending explosion from a planted bomb? Worse, what if you receive a suspicious package from an unknown sender?

If a bomb threat is made through a text or phone call:

Remain calm and think critically. Do not spread information on the bomb threat without verification. Do not post about it on social media or forward the message to others, as doing so will cause panic.

1. If the threat is received in school, share the information with the school principal, the head of security or another person of authority, who can take charge of the situation.
2. If possible, try to communicate with the threat’s sender to solicit information, such as where the bomb is, what it looks like, when will it explode, who put it there and why are they doing this.  This will narrow down the search areas and help identify the suspect/s behind the bomb threat.
3. If the threat is sent through writing, secure the message for its forensic value, such as penmanship and traces of fingerprints and saliva, among others, that can help police in their investigation.
4. Once it is certain there is no bomb in the school premises, administrators should resume operations as soon as possible, to render the bomb threat ineffective and reduce the chances of a similar threat happening again.

If a suspicious package is found inside the school:

1. Do not touch it or move the package. Isolate it, immediately evacuate the area and call the local police, who can then call either a bomb squad or a K-9 unit.
2. Evacuate to an area at least 300 feet away from the package.
3. Turn off electrical and gas units nearby, as these could trigger an explosion.
Sources: Philippine Bomb Data Center and Philippine Information Agency