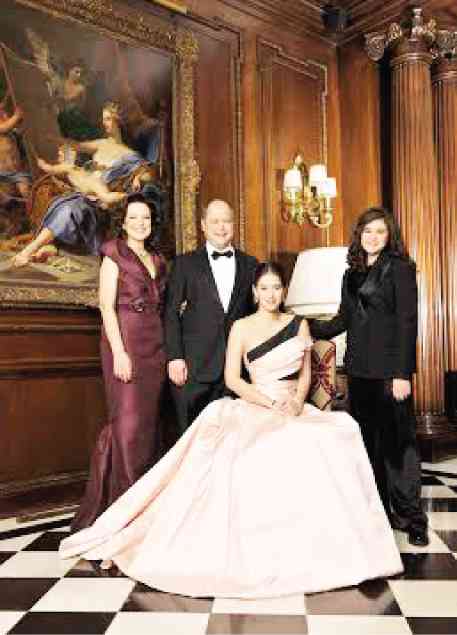 I was able to get off from work for two weeks and go on my abbreviated version of Around the World in 15 Days. My itinerary? Paris–New York–Miami–New York–Manila.

I have been attending Les Bals de Debutantes (Debutantes Ball) for four years now. The event, which was started in 1957 by the couture house Jean Patou and reinvented in 1992 by Ophelie Renouard, brings together 25 handpicked young girls from well-known families all over the world. These special ladies don their haute couture best for one magical evening.

Past debutantes to this highly coveted event include: Princess Lorenza de Liechenstein, Delphine Arnault, Kyra Kennedy, Lauren and Ashley Bush. From the Philippines, our debutantes have been Paloma and Monica Urquijo, and Natalia Zobel. The Philippine Tatler has partnered with Ophelie in choosing the debutantes but she has the final say on who gets in.

The couture houses involved in dressing up the debutantes formed an iconic gallery and included Valentino, Gaultier, Chanel, Alexander McQueen and our very own Monique Lhuillier. Shoes were by Christian Louboutin and jewelry by Bucherer.

This year, the ball was held at the Palais de Chaillot, which had the Eiffel Tower as a stunning backdrop. My date for the evening was the beautiful and vivacious Yvette Lhuillier-Warnod who wore a beautiful gown by her sister. I always have a terrific time with Yvette who even found the time to bring me to the new Louis Vuitton Museum, designed by Frank Gehry.

On a sidenote, if you are planning a trip to Paris and need a chauffeur/tour guide who knows the best places to shop, dine and see, contact Andy Celario (tel. +33640952768 or [email protected]).

The Debutantes Ball is a much-awaited event in the Paris social calendar. Apart from the annual opera, there aren’t many black-tie events in the city, which I found quite surprising. I asked several French nationals about this and they said that Parisians, despite being immersed in couture and living in one of the fashion capitals in the world, don’t like dressing up for formal affairs. I guess the French are just effortlessly chic.

The 2014 Le Bals beneficiary was L’enfants de Asie (Children of Asia). The foundation provides medicines, food, and education to 8,000 children in parts of Cambodia, Vietnam, Laos, and the Philippines. We sat with one of the founders, Laurence Villanueva, who will be coming to the country next year.

The presentation of the debutantes is the highlight of the ball. Following tradition, this year’s debutantes were each called to be introduced, as they were escorted by their respective cavaliers. This was a special moment for each young lady as all eyes were on her. The debutantes then did their first dance with their respective fathers.