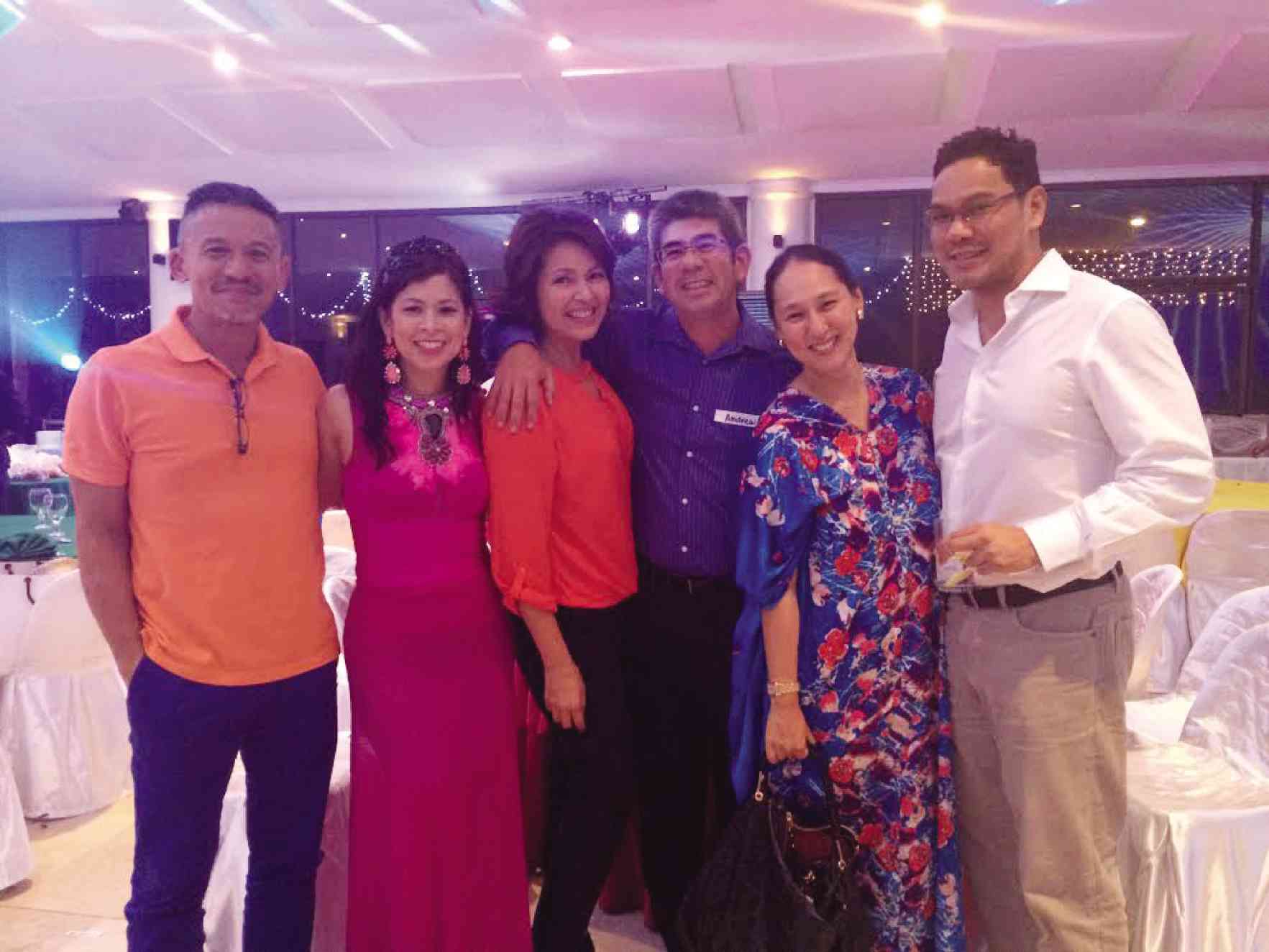 February is all about family, food and festivities. Our big family, spanning several generations, had an extra load of all that fun when the entire Teresa de la Paz y de los Santos clan celebrated our seventh grand reunion at Colegio San Agustin.

Our grand family reunion is held every five years. The first one was organized by Jessie “Pom-Pom” Thompson Huberty, and now all the primos reconnect on a quinquennial basis for an unforgettable day of celebration.

Our forebear and my namesake, Teresa, married Severo Tuason in her early 20s and went on to have seven children with him over one decade, after which he passed away, possibly from exhaustion.

I’m sure this was all juicy gossip in those days, but it was also apparently acceptable. Teresa’s mother-in-law Doña Cirila and brother-in-law Tomas Tuason stood as wedding sponsors.

Clearly, my Lola Teresa was the original cougar. From her children sprang seven different lineages totaling over 800 descendants, and we now call ourselves the Tuason-Legarda-Prieto-Valdes clan, the latter three surnames all coming from the branch of her second husband.

The reunion always starts with a Mass, this year celebrated by Fr. Manuel “Manoling” Francisco, SJ.

The photo session is always a long affair with multiple ways of divvying up 800 descendants, but is always handled with patience and stamina by primo photographer Jojo Guingona.

Photo coordinator Kat Legarda made sure to call all the generations present, and this is no easy task as certain primos, such as my dad, Alex Prieto, want to sit with the younger age groups.

In contrast, octogenarian Beniting Legarda was happy to be proclaimed as the oldest attendee. The youngest may have been Anais Santos Tambunting, baby girl of Bianca Santos and Joey Tambunting, born only two weeks before the reunion.

Jojo also planned the family golf tournament along with Tono Legarda. My hubby Dennis and I won Class B and C, respectively, while Jojo won Class A. No truth to the rumor that there were only three golfers participating.

Every reunion features competitive basketball, volleyball and football games. But the highlight is the tug-of-war, always billed as Tuasons vs the world. This year, the “world” outpulled the Tuasons.

A host of primos always performs at the reunion, and this year’s musical talents included Isabel Gonzalez, daughter of Kuh Ledesma and Louie Gonzalez, and Mia Tengco, daughter of Bingbing Quiros. We could not prevail on primo Louie Heredia to perform but he promised he would at the next one in five years.

I volunteered to do the opening dance, supported by the talented Lucban dancers of Nova Veluz, owner of Buddy’s Pancit Lucban. Nova loves to throw a party, and her 45th birthday was probably her grandest so far.

Celebrating her birthday weekend in the most tropically festive way, Nova invited almost 200 guests to Balesin Island with several parties planned for the two-day bash. After Mass at the Balesin Chapel, a Neon Splash party was held at the island’s Mykonos Bar complete with a foam blast in the end.

The following day’s festivities started with an energetic Zumba workout at St. Tropez, followed by a delicious brunch in the village’s French restaurant. After another Mass to celebrate all the blessings, the guests prepared for Nova’s unforgettable tropical birthday celebration.

Nova is an incredibly wonderful singer and dancer, and it is a joy to see someone entertain family and friends in an all-out, full-production way. Balesin is also the perfect venue to have these private bashes, where one can be as uninhibited as they please.

Another milestone for a most gracious lady, Gretchen Oppen Cojuangco, was celebrated as the grand dame toasted her 77th birthday in style. Tita Gretchen, a very private person, held the party at her beautiful home, surrounded by her children Mark, Charlie and Lisa Cruz, her in-laws Rep. Kimi and Dr. Nick, and her grandchildren Claudia, Michelle Barrera, Santi and Sophie Cruz, Paola and Gino Banzon.

The intimate dinner also feted a hundred close friends. To them, Gretchen Cojuangco is a woman of the utmost substance, a mother, sister, classmate, neighbor, and most of all, always a friend, true and tested.

The party started with a Mass and ended late in the evening, as family and friends enjoyed classical music and great food, giving thanks to God for all the graces. Indeed, it was a night of family, food and fun.

Let me end with a plug for Art Fair Philippines. The annual art lovers’ expo starts Feb. 4 at The Link in Ayala Center. I’m particularly excited to visit Salcedo Private View, Booth 16, which will be presenting Gus Albor and Eduardo Castrillo, two of our most renowned local artists. The Salcedo group always features fantastic artists.