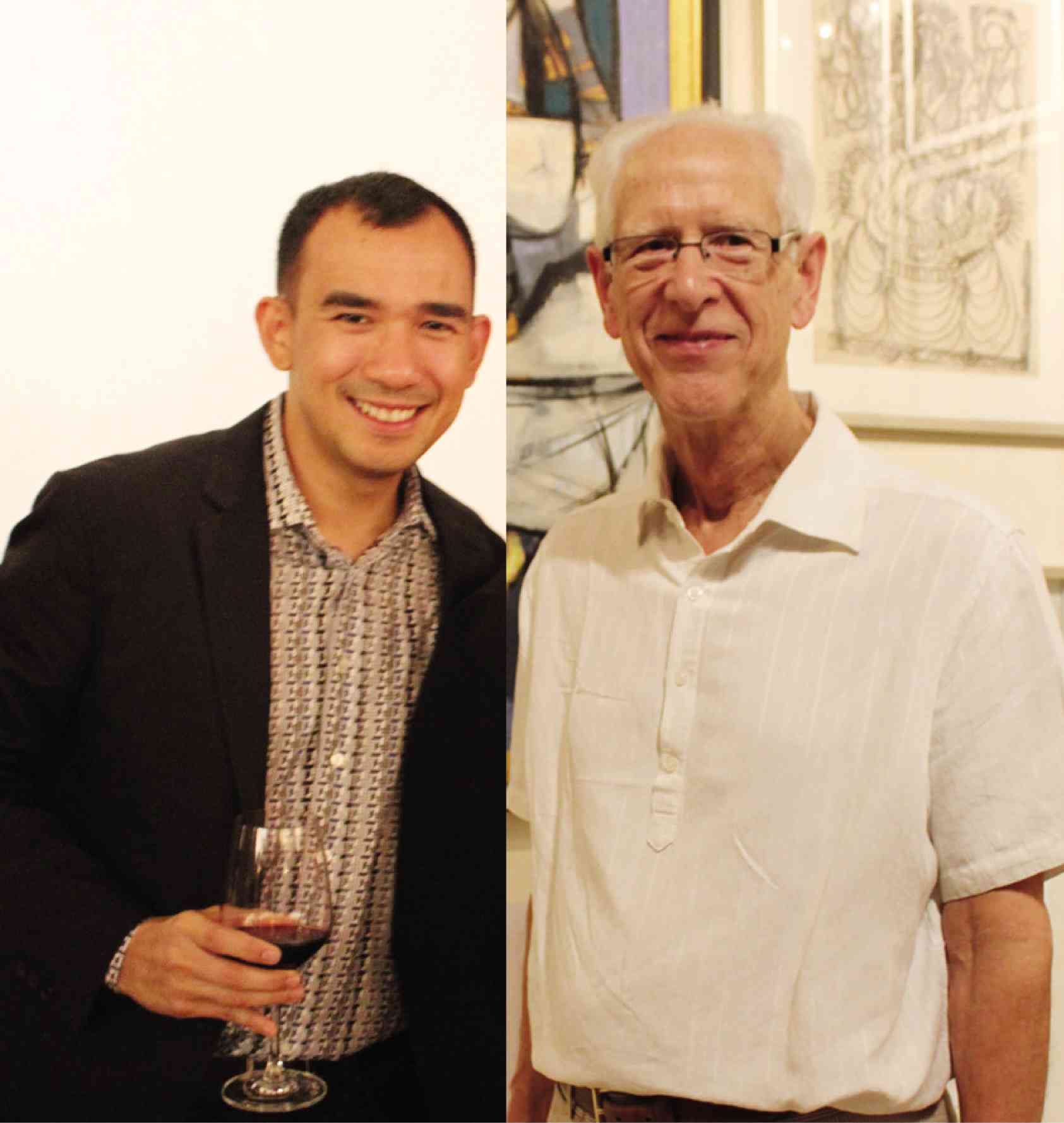 Tons of articles have already been written about the long-hidden grand cache of Fernando Zobel artworks.

These works were displayed in “The Jim and Reed Pfeufer Collection: A Four-Decade Friendship with Fernando Zobel,” an exhibit featuring more than 70 amazing pieces, including sketches, oil paintings, prints and watercolor pieces.

The exhibit included letters showing the flourishing friendship across the decades between the Spanish-Filipino artist and the American artist-couple Jim and Reed Pfeufer.

The awesome art pieces by painter Fernando Zobel de Ayala y Montojo (1924-1984) will be auctioned off tonight by León Gallery and Auction House.

“The Pfeufers’ surviving son, Eric, is offering the collection for auction by León—one of the country’s leading galleries specializing in historically important and museum-quality Philippine art,” said Jaime Ponce de Leon, proprietor of the gallery and auction house.

In an elbow-to-elbow cocktail happening last Jan. 19, art lovers and collectors were treated to a preview of the collection. High-profile guests included Patsy Zobel de Ayala of the Philippine Consulate in Monaco and the daughter of Jaime Zobel de Ayala, and Eric Pfeufer.

Zobel’s works were accidentally discovered by Eric Pfeufer when he was going through the art portfolios in various storage places in his parents’ home. He then entrusted the exhibit and auction to the León Gallery through respected international art dealer Sheldon Geringer, who produced a documentary on the Zobel collection.

Aside from the artworks, León is in possession of some 500 letters from Zobel to the Pfeufers, a correspondence that began in the mid-1940s to 1981.

Most of Zobel’s moving letters, written in longhand or typed, often came with an illustration unique to the mood of the letter.

Now this is a memorable event in the art world happening right here in Manille, no less, dahlings.

So exclusive was the event that photography was not allowed.

The happening featured a live performance by the band Callalily, along with spins by DJs Mikhail Schemm and Emel Rowe.

The event absolutely amazed the crowd through a live installation featuring models wearing key looks from the Spring 2015 Calvin Klein Jeans and Calvin Klein Underwear lines. Get the picture, palangga?