Fiesta Republica: Blast from the past | Inquirer Lifestyle ❮ ❯ 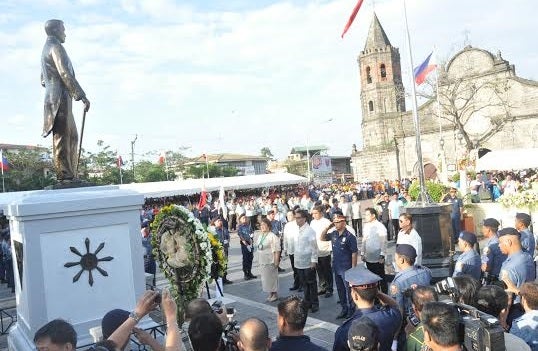 Fiesta Republica: Blast from the past

The city of Malolos celebrated the 116th anniversary of the First Philippine Republic with a weeklong event (Jan. 17-23) dubbed Fiesta Republica.

The activities that culminated with Araw ng Republikang Filipino 1899 were varied and succeeded in fostering a more lively appreciation of history among Pinoys.

The Pasiklaban ng mga Banda featured brass bands from all over the country to commemorate the Brass Band Festival introduced by Emilio Aguinaldo in the early 1900s in Malolos.

In those years, the bands, representing their respective provinces, convened at Paseo del Congreso in Malolos.

The tradition has been revived to showcase a new generation of youthful brass bands.

Timpalak Awit-Makabayan is a choral competition whose aim is to reintroduce nationalistic songs—from the 1896 Revolution sung in their original language and arrangements, to compositions inspired by the 1986 Edsa People Power revolution.

It was a joy seeing the youthful participants so engrossed in their singing; hopefully they were internalizing what the songs mean.

Though only the Ramon Magsaysay High School Chorale Manila took home the grand prize, the rest nonetheless looked proud and satisfied with their efforts, as their winsome smiles demonstrated.

Konsiyerto Philippine Madrigal Singers was a treat for musical connoisseurs and common folks alike. The group’s world-renowned talent highlighted the beauty of our culture and tradition in such classic folk songs as “Bahay Kubo” and “Sitsiritsit”—eliciting roaring applause from the audience.

The costumes were as beautiful as they are unwieldy—the audience cringing, gasping and laughing as they watched the contestants maneuver the stage with their fabulous, dramatic outfits.

In the end, Jeslyn Santos of Bulacan won as Binibining Republica 2015 with her simple and understated Filipiniana costume. Wilzen Estabillo of Tarlac won as Ginoong Republica 2015.

And then everyone proceeded to the Malolos Sports and Convention Center where the Dulansangan Street Dancing competition was held.

Youth contestants from different towns depicted significant chapters in Philippine history through the art of dance—challenging their skills and creativity.

An event like Fiesta Republica, including the yearlong project “Vamos A Malolos!” (Let’s Go to Malolos!), showed that reliving history can be fun and exciting. And that there will always be something valuable in looking back to the past.