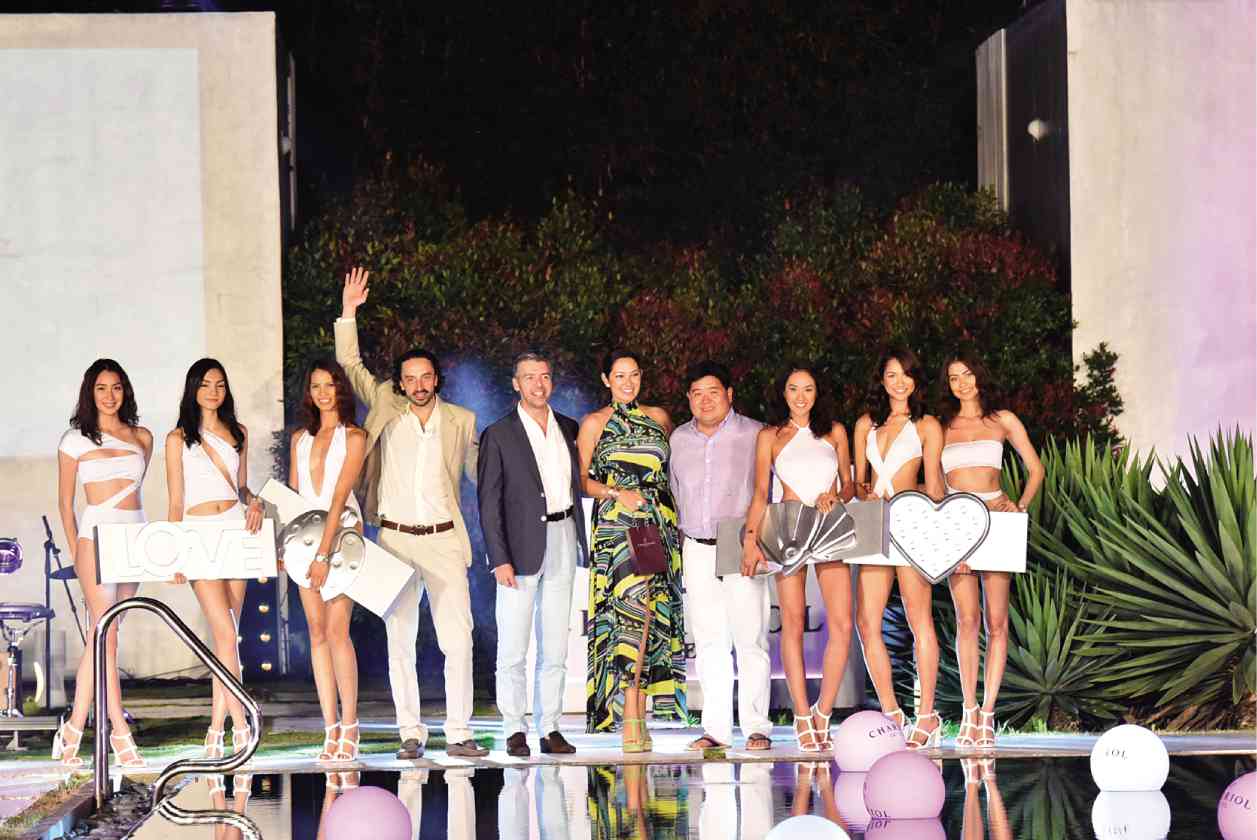 Balesin Island is paradise on earth. This private leisure getaway is my favorite destination, a truly unmatched natural beauty located off the eastern coast of Luzon.

Celebrating unforgettable milestones in tropical Balesin has been a wonderful experience for many of its members these days.

The recent intimate wedding of Chiz Escudero and Heart Evangelista in Balesin was an indescribably beautiful affair celebrated with just family and their closest friends.

The wedding ceremony, held at the Spa gardens fronting Lamon Bay, was thankfully blessed with sunny weather after some rain had fallen in the days past.

Last year I had my Balesin birthday bash, which I called “50 Shades of Tessa”; two years ago, my hubby Dennis and I celebrated our wedding anniversary on the island as well.

These days, other significant milestones have been celebrated in Balesin.

My charming friend Nova Veluz celebrated her 45th birthday in a grand weekend bash called “Nova—Star at 45.” She spread the celebration over several venues in the various villages on the island.

Balesin has become the dream destination for wedding receptions and other events. Couples may choose from seven villages, each with its own beautifully landscaped and tastefully designed villas offering panoramic vistas of the ocean or woodlands.

On my most recent visit to Balesin, I discovered that it has also served as a launch party venue. The launch of the Charriol St. Tropez Style collection featured one of the best parties ever, hosted by luxury brand Philippe Charriol and Store Specialists Inc. (SSI).

The event was nothing short of spectacular. From the invitations to paradise to the last detail of flights home, the two-day launch was meticulously planned to highlight the newest collection of Charriol.

Designed to take the guests away from the hustle and bustle of the city, this incredible trip gave them not only a memorable retreat to discover Balesin but also the chance to view the impressive St. Tropez collection.

Alexander is the son of founder Philippe, who launched the luxury watch over three decades ago.

Dinner moved on to another village, Mykonos. Guest Elbert Cuenca, celebrating his natal day at the launch, happily thanked Anton Huang,  SSI president, for “sparing no expense” on his behalf.

A gastronomic feast of moussaka, grilled Feta cheese, roast leg of lamb and bottomless wines and bubblies kept the happy group dancing the night under a full moon.

Anton was joined by the rest of the SSI team, Malu Francisco, Bianca Cruz and Gail Cowper. They created astonishing installations that transformed each of the Balesin villages to match the theme of the affair, all showcasing the St. Tropez Style collection and in the brand’s plum color palette.

SSI is the exclusive distributor of Charriol jewelry and watches in the country.

On the second day, formal introductions were done after lunch in Balesin Sala.

Alexandre presented the real star, the Charriol St. Tropez style collection—iconic watches with touches of St. Tropez glam. This sophisticated collection may be customized with interchangeable clips and bracelets to suit your mood or style of the moment.

Giving an individual touch, the bracelet gems add a certain charming and feminine feel to the new collection. As Alexandre said, “It’s a new, sophisticated way to tell the time… with a twist.”

Overlooking the breathtaking 7.3-kilometer white-sand beach, guests basked in the sun sipping cocktails and continuously working their social networks with the hashtag #mysttropezstyle on Instagram and Twitter.

My fave photos were of the Paraw sailboats sporting the Charriol logo.

In the afternoon, the colorful backdrop of St. Tropez village was the venue as guests continued to explore and enjoy the island.

Ace photographer Niccolo Cosme, master of headshots, captured the best angles of the guests while balancing the perfect sunlight with the St. Tropez watch.

The entire two-day event was produced by Robby Carmona and his Saga Events team.

The finale was held at the Balesin Spa with a dinner show. Saga upped the Spa’s chic atmosphere to St. Tropez mode.

The whitewashed structures of the Spa were flooded with purple hues that set the mood to a chill-out party scene as guests were told to come in resort chic in Charriol’s iconic color.

Models clad in white stylishly showcased the new collection, after which Alexandre, Thibaud and Anton awarded prizes to the best hashtagged photo and the most glamorous guest in the plum shade.

After the program, things got more exciting as models and guests jumped into the central pool. Alexandre was only too happy to jump in, with models like Ria Boliver already wet.

Truly, it was a remarkably unforgettable trip that matched the wonder of the Charriol St. Tropez Style.

For Anton, it was also a happy reunion with the island, where he first met his lovely wife, Nina Herrera, over a decade ago when Balesin was still raw and unfinished, owned by developer Ed Tordesillas and not yet sold to Bobby Ongpin and the Alphaland group.

Anton noted that he would soon be back, this time with Nina and their two pretty daughters. And maybe, just maybe, the magic of Balesin will induce the creation of their first boy!