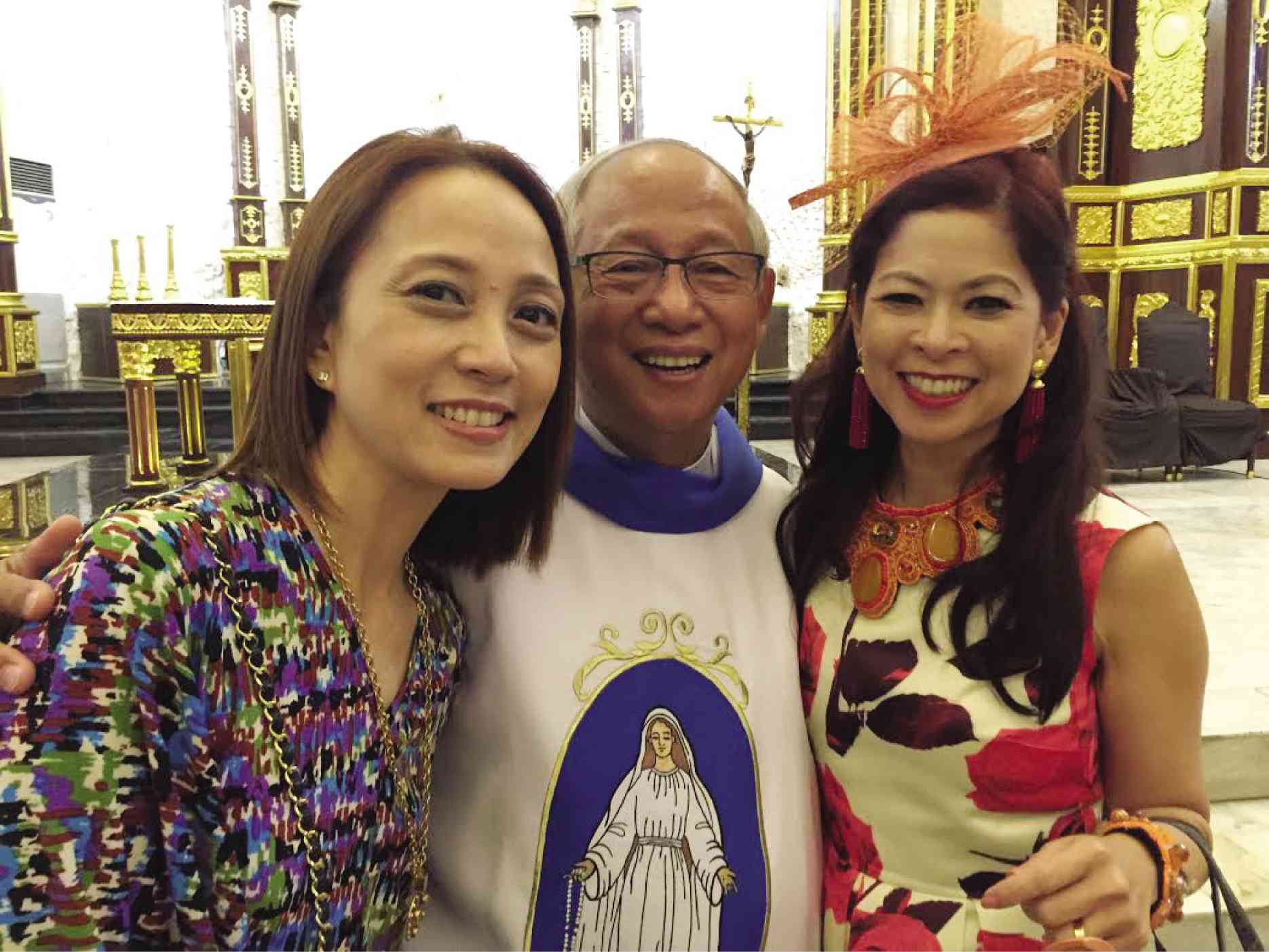 Happy Easter and may the blessings of renewed spirits and happiness leave a lasting imprint on all.

I am thrilled to have completed most of my Lenten sacrifices and I can now resume drinking coffee, enjoying wine and playing Candy Crush.

I asked Msgr. Manny Gabriel at his 45th priesthood for permission to have a glass of wine to celebrate his milestone. He was the officiating priest at our 20th wedding anniversary renewal of vows last year

Manny told me that, with just a few days left in Lent, I should finish my sacrifice. He was absolutely right.

The most difficult part was when I traveled to Europe last month on the invitation of Villa Medica (www.villa-

Medica.com), the stem-cell treatment pioneers. It’s so difficult to be in Germany and not have coffee or wine!

With me on the trip were Philippine Tatler editor Anton San Diego, and columnists Maurice Arcache and Mons Romulo.

Our first stop was Berlin, one of Germany’s most historic and complex cities. Our aim was to uncover Berlin’s Cold War past and New Age present. And to shop, of course.

We arranged for an enlightening four-hour walking tour through Mitte, the former city center of East Berlin. Our guide Chris met us at the Mandala Hotel for a brief history of the city.

After the fall of the Berlin Wall in 1989, many historic buildings in Mitte were illegally occupied and rebuilt by young squatters, and became a fertile breeding place for underground cultures.

Today surrounded by new structures and buildings, parts of the Berlin Wall still stand, covered with graffiti. Other

panels are positioned in interesting corners, adding unique focal points next to shops and restaurants.

Throughout the 1990s, people in their 20s from many countries made Berlin’s club scene a premier nightlife venue.

Our walk back through time led us to the Brandenburg Gate and Reichstag, the city’s 18th Memorial, formally known as the Memorial to the Murdered Jews of Europe. Designed by architect Peter Eisenman and engineer Buro Happold, this landmark is composed of 2,711 columns forming a vast and somber maze.

After that walk, we had tea at The Hotel Adlon, Hitler’s favorite hotel. Guide Chris told us about the Prussians, Imperialists, Nazis and the Cold War. But all that was too dark for the four of us, so the conversation went back to the city’s gay culture, and lo and behold, Chris said that Berlin was the gay capital of Europe in the 1920s.

Even today, the city hosts festivals such as Berlin Pride, the largest gay-lesbian pride event.

Later, we met Filipino theater artist Lyon Roque and Marcus, his longtime partner. The two showed us Soho House Berlin. The members-only club is the hippest nightclub in Berlin, with a rooftop infinity pool overlooking the skyline.

We also met Dedon Furniture owner Bobby Dekeyser and his beautiful daughter Carolin. They hosted us for dinner at The Grand. We sampled the fine German cuisine deliciously paired with German wine.

The following evening, we had our steak and fish grilled dishes at Grill Royal (www.grillroyal.com), a popular restaurant by the river.

We were all pleasantly surprised by the great food in Berlin. Aside from schnitzel, pretzels and beer, there is so much to taste. Apparently the very word “Berliner” means donut.

To my fellow shoppers out there, I will put it straight out: Germany is also the land of our favorite luggage, Rimowa. One should actually plan a trip to Germany with an accommodation for the luggage that you’ll be buying.

Back in Manila, I attended “Van Hagen & Van Hagen: Brothers in Art 4” at the Gallery of Peninsula Manila. The two

Dutch artists, Alex and Han Van Hagen, are well-known to the art-loving crowd in the city.

Fila Philippines’ Cris Albert supported the show through L’Arte Nello Sport, a Fila global campaign in support of the arts.

The “VH4” collaboration showcased the striking photographs of Alex and the exquisite copper etchings by Han.

Alex is an ace photographer, well known in elite circles for capturing the faces and lifestyles of the crowd. For this exhibit, he displayed a different side of his artistic passion, with photos of landscapes, cityscapes and still life captured from his travels here and abroad.

Inspired by nature, Alex presented a greenscape of photographs, with geometric shapes playing with light and shadow.

Han is widely regarded as one of the contemporary masters of copper-etching art throughout Europe. He made his first etches when he studied at Royal Academy for Arts and Design at The Hague.

Among his favorite subjects are birds, mummies, cows and bulls, sheep, architecture and history.

One of the founders of The Etch-club of The Hague, Han enjoys a reputation as one of the top 20 practitioners of his art. Much of his inspiration comes from the farm he calls home.

Part of the proceeds of the exhibit will benefit Real Life Foundation, an educational-advocacy organization dedicated to severing the poor.