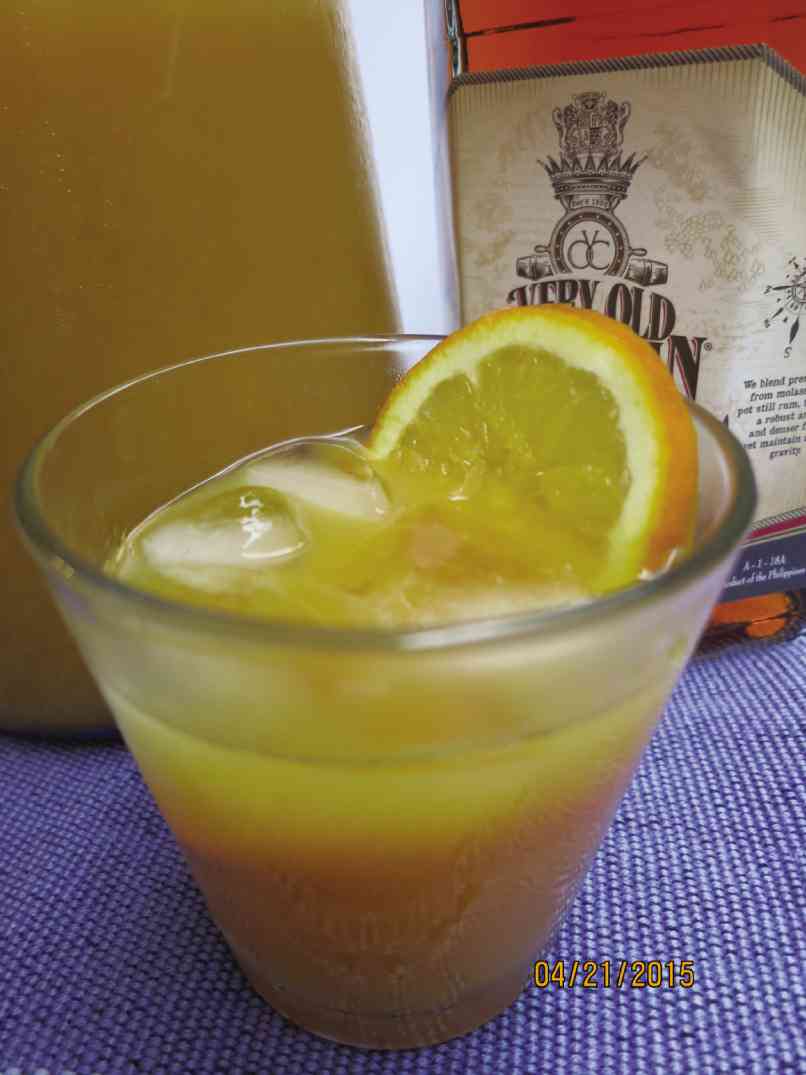 There were “mermaids” lounging by the pool. A sailboat was drifting languidly on the water. Here and there were old treasure chests that looked like a pirate’s haul, with liquor bottles and strands of pearls nonchalantly tucked under fishermen’s nets.

It was enough to create a feeling of being at sea or at least on an island, which was probably the whole point. After all, the event was the launching of Destileria Limtuaco’s newest product, Very Old Captain (VOC) Artisan-Crafted Dark Rum.

“Rum and the sea are closely associated,” says brand ambassador and sailing enthusiast Apa Ongpin. “Very Old Captain rum tastes great on a boat. Perhaps it’s because the taste of salt air contrasts perfectly with the light caramel overtones of the rum.”

VOC rum is the result of a collaboration between Destileria Limtuaco, renowned spirits expert Robert Piggot and Ongpin, with fifth-generation master blender and Destileria Limtuaco president Olivia Limpe-Aw doing much of the spade work.

With the success of Paradise Mango Rum in the 1990s, Limpe-Aw set her sights on producing a Philippine rum that could compete with the world’s best in the global market. With help from Piggot, whom she met during a distilled spirits industry conference in Kentucky, Destileria Limtuaco successfully produced its first small batch of distilled heavy rum in 2008, which they put into oak barrels to age.

Five years later (in 2013), when it came time to taste the rum, they were amazed at the quality of the pot-still dark rum. Limpe-Aw then decided to blend it with a lighter rum, made by continuous or column distillation.

A few months later, during an editorial meeting in Asian Dragon Magazine which Limpe-Aw publishes, her husband Benny arrived with samples of the new blend. Ongpin, Asian Dragon executive editor, was greatly impressed.

“It’s a quality dark rum with the smooth characteristics and flavor nuances of a fine whisky or cognac,” says Ongpin. “The aromatic quality is amazing.”

It turns out Ongpin himself is a rum connoisseur. He suggested the name Very Old Captain rum, in reference to the company’s Old Captain brand which was popular in the ’70s and ’80s. He got involved in the packaging and overall design; soon he was telling his sailing friends about it. By then he had become the de facto brand ambassador.

Since rum is made from sugar, it seems only right for the Philippines, a sugar-producing country, to excel in rum-making. For VOC, the molasses used is especially produced to its specification by Central Azucarera Don Pedro in Batangas.

“The molasses used for Very Old Captain rum is one of the best blackstrap molasses I have seen,” says Piggot, who has worked in the distillation industry for 40 years.

On the other hand, Jay Labrador, president of The Wine Steward Inc. and a lecturer on wine at the Center for Asian Culinary Studies, is impressed by VOC’s golden honey color “with a touch of amber.” He finds the aroma “rather woodsy at first, but giving way to caramel and molasses… Some butterscotch makes an appearance at the finish, although it ends on a dry note.”

All these descriptions can make even a nondrinker like myself want to imbibe some of that rum. There’s no need to drink it straight, however. As guests found out during the launch, VOC rum is a great mixer and can be used to make cocktails like rum sour, rum and cola, and Mai Tai.

Combine sugar and water in a small saucepan. Bring to a simmer until sugar melts completely. Remove from heat and let cool.

Combine the sugar syrup, Very Old Captain rum and orange juice in a large pitcher. Mix well. Stir in the orange slices and ice cubes. Pour into cocktail glasses and garnish with orange peels or orange wedges. (You can also mix this in a punch bowl and serve the drinks in punch glasses.)

You can prepare the sugar syrup ahead of time. Keep in refrigerator until ready to use.

For a more potent drink, you can increase the amount of VOC rum.