A ‘slippery’ Sunday with the Azkals | Inquirer Lifestyle ❮ ❯ 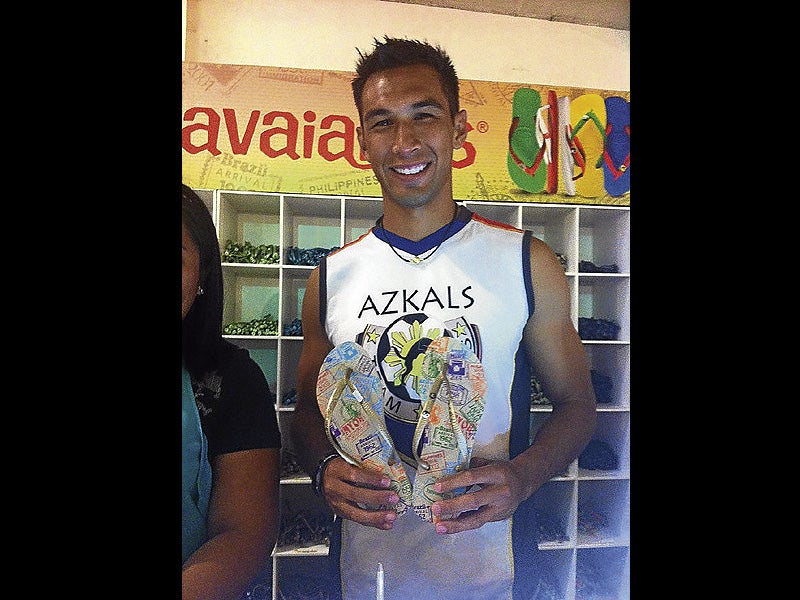 A ‘slippery’ Sunday with the Azkals 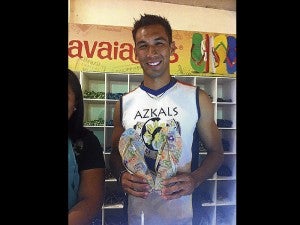 EVER since the first “Make Your Own Havaianas” event, it has always been my dream to be one of the folks who were in charge of assembling the customized rubber slippers. 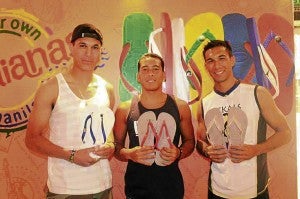 This year, I tried to make it come true by asking if I could (pretty please) have a shift on Sunday, but my hopes were dashed after learning that the assemblers had to undergo several training and practice sessions—which I had not accomplished.

Still, they asked me if I’d rather spend the day hanging out with the Azkals instead to chat them up while they had their own flip-flops made. I didn’t even have to think about it. The idea of assembling pair after pair of slippers paled in comparison to tailing well-built athletes while they chose footwear.

The Azkals had a game that afternoon, and only three were able to make it—Anton del Rosario and two new additions to the team, Nate Burkey and James Rochlitz. Their arrival made the Havaianas fanatics temporarily forget their flip-flop cravings as everyone young and old-rushed to have their photos taken with the footballers. 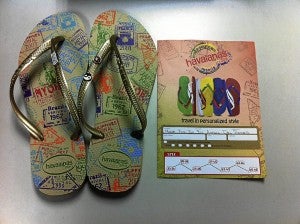 The guys, after debating whether they could pull off hot pink pairs, decided to nix the idea of pink flip-flops and opted to go for neutral pairs instead, while focusing more on the pairs they were making for their special girls (cue the awwws and melting hearts).

The three were allowed to assemble their own flip-flops without the necessary training, probably because of their natural athleticism and upper body strength—they were least likely to poke their eye out with the forceps for attaching straps, something I can’t guarantee for myself.

While my brief afternoon with the Azkals was fun, it’s still a dream of mine to assemble customized Havaianas—maybe next year.