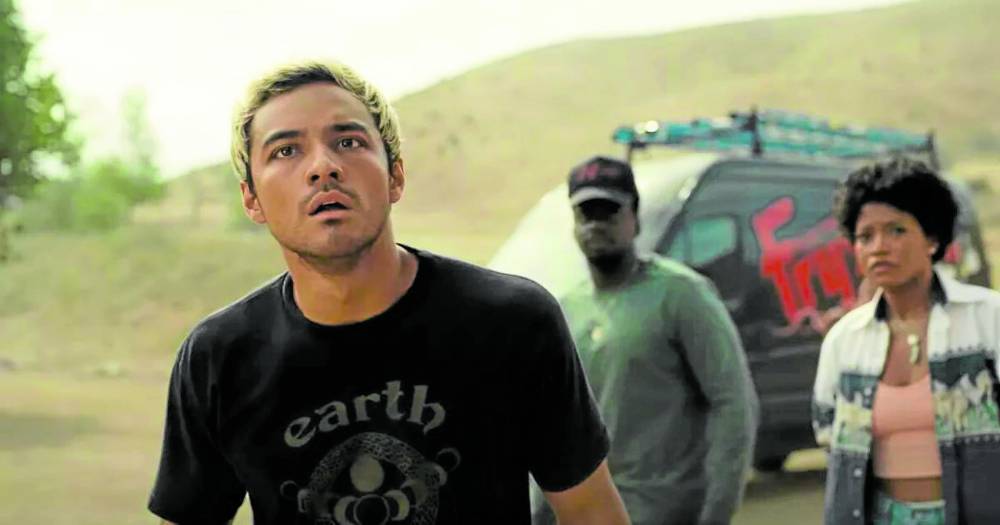 What’s a bad miracle? They got a word for that?” asks OJ Haywood’s Daniel Kaluuya to his sister Em after discovering the incontrovertible existence of something extraterrestrial on his very own ranch in Jordan Peele’s third movie “Nope.” It’s a moment of moody contemplation that feels like a double-edged sword. On one hand: cool, there is indeed life out there and it’s here on Earth. On the downside: what’s the purpose of such a revelation? Why them at their isolated ranch? But also, how do the siblings survive it and maybe kinda sorta also make money off of it? Jordan Peele’s three movies have the same feel and thematic vibe to me. At its core there’s something awe-inspiring and yet lethal awaiting discovery, a powerful secret that conjures doubt even as such incredible beauty moves the watcher to the beginning of terror.

It’s still a source of amusement for me that Peele, one of the best American comedian and sketch comedy writers, is an accomplished and now feted horror filmmaker. The guy from “MADtv,” “Saturday Night Live” and, of course, his own “Key and Peele” is a legit director. If you’re observant enough, you’ll even see a reference to his “MADtv” days buried in one of the lesser scenes in “Nope.”

There are only a few good directors of Black descent internationally, much less of African American blood working in Hollywood like Peele. But the guy can trace his lineage of cinematic inspiration with a clear highlight—his roots lie deep among the canon of elite genre directors like John Carpenter, George Romero and Stanley Kubrick. It’s at their altar that Peele worships.

Everyone was surprised at how astute and entertaining Peele’s debut movie “Get Out” was in 2017. It garnered critical praise, Oscar nominations and a win for Best Original Screenplay. It also dominated the box office with a whopping $250+ million return. All from a paltry budget of less than $5 million. “Us” in 2019 was less well critically received, but it still earned a tidy profit for the horror studio Blumhouse and distributor Universal, bringing in audiences to theaters with its premise of killer clones gone wild.

Now that the dust has settled on the wonderfully enigmatic and yet still entertaining “Nope” we can safely say that Peele’s work is officially a box office draw. “Nope” has become his third movie to debut at #1 theatrically, surpassing a return of $100M, according to domestic US statistics.

That said, his movies have varying degrees of success in execution. Let’s take a look at and judge Peele’s three movies with a ranking from worst to best. Be forewarned that there are SPOILERS AHEAD for all three movies. 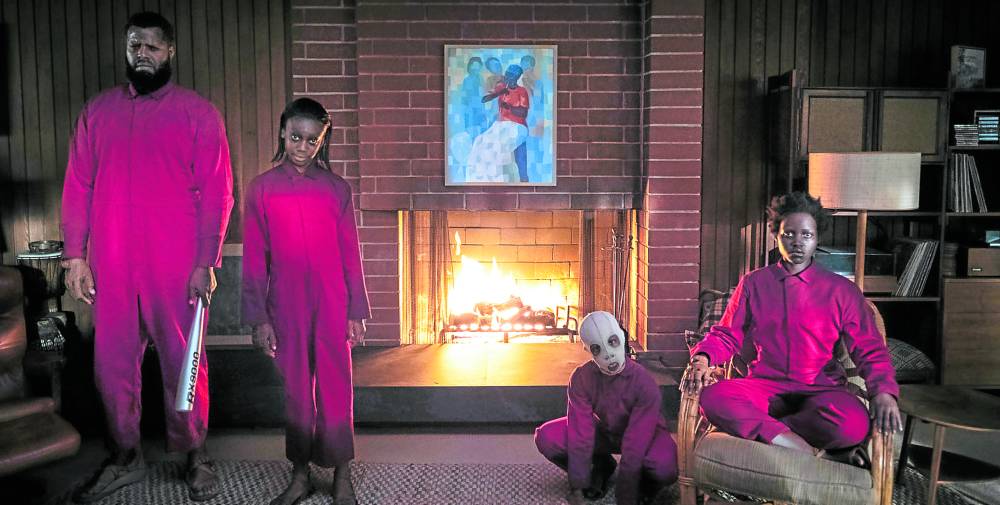 I was enjoying the domestic troubles of the Wilson family up until past halfway, at the start of the third act, when the movie just decided to go M. Night Shyamalan, ruining its good credit. The mystery and suspense it had built from the first scene at the carnival fizzled out swiftly before I could even say doppelgänger.

Sure, there’s a performance by Lupita Nyong’o as both Tethered and terrified mother that had genuine scares like a rung champagne glass. Combine it with plot twists, a creepy atmosphere, generous enough gore, slasher vibes, and sure it’s not a bad way to pass the time.

For me though, it’s a sophomore slump working its bad, bad miracle. A terribly paced narrative, at its worst, it fails to capture the same balance of wit and horror of Peele’s first movie.

The main ensemble is infuriating and never quite recover their agency. Of course they’re unprepared as heroes and make stupid choices, but for Elisabeth Moss’s Kitty Tyler and her tumbly twin daughters to actually steal the show is a big letdown in the character development front. The bumbling husband was the worst! Especially with the repeating comedic trope of Black people on the water. A joke about the boat wasn’t funny at all the first time, it was fatiguing when it was repeated. Huge opportunities for clarity are squandered at almost every plot turn. Too bad because the concept of The Tethered is both intriguing and actually pretty damn scary. This is what happens when you’re chasing a metaphor that hasn’t been crystallized from a filmic visual to actual threaded scenes. Going off target to overcompensate a half-baked idea, choosing the surreal and absurd route to obfuscate that weakness is a mistake of overcorrection. Happens when you’re aiming at the ether of horror but end up in the country of disgust.

I did like the how the fear of clones and doubles rising up to take revenge and replace us illustrates the root and echo of the terror of white people about minorities. The fair-skinned suspect that people of color are actually better than them, and so are terrified of becoming—to use the tired alt right word—”replaced.” Sadly, the twist at the end that Addy is one of The Tethered has a cushioned impact. The logic for its premise didn’t really hold up to intense scrutiny in the first place.

All in all, having this at the bottom of the triangle isn’t the most awful thing. “Us” may suffer from predictability, it may lack the subtlety of its predecessor (which set a pretty high benchmark, no doubt), and had a letdown of an info dump, but it’s still way better then all of the “Twilight” movies combined. 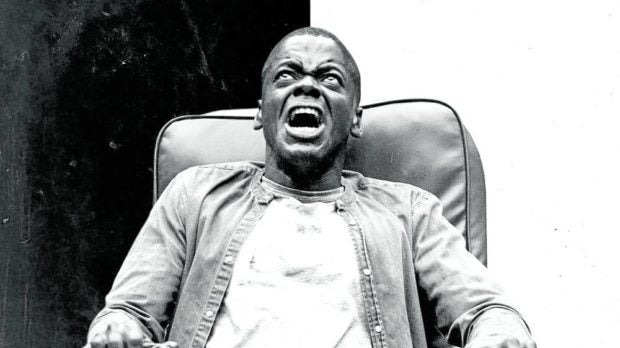 It can be argued that “Get Out” is the most socially relevant and astute horror movie ever since George A. Romero critiqued social division and US race relations on “Night of the Living Dead.”

I can see why. This movie is almost perfect in that simplicity and minimalism are its bywords.Premised on the fear of the colored races, especially Blacks in the United States, that happens when groups of solicitous affluent white people are suspiciously nice and generous towards them, Peele’s play on this terror takes it to its logical extreme: yes, white people are hypnotizing young and virile Black people for their sex slaves. And more! Its psychological horror has very clever place setting, albeit compared to “Nope” we see now it is a bit less clever in execution. However, where it shines is in its unrelenting tension and suspense. We all kind of knew that Daniel Kaluuya’s Chris Washington was going to be screwed in some way when we start the movie. But what will make a horror fan fall in love with it is how the hero subverts the powerful mind conditioning of the whites simply by being himself. How he grew up, his values, his reflex rebellion and just his sheer tenacity serve him well. Chris survives because they—the white people—underestimate him. The story is top-notch but the acting by what was then a mostly unknown Kaluuya is stellar. It’s only really possible because of the supporting role efforts by Allison Williams, Bradley Whitford and Catherine Keener. But especially for the comedic relief role of Lil Rel Howery’s as Chris’s best friend Rod, the Transportation Security Administration Agent.

Peele won the award for Best Original Screenplay at the Oscars for this one. And I feel the four Oscar nominations are well-deserved, since I’ve watched this three times now and haven’t gotten bored yet.

What I loved about “Nope” isn’t just that it was beautifully shot (and I watched it on IMAX, mind), but it possesses clarity of milieu, and so is also robust in that genre’s references and tropes. Then Peele breaks their cliches.

That’s why this movie is at the top of this triad list. As a horror sci-fi movie about the genre of conspiracy theories and ancient aliens, it still genuinely was full of surprises. Plus, it had pitch perfect symbolic allusions for both the casual and the hardcore to revel in when they’re spotted.

That it pays homage to the iconic blockbusters of Steven Spielberg, Ridley Scott and Robert Zemeckis from the 1970s and 1980s is a plus. And because it is inspired by that canon, it’s got solid, relatable character arcs, people who have well-defined motivations, making the Haywood siblings (Daniel Kaluuya and Keke Palmer) and Angel (Brandon Perea) very rootable heroes—even if the viewer is not a sci-fi nerd.

All cultures can relate to the extraterrestrial conspiracy mythos and everyone can share in the infuriating way horror movies have characters that aren’t supposed to be dumb but always make dumb decisions. Acts that way so that they can credibly advance the story.

The title is a reference to that. The asinine, often insensible, totally antisurvival decisions characters take when they see signs of monsters or creatures. Again, just because it’s a horror trope. To all these stupid choices with crystal clear warning signs, the two main Black characters simply shake their head and say “Nope!” backing out of dangerous situations with common sense and sound judgment. To discuss any of the story beyond that would be a disservice to the experience of the movie, which is superb as it immerses you from one head-shaking, terrible discovery to the next. Suffice to say that the premise is about how a conflicted pair of Black, American siblings, OJ and Em Haywood, experience some unusually weird, maybe even supernatural, happenings at their horse ranch out in an isolated valley in the California desert outskirts. What they discover as they investigate is something far beyond what they could even imagine.

Notable here are the terrific performances from Daniel Kaluuya (who also played the main protagonist in “Get Out”) and a great supporting role from Steven Yeun, who plays the greasy, money-
grubbing former child star turned theme park owner Ricky “Jupe” Park.

Though it can get heavy handed in its message of social ills as a repudiation of the casual brutality that goes on behind Hollywood’s cameras, it never gets too obfuscated or surreal in its storytelling. I always prefer clarity over profundity. Thankfully, “Nope” has plenty of both and so raises this to the apex of Peele’s filmography so far.

“Nope” is currently showing in Metro Manila theaters in standard definition and IMAX.