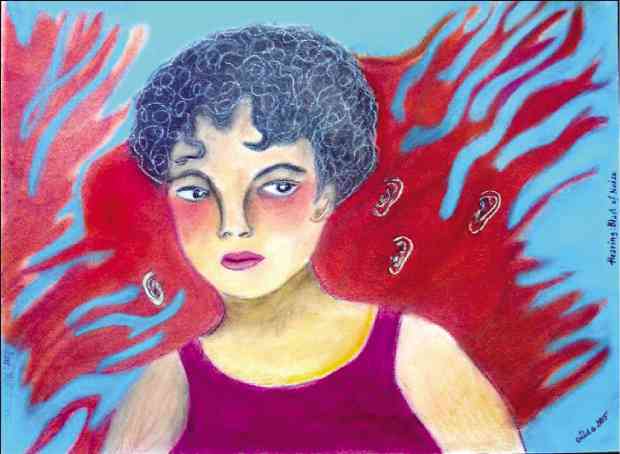 This is the audio version of Facebook. Everyone  wants to put in their 10 cents’ worth, they need their opinion heard/read/propagated

WHY DO people speak so loudly these days? Have they become deaf? Is it an oriental trait? Because I remember being so appalled at how loudly Chinese spoke to each other abroad and Chinese-Filipinos here. Later on, Kapampangans sounded loud to me, too, as well as other regional tongues. English as well.

Such auricular punishment is particularly evident in restaurants—which, unless expensive, are surrounded by plate glass with no drapes or carpets to absorb the noise. And sometimes TV going on as well. You will always be near some table where groups of young or old women or men are talking at the top of their voices when they are only at elbows’ length from each other.

A friend used to make it her hobby to record conversations (gossip mostly) from neighboring tables. Adults won’t get shushed by a barrage of dagger looks. They turn around and you become the ill-tempered loony who gets their dagger looks, or you move to a really distant table (if any).

Once a friend and I were on the way out of a restaurant where a long table of nurses and interns were shrieking their heads off. I wondered what their ward sounds like. I was about to ask what hospital they belonged to, but my friend hustled me out of the door.

Yeah, maybe people have developed a hearing impairment. In the mall beside us even if you’re on the fourth floor, you hear the noise welling up from the activity area down below where some show is going on. Singing, modeling, music or whatever, with non-stop male announcer, all on full audio.

I want to have a massage in the mall, but not if there’s a promotion going on at the department store door, with this blond gay gabbing away.

Maybe it all began with karaoke. Every street had one going full blast for the neighborhood to hear. When did propriety fly out the door? I remember my husband or I shushing our children whenever they were noisy indoors.

Most houses, I’m sure, are quiet; it’s the public spaces that are not. What began the hearing impairment epidemic?

Clue: The maids and the handyman, the delivery boys and teeners strolling by all have earphones. They can’t hear normal voices. I’d bop my driver if he had one on. Instead it’s his cellphone that rings. (Bawal sagutin!)

Of course, I phone my bff Manny Chaves about this matter, as if it were his fault. In Western countries, I say, aren’t people stared down coldly if they speak just a decibel higher than courtesy allows? So what’s the matter here!

This is the audio version of Facebook, Manny declares. Everyone wants to put in their 10 cents’ worth, they need their opinion heard/read/propagated. They shriek it out because the world is noisy.

It is twilight time. The cicadas in the many trees in the garden have begun singing in unison. It is deafening, but, just as abruptly, the crickets stop. Yes, you must agree, insects have better manners.