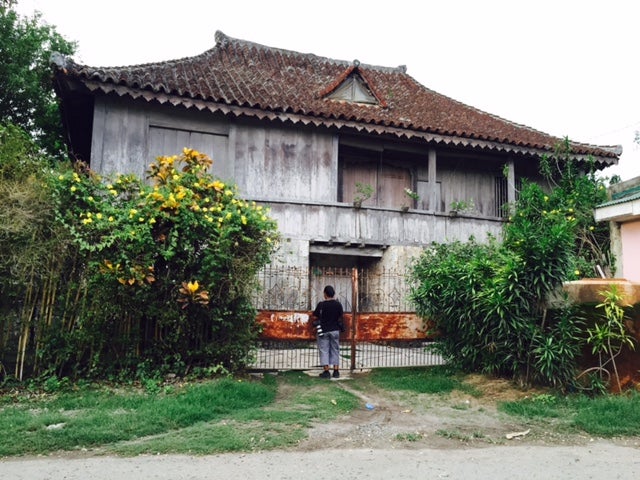 TAGBILARAN CITY—The province of Bohol is famous among tourists for its natural wonders and structures dating back to the Spanish colonial era.

As the site of the historic blood compact, said to be the first international treaty, between a Boholano chieftain and a Spanish general in 1656, the province is replete with heroic, tragic, or just quirky—but in all ways colorful—tales of yore.

It is these tales, as well as the goal of boosting Bohol’s tourism efforts, that has the City of Tagbilaran, together with United States Agency for International Development (USAID), launching next month a heritage walk that aims to promote the city as one of the province’s premier destinations.

The Tagbilaran City heritage walk, which will kick off during the province’s celebration of its Sandugo Festival, will showcase this city’s famous historic spots and delicacies while giving its participants a chance to mingle with the local folk.

For Nonet Bolo, creator of the tour concept, it was high time Tagbilaran City became recognized as a destination in itself and not just a gateway.

“It has always been the issue here in Tagbilaran,” Bolo said.

“People just pass by Tagbilaran to go elsewhere. They go to Panglao, Chocolate Hills, Carmen, Anda, Loboc. But Tagbilaran … it doesn’t ring a bell. It’s just a point of entry. It’s like a transit point—an arrival-departure city,” she added.

● In photos: Bohol’s centuries-old churches two years after the quake

“We want Tagbilaran City to be a tourist destination because previously [it] was just a gateway for tourists,” he told Inquirer.net during a press event here.

After doing some research, Bolo said she found out that Bohol was host to more than 500 heritage houses, 300 of which could be found in Tagbilaran City alone.

Her newfound knowledge, combined with her 20 years in the travel industry as general manager for Tagbilaran-based travel agency Dagohoy World Travel, led Bolo to come up with the idea of a heritage walk in the city.

Sightseeing in the city

Designed to be taken in the morning, the walk begins at the meet-up point in front of the Human Nature shop on M. H. del Pilar Street.

From there, the participants go around the city’s historic schools, houses and churches, among other places of interest.

Holy Spirit School of Tagbilaran, founded in 1926, is one of the first stops of the tour.

Light snacks, such as banana fritters and broas (lady finger cookies), and ice-cold melon juice and hot sikwate (chocolate) drinks, are served in one of the homes being inhabited to this day by its original owners.

The tour is punctuated by a tricycle ride to St. Joseph’s Cathedral. The Catholic faith, according to Bolo, is a strong influence in Bohol that there is a city ordinance requiring tricycle operators to have Bible verses inscribed on the back of their vehicles.

Built in 1595, the cathedral that has undergone several renovations retains both its Baroque and neoclassical features.

Right across from the cathedral, the town plaza and the provincial capitol are also part of the tour, as the guide explains the significance of the location of these three structures.

Proceeding to Sitio Ubos, the trip explores the Spanish colonial era houses built in the community. One of these houses is Casa Rocha, a bahay na bato (stone house) that displays much of its Spanish, Filipino and Chinese heritage.

Built in 1831, Casa Rocha has a concrete ground floor, an upper level made of wood (said to be a measure of wealth—the wider the plank, the richer the family), and a Chinese-style tiled roof.

These houses are not just architectural feats—they also have amusing, if not intriguing, backstories to tell, like the Ogan Mansion, said to be owned in the 1930s by a Jewish man who had seven wives.

The tour also makes a stop at former President Carlos P. Garcia’s home, which has been converted into a museum.

Ending the tour is a visit to Jojie’s Pa-initang Bol-anon at Tagbilaran City Square, a restaurant serving Bohol’s famous kakanin (rice cakes or pastries), such as kalamay, puto, kutsinta and dinumugan or suman mashed with banana.

The tour, which goes for two hours, costs P800 per person, inclusive of snacks, tricycle fare and a sun visor cap.