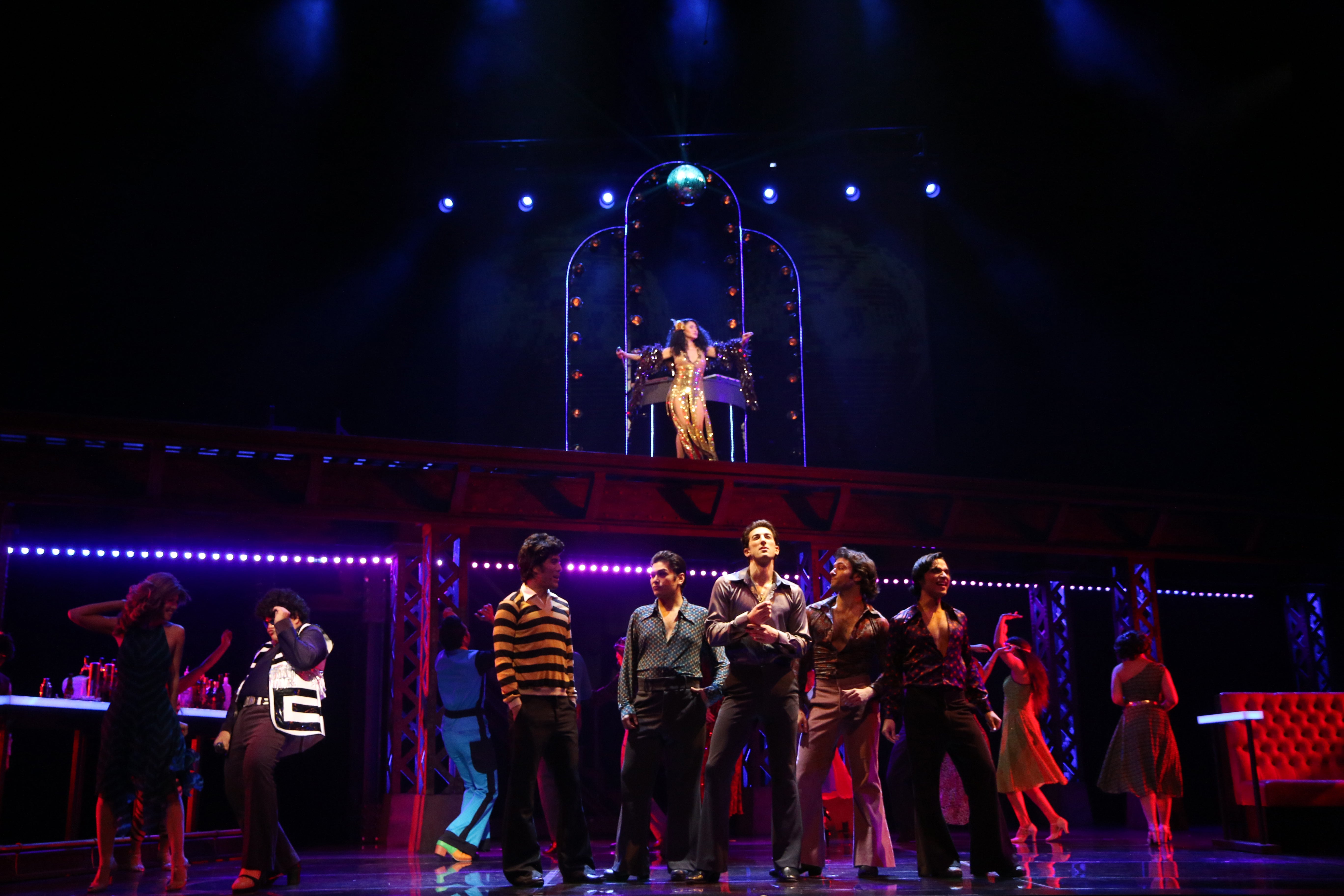 Fever night fever, or why catch ‘SNF the musical’ on its final weekend run

On its final weekend run at The Theater at the Solaire is “Saturday Night Fever the Musical” with originally three shows left. The requests for additional shows have been overwhelming, a matinee show at 2pm on Saturday, July 25, has to be added.

But that doesn’t mean the other shows are fully booked. A quick look at the Ticketworld website tells us the 8 pm shows on Friday (tonight) and Saturday (July 25), as well as the 3 pm show on Sunday (July 26)—the final show of “SNF” in Manila—have available tickets.

Only these and no more extension because “SNF” has to go for its Asia tour, covering—as of press time—Malaysia and Singapore.

One, its lead Brandon Rubendall as Tony Manero is one hell-of-a-dancer-actor-singer. Tall, lean and graceful as a ballet dancer, he is literally towering over the other actors on stage.

He moves not like Jagger—pardon the reference—but much better, a combination of Rudolf Nureyef and John Travolta in the flesh, bursting with controlled energy.

Second reason, the female lead Jenna Rubaii is equally absorbing as Stephanie Mangano. She makes it appear like the usually exhausting combination of dancing, singing and acting on stage is as natural as breathing.

Third reason, it’s not hard to be equally amazed of the performances of Filipino actors Carla Guevarra-Laforteza and Jamie Wilson.

Having seen them before in various local productions, playing dual roles could be second nature to them.

Seeing Guevarra-Laforteza playing Flo Manero, the suffering, meek mother of Tony and transform herself in the next scenes as the sensual, gyrating club singer is a surprise.  The same sensory delight is felt with Wilson as Frank Manero, the drinking macho, easily angered father of Tony transforming in the next scenes as the groovy, cool Monty the club host.

Fourth reason, the millennials may not be familiar with the music of the Bee Gees, or they may have heard them as revivals from other artists, but if there’s a musical experience that’s worth their hard-earned allowance, it’s “SNF”.  It’s just but time they realized that before Boyzone, Backstreet Boys and One Direction, there was the phenomenal now iconic the Bee Gees.

Fifth reason, “SNF” is a perfect date with parents, grandparents or titos and titas who maybe into responsible gaming or into fresh food. (As an aside, the food at Fresh International Buffet restaurant in Solaire is a must-try before or after the show.)

On a more personal note, I grew up listening to the music of the Bee Gees, which started when I saw the original movie starring John Travolta. It was sustained on television by Deney Terrio and “Dance Fever” in the 1980s. I continued as a fan even at the time they were already in retirement courtesy of their “best-of” albums, released in the late 1990s and early 2000s, some of which I reviewed in a “himay-himay” fashion for various publications.

Nowadays, it just but natural some songs we tend to associate with a certain special someone or phases in our lives we don’t dare remember anymore.

So hearing live and being acted on stage the lyrics and music of “Staying Alive,” “Emotions,” “Tragedy,” “More Than A Woman,” and a lot more are goose-bump moments.

It’s just a puzzle why some people in the audience had a certain formality to the point of being catatonic as if they’re savoring a philharmonic orchestra.

“People, you should be dancing, yeah!” are the words I wanted to scream at the Theatre when “Night Fever” was performed by the whole gang on stage.

And there are so many moments in “SNF” when one is informally invited to sing and dance.

The energy is so high after the show, it felt like going to Saloon de Ning and dance till dawn or go binge-eating at Fresh Buffet.

Kudos to the creative team; choreographer Vince Pesce, scenic designer David Gallo, lighting designer Paul Miller, costume designer Eric Pineda and especially to director Bobby Garcia and the rest of Ateg productions for making us feel once again what world-class musical means. (As an aside, the last time we were at The Theatre watching an international musical production, it didn’t feel like one with its nearly bare stage design and sleep-inducing performances. Good thing The Theatre has spacious, comfortable seats for a nice, cool nap.)

Because of them, “SNF the musical” is a Bee Gees tribute concert in itself.

If you don’t know the whole story, catch the remaining shows at The Theatre at the Solaire. Having “LSS” (last-song syndrome) after “SNF” is just but expected.

As that song goes, you’d pray for the moment to last, “livin’ on the music so fine, born on the wind, makin’ it mine.”