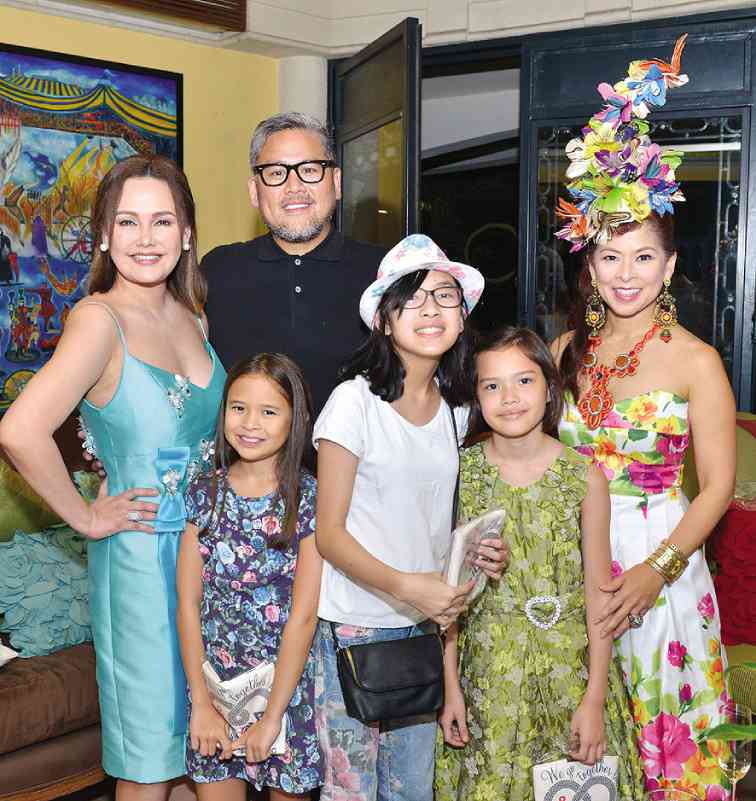 That was a fun cocktail event, dahlings, Philippine Tatler Traveller recently  unveiling its latest luxe volume at the ballroom of Raffles and Fairmont Makati.

The magazine’s cover was shot in Paris, no less, and featured best of pals Barbara Aboitiz and Sevrine Miailhe.

The evening began with the chic crowd enjoying martinis, chilled bubbly and red wine, and a smorgasbord of the finest hors d’oeuvres superbly prepared by Raffles’ executive chefs.

Après a celebratory toast, there was a raffle of specially curated prizes—luxury treats such as a Jewelmer South Sea pearl pendant won by Stephanie Kienle Gonzalez; and a round-trip ticket to Istanbul on Turkish Airlines won by Mr. Ipanema himself, Patxi Elizalde.

The party lasted way past its allotted time, as the rich and famous characteristically don’t comply with rules when they are all having a ball, palangga.

Love 21 BC is the theme of the 21st wedding anniversary of Fila Philippines’ Butch and Cris Albert, palangga.

This was announced in an afternoon party at Tessa Prieto-Valdes’ home. Motif for the pre-anniversary bash was “A Midsummer Night’s Dream.”

As the sun was setting, Rajo Laurel spoke about his vision for the bride and the entourage.

I’m all set for the big day as escort to Cris as she walks to the altar to join Butch.

Spices Restaurant at the Peninsula Manila transformed into an excellent Thai dining place, as it welcomed the renowned Chamnan Thepchana, chief of Thai cuisine at the Peninsula Bangkok. He presided over Manila’s “Tastefully Thai” food festival that highlighted the superb culinary wonders of the Land of Smiles.

Assisting Peninsula GM Sonja Vodusek in welcoming the invitees on opening night were friends from the Thai Embassy and Thai Airways International. The latter raffled off round-trip business-class tickets for two to Bangkok plus a stay at Peninsula Bangkok.

The festival was a smashing success and many clamored for an extension, but Thepchana had already committed to another Thai food fest in Hong Kong.