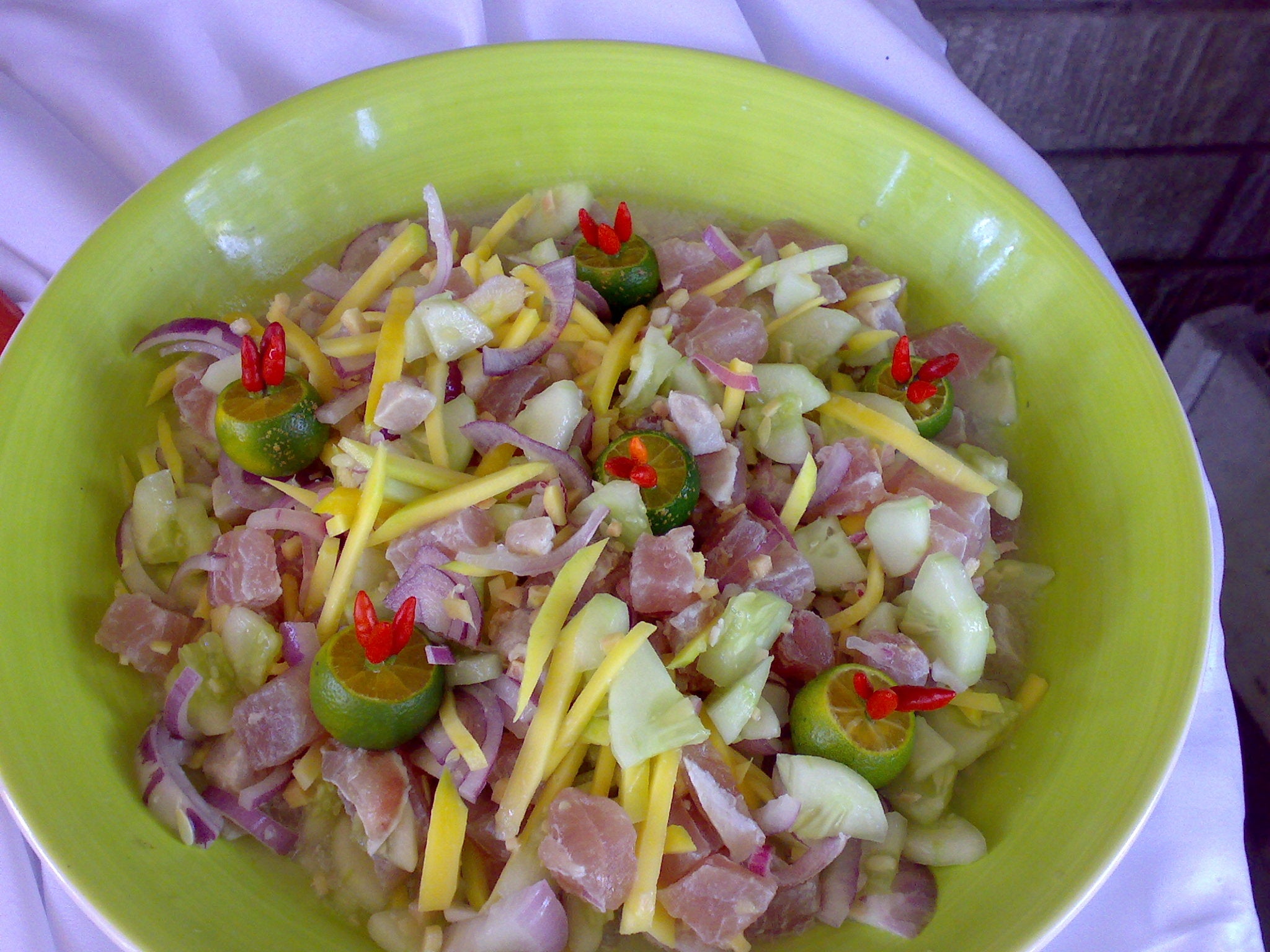 Can a food writer cook?

This column was inspired by Nora Ephron’s “The Story of My Life in 3,500 Words or Less.” It’s the story of my cooking life in 800 words or less, and will hopefully answer the husbands of my classmates, who have asked if Micky cooks.
My grandmother who was known for her cooking didn’t want children in her kitchen until they were old enough to help make mayonnaise from scratch or to stir the pasty heavy jaleang ube (purple yam jam) as it simmered.
It didn’t matter that I was only four years old and had to still build the muscles for the task. I was an extra hand.
My sisters and a brother grew up knowing our station in life. Either you cooked or you washed the dishes. I belonged to the latter group and, to this day, I am happiest when I’m before the kitchen sink.
I also belonged to the taste-test group with my younger siblings and, every summer, my weight would balloon, which I would lose anyway come school time because my baon was always inedible.
I dared to make my sister Tin’s brownies during a cooking party at my boss Marilyn’s place. When one of the pieces fell and landed on a crack in the tiles, it created an urban myth that Micky’s brownies were so hard they cracked floor tiles.
My mother didn’t worry that I didn’t know enough about cooking when I got married. She just gave me Nora Daza’s “Let’s Cook with Nora.”
I thought I’d get by like Mama who was an architect and didn’t have time to cook every day. She had a cook, after all, just as I had all these years.

My husband’s family, however, may have been alarmed because my mother-in-law and her sisters came to the house and taught me the basic Waray dishes my husband loved.
That was when I learned how to make humba, those sinful blocks of pork with jiggly fat cut in squares and which the longer you keep, the better the taste.
They taught me the family’s version of binagoongang baboy, where the secret is the clavo de comer (cloves) added to the mix of shrimp paste.
Then the fish cooked as escabeche, fried fish simmered in very sour vinegar colored with dilaw or turmeric.
My sister-in-law, much later in her kitchen in Tacloban, showed just how to do hinatukang manok, chicken cooked in coconut milk.
The moral of the story, however, is if you teach me, I will teach the cook.
The greatest cooking lesson, but really noncooking, was when my husband’s uncle and cousins came for a drinking session and taught me how to do various kinilaw (ceviche). The variety surprised me, each one done a different way, depending on the fish or crustacean.
In Leyte, kinilaw is usually done by the men because this is sumsuman or food that accompanies their tuba drinking.
During the town fiesta, I would always steal a few bites before the dishes were brought to the men who gathered in another place to tell the same stories and sing the same songs.
My forays into the kitchen may have been limited. But there was a time I decided to try my hand at baking, and every day I made different kinds of cookies and brownies. That was stopped immediately when I noticed how my eldest boy, Federico, was getting bigger.

Upgrade
Yet I did try to upgrade my cooking skills by going to classes. Chinese lessons were done with Cecile Chua Chiaco whose recipe of noodles with kutsay flowers I still do to great success (at least to my boys). She was bewildered that I was inept at making dumplings. To this day, wrapping food is my Waterloo.
Early on in my writing career, I just had to go to the Thai Cooking School at The Oriental in Bangkok after having read about it in a food article. Chef Sansern was a good teacher, and funny. I can still quote his many missives, but my friends would rather I cook what I learned.
My excuse has always been: I study cooking to learn about technique.
My work has brought me to many parts of the country and the world, getting to know cooks, chefs, artisans, nutritionists, anthropologists, historians and writers, and adding to my knowledge of cooking techniques and ingredients.
Most of my work has given my palate a multitude of taste memories.
And so to answer my classmates’ husbands, a very good food writer (and cook), MFK Fisher, wrote that it may be better that a food writer doesn’t cook because if her cooking is not good enough, people may say that she has no right to write about food.
But can I cook? I do a mean crab cooked in ginger sauce, Nora Daza’s party pork and beans is a family favorite, and my roast turkey costars at the Christmas table with the lechon.
My greatest achievement is inspiring my son, Horacio, to cook. He does an even meaner pata tim, sukiyaki, pansit pusit and shrimp gumbo.
E-mail the author, [email protected]