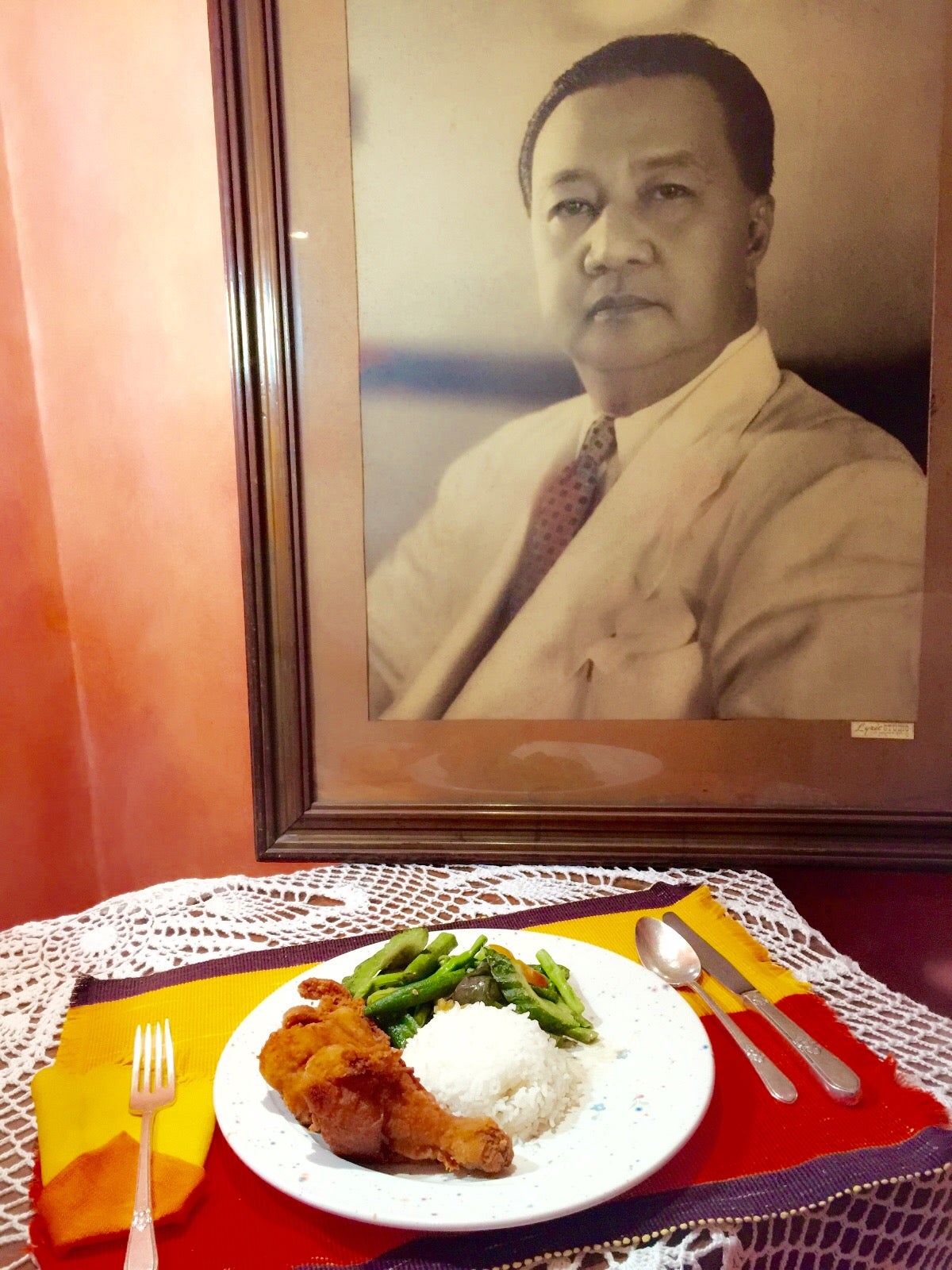 My cousin Cory Quirino and I had a lengthy chat about her grandfather, Elpidio Quirino, the sixth Philippine President, whose 125th birth anniversary is on Nov. 16.

There always seems to be something magical when somebody shares fond, intimate moments with a loved one.

For Cory and her lolo, though, the time they spent together was brief; she was just 4 years old when he passed away. Though in her mind the memories seem distant, they surely are not forgotten.

Her image of Apo Pidiong was that of a man dressed in white who spoke with a firm yet reassuring voice. During early morning walks he carried her while pointing at the peacocks in the garden. (Cory added that a Malacañang historian had confirmed that the presidential palace had a mini zoo with peacocks.)

He also loved to sit Cory and his other grandchildren—Butch, Eddie and Marivic—on his lap.

To him, however, nothing rivaled his native cuisine. He loved Filipino cuisine so that he never traded his beloved comfort dishes for more sophisticated Western fare.

The gentleman from Vigan— whose ancestors were from Abra but settled in Caoayan, Ilocos Sur—never outgrew his childhood penchant for all things Ilocano.

Recounting the tales of Rusty Ponce—who comes from the fourth generation of cooks that has served the family of Cory’s grandmother, Alicia Syquia, since the 1700s—Cory said that President Quirino and the First Lady’s favorites were Vigan ukoy; pipian (a dish of Mexican origin inherited from the Galleon trade which is now very much a part of traditional Ilocano food); dinengdeng; and seasonal specialties such as fresh bacalao and the rare ipon fish.

But the meal he really loved was native fried chicken (rubbed with a little calamansi and toyo, seasoned with salt and pepper, fried in hot oil until very crispy) and pinakbet with steamed rice.

It is good to know that Apo Pidiong had remained a GI or Genuine Ilocano to the core.

Here are recipes of President Quirino’s favorite dishes as served at the Syquia mansion in Vigan. To this day, Quirino descendants who visit, reunite to reminisce about the olden days, feast on these dishes.

Beat eggs well before mixing with the flour. Mix egg into the flour, add a little water plus the rest of the ingredients.

Adjust the quantity of the water accordingly.

In a small pan boil slices of bagnet until it softens. Set aside.

Sauté in ginger, garlic, onions and tomatoes in oil. Throw in all the chopped veggies, add the bagnet and bagnet water.

Do not stir. Instead, toss and flip the veggies in the pan.