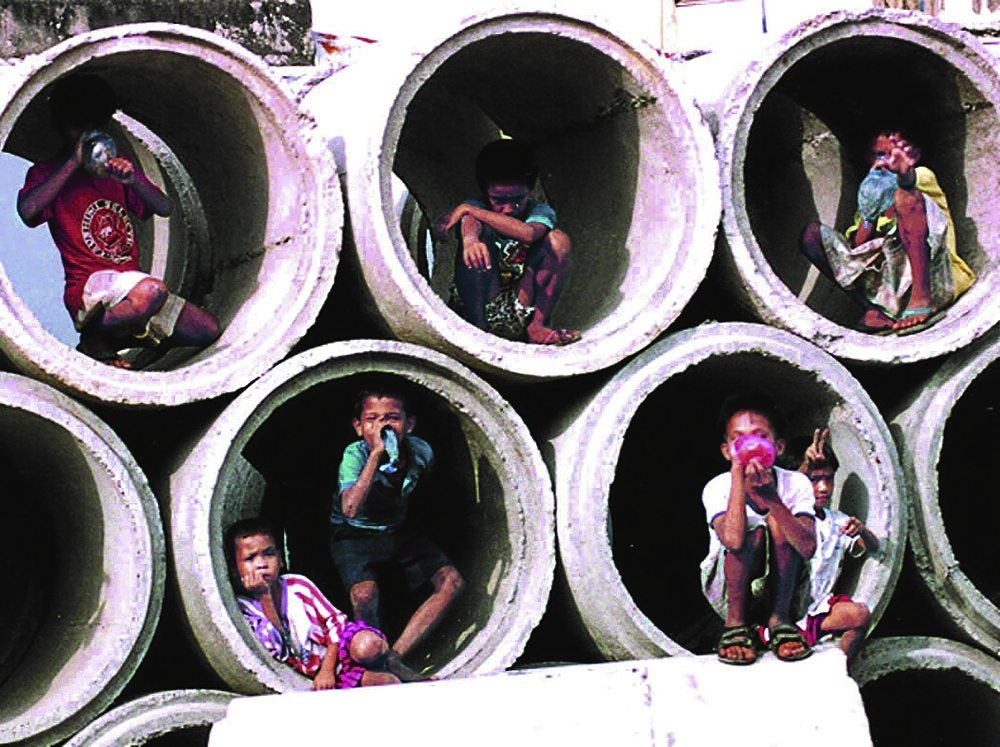 A FEW months back, I talked with the director of the UP Veterinary Hospital to get his help to neuter some stray cats in my college.   Because my first degree was in veterinary medicine, we went into some technical discussions and I asked about the cost of ketamine, the pre-anesthetic that we used when I was still in vet school.

The hospital director answered that they no longer use ketamine because the drug had become so widely abused.  I had actually heard about ketamine being used by drug dependents but had not realized the problem was so serious.   As I asked around about the problems of drug abuse in the country, I was horrified to learn that ketamine is being sold now even in high schools.

Most Filipinos know that there is a drug problem in the country, the local term being more specific in referring to “bawal na gamot” (prohibited drugs), which people usually think of as shabu (metamphetamine) and marijuana. But new and more dangerous drugs are now entering the local market, even as the usual ones continue to destroy many lives.

I am not just referring to the drug dependents themselves but to the victims of drug users who turn to crimes, ranging from petty theft to heinous murders. When you look at the way some of our jeepneys and buses go racing down highways, you can’t help but suspect the strong possibility that the drivers are under the influence of shabu, and could kill.

As if that were not enough, there is the specter too of drug dependency hastening the spread of HIV/AIDS.  This happens when injecting drug users share syringes and needles, because someone with HIV could end up passing on the virus through blood that enters the injecting paraphernalia.

Besides direct transmission of HIV through injecting drug use, a drug dependency problem could also increase the risks for infection with HIV and other sexually-transmitted diseases because drug use impairs people’s judgment and could lead to unprotected sex.

The big question now is whether the government is monitoring all these changes.  The recent execution of three Filipino drug mules, people hired to transport illicit drugs, reminds us of how international criminal syndicates have identified the Philippines as a lucrative entry point for the drug trade because it’s so easy to bribe government officials and law enforcers.

The three Filipinos who were executed were transporting heroin, an opium-derived drug not common in the Philippines in the past. Another drug, cocaine, also seems to be gaining popularity in the country.

Shabu belongs to a group of drugs called amphetamines, and here, there have been changes as well.  Shabu use cuts across classes, but in the last decade or so, middle and upper income Filipinos have been turning to more expensive Ecstasy and other “party drugs,” openly sold in discos.

In Cebu City and General Santos City, HIV/AIDS groups are worried about how injecting drug use is taking new and more dangerous turns.  In the past, Nubain (nalbuphene) was the only drug being injected into the veins; today, even shabu is being used for injections.  I wouldn’t be surprised if we eventually hear of heroin use as well.

Meanwhile, out in our urban poor communities, kids, and I mean very young kids, roam the streets inhaling from plastic bags filled with rugby and other solvent chemicals.  Even when they’re not sniffing, you can tell who’s using these chemicals–they tend to be very hyperactive, their brains totally fried from the poisons.

So what has the official response been? There’s the almost useless drug testing required for people renewing their driver’s license. Drug users know very well that they can just stay off the drugs for a week and they will test negative.  If drug testing is to be useful at all, it has to be done randomly, which school officials are doing right now. But there are doubts too about how useful this testing is since the student ends up being expelled, with little or no support to help them deal with addiction.

The problem is that education on dangerous drugs – which should include tobacco and alcohol – remains moralistic, relying on scare tactics and warnings about arrests.   Teachers need to be prepared to discuss all the drugs that are now available in the country, and what they do to people’s health and lives.

Rehabilitation from drug abuse remains limited and mainly uses cold turkey approaches and shaming methods. More humane methods are needed where drug users learn to understand their addiction and how they can break it.  In the long run, these approaches are more effective.

Given that there are so many drug dependents in the country, one would think that young people can see, and understand, what illegal drugs can do.  But there is a disconnect somewhere, given the way families go into denial and refuse to talk about the problem.  Schools have to teach the young to connect the dots and to realize that, “Yes, drugs ruined Kuya’s life. I can’t allow that to happen to me.”

We also lost an opportunity to educate more people on drugs based on the case of the three Filipino drug mules.  Instead of transforming the executions into a nationwide tearjerker, we could have talked as well about the effects of heroin and cocaine and how they can kill users – as well as those who choose to enter the drug trade.