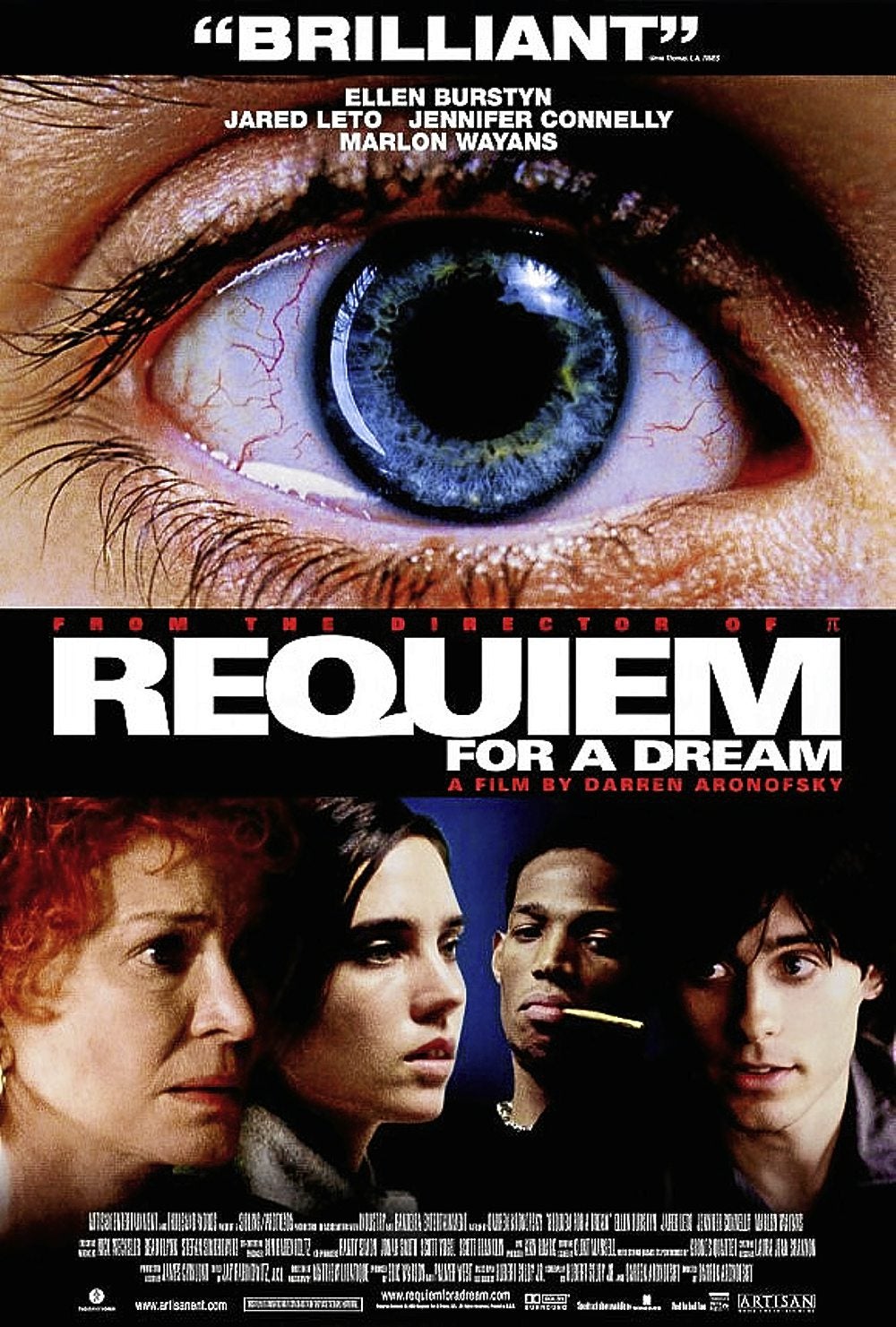 Along with sex and rock ’n roll, drugs and drug use are among the great themes explored by filmmakers. From stark cautionary tales about the wages of indulgence to “trip” movies attempting to replicate the drug experience itself, these movies reflect our fascination with the altered states of consciousness that drugs provide, and their consequences.  The following are just a few that have stuck in our mind, for reasons good and bad.

Squeaky-clean suburban teen gets a taste of the forbidden LSD from her dope-dealing brother.  Soon she’s running naked through the streets and snorting heroin with bikers.  Of course she lands in the psych ward.  In a misguided attempt to get me “scared straight,” I think, my father took me to see this movie when I was a teenager, at the height of the local drug culture.  It had the opposite effect, mainly because the hidden subtext was “everybody’s doing it.”

At around the same time, they were showing this hippy-dippy Peter Sellers comedy on local TV.  Straight-laced lawyer Sellers accidentally ingests some brownies laced with mary-wanna.  Next thing you know, he’s wearing long hair, beads and a Nehru jacket and is shacked up with a gorgeous hippie chick, listening to some acid guru reciting Tennyson’s “Flower In A Crannied Wall” and saying “groovy.”  Corny even for 1968, but it has a certain retro-camp appeal now.  Fun fact: the title’s Alice refers to the early 20th century champion of modern art who detailed a recipe for hash brownies in a 1954 cookbook.

Just when he thinks he’s out, they pull him back in.  Frank Sinatra – yes, Old Blue Eyes himself – plays Frankie Machine, cardsharp and heroin addict, in this gritty late noir based on the Nelson Algren novel.  Sinatra’s performance earned him an Oscar nomination, and this remains one of his best films.

Based on a script by Jack Nicholson and starring his future “Easy Rider” co-star Peter Fonda, this Roger Corman cult film about the effects of LSD is unintentionally hilarious now, containing as it does all the tropes of the “head” movie: disjointed editing, wild colored lighting effects, ecstatic dancing by women wearing body paint.  In other words, it resembles nothing so much as your average music video.

After his breakout debut in “Serpico,” Al Pacino played a young heroin addict struggling to maintain his habit on the streets of New York.  Based on a series of articles that appeared in “Life” magazine, the film attempts a realistic portrayal of junkie life with its cinema verite approach.

Based on actual experiments with mind-altering substances while immersed in a sensory-deprivation tank, this Ken Russell science fiction film speculates on the effects of consciousness on the human body.  After studying the effects of sensory deprivation, psychologist Edward Jessup (William Hurt) ups the ante by ingesting various shamanic drugs while in the tank.  He starts to feel himself devolving, first into primitive human ancestor, then into a misshapen humanoid creature.  But is it only in his mind, or is he changing for real?

Matt Dillon plays the titular “cowboy” in this Gus Van Sant movie about Portland druggies who feed their habits by burglarizing pharmacies.  It’s all fun and games until a young girl in his crew (played by Heather Graham) ODs, and they are forced to flee after hiding her body in the attic.  Features a cameo by literary icon and legendary drug addict William Burroughs, author of the book on which the next film is based.

Only David Cronenberg could have filmed William Burroughs’ semi-autobiographical novel about his drug addiction. Especially memorable are the hallucinatory sequences involving the “mugwumps,” insect-like creatures addicted to “bug powder,” interspersed with scenes depicting Burroughs’ real-life shooting of his wife during a drunken William Tell stunt.

Leonardo di Caprio stars in this movie based on the life of poet and early punk rock icon Jim Carroll (“People Who Died”).  High school athlete descends into a sordid life of petty crime and prostitution in order to feed his heroin habit.  The only thing he can hold on to is his poetry.

Johnny Depp plays Raoul Duke, the thinly-veiled persona based on “gonzo journalist” Hunter Thompson, on whose book this Terry Gilliam film is based. Together with his sidekick Dr. Gonzo (Benicio del Toro), Duke embarks on a drug-fuelled road trip “into the savage heart of the American dream,” hallucinating reptilian creatures and terrorizing the squares.  This is actually the second film based on Hunter Thompson’s book. The first was “Where The Buffalo Roam” with Bill Murray in the Duke role.

If you really want to scare your kid straight, this is the film you should take him (or her) to see.  Darren Aronofsky’s brilliant adaptation of the Hubert Selby novel is a descent into the personal hell of addiction.   The central characters, played to perfection by Ellen Burstyn, Jared Leto and Jennifer Connelly, slowly lose their grip on sanity and eventually their humanity as addiction takes over their lives.