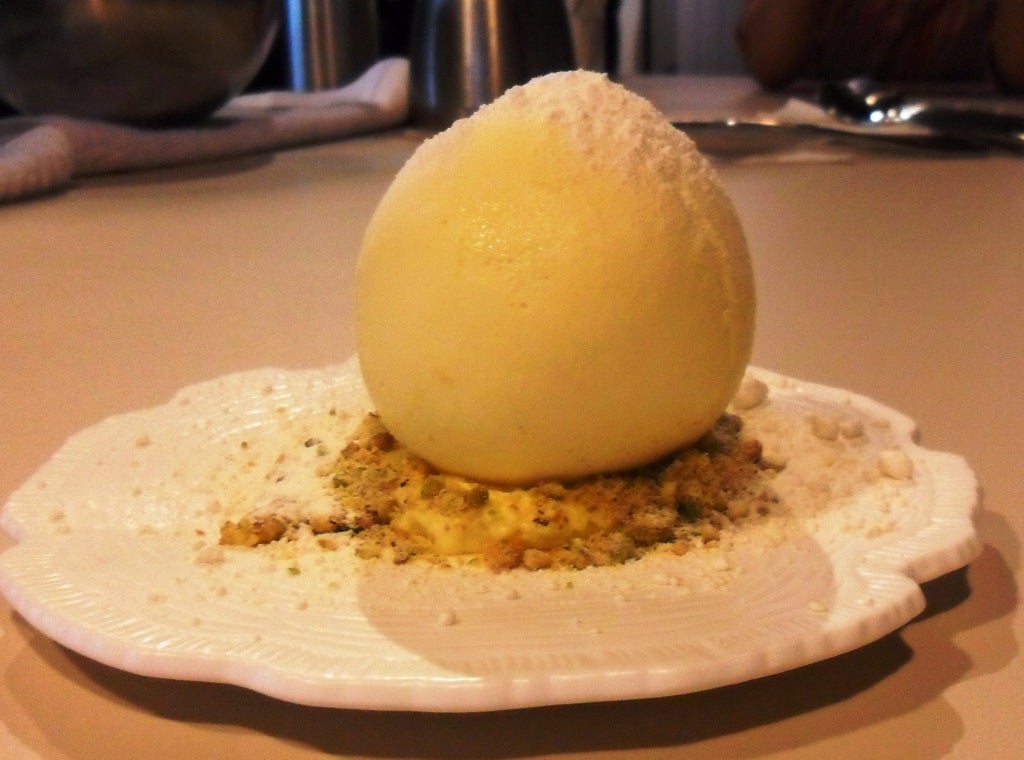 We were curious to meet the man behind Gaggan, the No. 1 restaurant in Asia in 2015, and ranked 10th in a sponsored listing of The World’s 50 Best Restaurants.

Before even saying a word about how he prepares food, chef-proprietor Gaggan Anand put everyone at ease with his repartee. First, he said that both Indians and Filipinos aim for the same jobs in Dubai and in the call centers. And then he paid tribute to the Philippines for being the biggest producer of a basic ingredient in molecular gastronomy—carrageenan, obtained from seaweeds.

Anand opened his restaurant in Bangkok in 2010, with a mission to present Indian cuisine in a new way, mainly through methods learned from his stint at chef Ferran Adria’s El Bulli research center in Barcelona.

A demonstration of those techniques was held recently at a private residence.

Anand made a yogurt sphere, reminding us that Adria first did it with olives. Plastic-like packs containing a powdery substance were passed around.

In our mouth, the pack melted away; what followed was the taste of salted nuts, different kinds. Although edible wrappers aren’t entirely new to us, (the Chinese candy White Rabbit comes to mind), we learned its Japanese name—oblate, or film-like rice paper.

Next was a kind of fish ball made from the local snapper, covered with a black batter, fried and topped with a white substance. The black color came from charcoal powder—an edible version, Anand assured us—that was mixed into the batter.

The last demo employed one of the first must-haves in a molecular gastronomy kitchen—the cream whipper, liquid nitrogen and a balloon. Place any mousse recipe in the cream whipper, he said, and let it do its work. Fill the balloon with the mousse mixture, then dip the balloon into the liquid nitrogen which freezes it instantly. The balloon is then scraped off the now solid mousse. Instant dessert, sort of.

Mango was the main flavor of the mousse, another reference to Indian and Filipino tastes. Anand said he likes Philippine mangoes because they retain some sourness— the way fruits used to be, he noted.

Every visiting foreign chef is asked what Filipino food he has eaten. For Anand it was pancit palabok but he had to verify the name from writer Cheryl Tiu, who brought him over through her Cross Cultures company. Anand said his comfort food is noodles with spicy sauce.

The following day, he was scheduled to cook his full tasting menu at Gallery Vask of chef Chele Gonzalez. That was an expensive dinner and yet it sold out. It was announced that the two chefs would cook whatever came to mind, served buffet-style. Unlike the studied planning of Adria, that seemed like good old enthusiastic cooking.