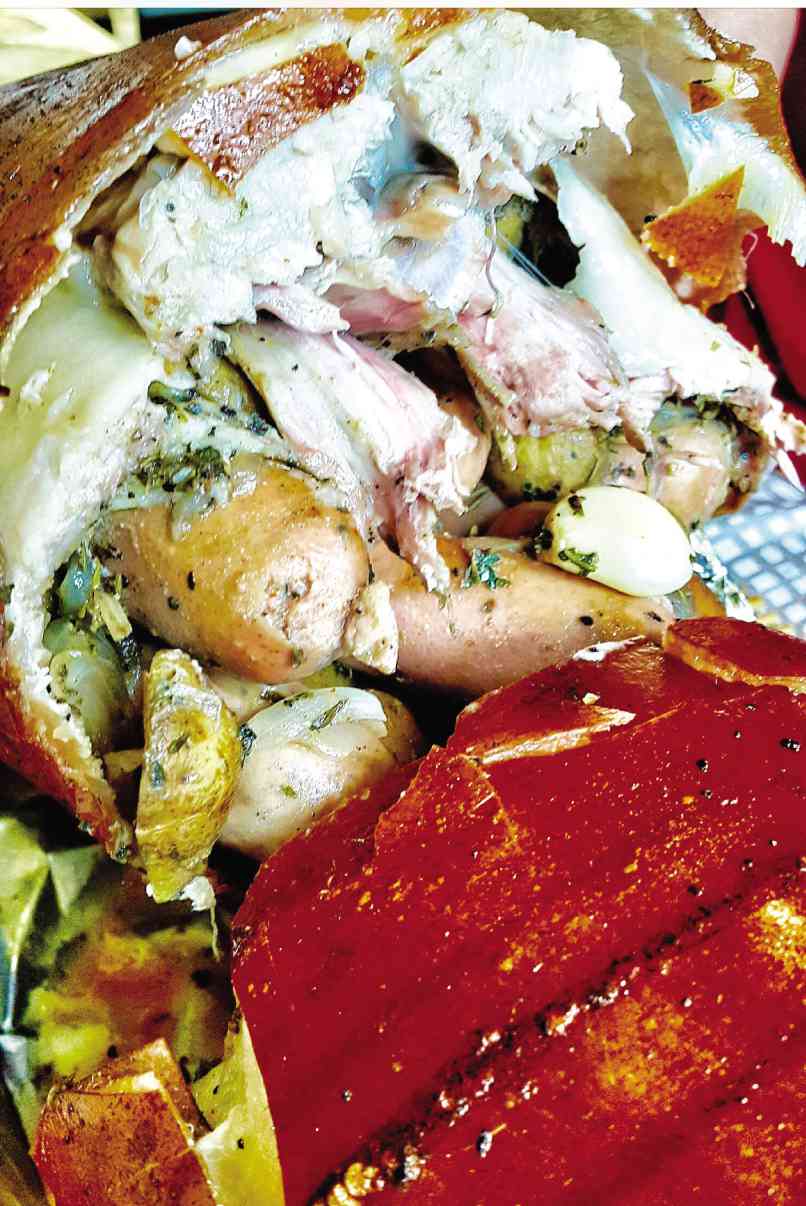 Leonard F. Aquino of Leonardo’s Lechon is a third-generation lechonero who inherited the love for the art of roasting pigs from his grandfather, Leonardo Aquino.

Leonardo’s Lechon dates back to 1947, right after World War II. At that time, the elder Leonardo and his wife Josefina had a small stall in the San Juan Market where the couple sold grocery items and also took food orders.

In time, his reputation as a good cook grew and he became famous for his specialty—Lechon Tagalog (pig basted with a mixture of molasses and salt) that he would roast on an open pit at the backyard of his modest home.

Leonardo later entrusted his business to his son, Sonny, and his wife Marilou. During his tenure as chief lechonero, Sonny realized the need for a steady supply of quality pigs. The kind with just the ample amount of fat to keep the pig’s skin crisp for a longer period of time, coupled with flavorful and tender meat.

Sonny personally chose his community of growers and provided them with financial aid. His decision to do so did not only assure them of quality stock for the business but also provided livelihood to the small-scale backyard farmers they worked with.

Leonard took over the business from his parents, Sonny and Marilou.

Before he became a lechonero, he busied himself with numerous ventures only to find himself craving to carry on what his grandfather and father had worked so hard for.

With the desire to make his mark, Leonard’s determination and efforts allowed the business to evolve further.

“With the current competition in the food industry, we, too, had to innovate to keep up with the changing times while still keeping the quality and taste that has kept Leonardo’s going for 68 years now,” said Aquino.

To the traditional lechon—Tagalog and Cebu—Leonard has added trendier options, like the Hot and Spicy (a variation of Cebu lechon with cayenne and labuyo peppers).

In keeping with the trend of tweaking old-time favorites and adding modern tastes and twists, Leonard created the Gallena, lechon stuffed with herbs and a whole chicken.

Just this August, another creation was borne and he aptly named it the Carnivore—lechon made aromatic by stuffing that consists of an aromatic bouquet of herbs, with three kinds of sausages—garlic, marble potatoes and bacon!

The carnivore, I truly loved. Pork on pork, how can one go wrong!

The trick to eating it, I believe, is to cut through the pig and pick on the potatoes that are so flavorful, while alternately taking little bites of perfectly salted, crisp pork skin. Lechon skin that is tinged with the right amount of salt, for me, is heaven!

Every so often, I suggest, too, you have a bite of sausage just to break the monotony of textures and flavors.

Needless to say, I delightfully partook of the meat, too. It was absolutely tender and clean-tasting.

While I ate the meat mostly without the liver sauce, savoring it in its purest form, enjoying every whiff of its aroma, the addition of the sauce allowed the traditionalists (those who believe that lechon must be served only with liver sauce) to indulge as well.

All of Leonardo’s lechon come with a light liver sauce (not overpowering) and dinuguan.